Hello there! Thank you for taking your time to read my roleplay request thread.

I’m specifically looking to start a roleplay, using my favorite character Yanaike. She’s a very adaptable character and I can easily include her in a broad variety of settings: from medieval fantasy to a more modern fantasy or even sci-fi setting and even though it will be a first, I would also love to try something like steampunk-era or 1800s/1900s time period.

In terms of genres fantasy is a must in the roleplay, because of Yanaike’s skills and appearance. But I’m also fine to go for a fantasy-meet-reality kind of story. Besides that I really love adventure and I tend to include it in every roleplay. After that I’m open for a variety of different themes/roleplays: quests, dystopian worlds, drama, time-traveling, discovery, travelling, manipulation etc.

Yanaike is a young nomadic adventurer driven by a thirst for knowledge. She spend a large chuck of her childhood growing up in the jungle and is pretty good at survival. However in the human world she can be a bit socially awkward and she doesn’t really understand general concepts like ‘money’ and ‘possession’. She has amazing stealth-techniques/thieving skills/hacking skills. In non-magical combat Yanaike uses daggers, crossbows and/or slingshots as weapons. By running on all fours she’s very fast/agile and can easily keep up with bicycles/horses. She greatly suffers from a lack of strength and can have quite a lot of trouble with generally perceived easy tasks (like opening heavy doors). Yanaike is fascinated learning about new things, both by reading about it (books), as well as actually experimenting with stuff. She’s fascinated by magic (if present in the world) and depending on the availability of magic Yanaike can use air-, water- and/or luck-based spells, as well as stereotypical witch-powers like enchanting broomsticks and brewing potions. Her magic is mostly supportive or defensive and not so much offensive. In modern kind of worlds she is fascinated by mechanical gadgets, figuring out how they work and trying to find unique uses for them. Because of her fascination, Yanaike is sometimes easily distracted. Furthermore Yanaike is a bit naïve, often believing in the good side of people. She is not really good at forming her own opinion, and if she does, her mind can easily be influenced by others. One of her most remarkable features is a long monkey-like tail. Due to her tail she often feels like she doesn’t belong among regular humans and that’s why she eventually flees and end up leaving everyone behind, scared of what other people think of her and scared to face any conflicts, moving on to the next city or town. Besides that she’s quite short (only 5’1’’), and has incredibly low weight. She has a slightly sun-tanned skin tone, long straight brown hair and brown colored eyes with an amber-like sparkle in them. She’s often seen wearing a short white dress, accompanied by a black leather jacket. She wears white boots. When she walks her footsteps make no sound, it almost seems like she hovers on a infinitive thin layer of air instead. On her head she often wears a black witch hat and pilot-like goggles strapped around them. Around her neck Yanaike wears a silver heart-shaped necklace with a picture of her father inside.

- I’m quite picky when it comes to my partners. If I feel things are not going to work between us, I’ll tell you. I rather be fair and tell you what’s on my mind during the brainstorm session than causing an even bigger disappointment when we’re already during the roleplay-phase.

- I consider myself to be an elementary to intermediate roleplayer. I’m not very confident about my roleplaying skills, for me it feels like I have yet a lot to learn. Although I try my best and try to create quite fleshed-out characters, settings and ideas.

- Posting irregularly but on average about 4-5 times a week. I’m active in the evening on weekdays (except Tuesday) and during the whole day on some weekends. I might post multiple times a day depending on timezone differences and the amount of inspiration. I tend to give you regular updates of my real life schedule.

- Posting anywhere between 4 and 40 lines depending on inspiration, the amount of stuff you give me to work with and on whatever is happening in the roleplay (a conversation between our characters lead to generally shorter replies).

- Not native English, which means I might be struggling finding the right vocabulary to tell exactly what I want to say. I do use spellings check and google translate (to look up single words, not full sentences) though.


What I’m looking for

An interesting fleshed-out character that matches with Yanaike. A few ideas (more ideas are definitely welcome):

- A manipulative person, able to trick Yanaike in using her skills (thieving, magic) for his/her own advantage.

- An upper-class/rich boy/girl in contrast to Yanaike’s nomadic way of living.

- Adding to the bullet point above: maybe even a royal person?

- Someone who can act as a (magic/combat) mentor for Yanaike (mentor x pupil).

- Another adventurer with different skills/traits?

I didn’t list any plots. That’s because I much rather come up with a plot together with my partner rather than sticking with one of our pre-defined plots. Because of this I’m looking for a roleplay partner who is able and likes to brainstorm and creating new ideas.

Both of our characters should have a clear (and preferably different) objective before we start the roleplay. I tend to keep hanging in the introduction-phase of the RP if we don’t have any set objective. Of course we can always take detours and have side-objectives as well, but it’s just nice to have a goal in mind for the roleplay.

Interested? Send me a PM or reply below with some of your own ideas and maybe we'll figure something out! :D
Reactions: Navuso 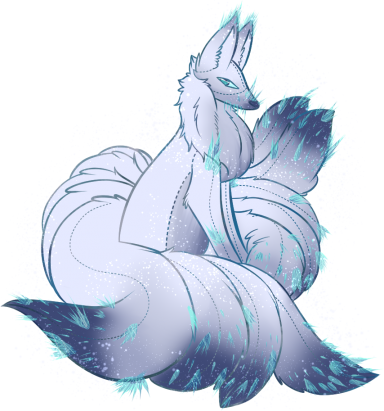 The silence is deafening

Online Availability
Sporadically throughout the day. If not at a computer, then from mobile when I can be.

I think Blake might be a good match with her. He's kind of anti-social and distrusting, is always moving on to the next place, and is a warrior with a fire affinity. (He doesn't realize that he can control fire or create it. It just sort of happens. This is thanks to an incident from when he was young.)

I'll send you his information when I can, which will most likely be after you go to sleep tonight >.< (depends on when I can get to the other house where my working laptop is...)

I might have a character that could work. May I contact you with details once I'm back home ? (or vice versa)

I may have a character that. Would work as both a mentor and use her to his advantage.
Show hidden low quality content