Greetings and thank you for checking out my pit of ideas!

It's well appreciated even if you've only glanced over it! I'm looking to get back into roleplaying, so I thought I'd take a few small steps in the right direction for a hobby I enjoy. Some of my ideas will have a fantasy like element to them, whether it's Sci-Fi or straight up Medieval to which I don't rule out modern fantasy or more grounded stuff, just a heads up that's all. I'm pretty much seeking a partner to connect with and develop some pretty neat ideas. Without further rambling; here's some some rules/guidelines!

Now for the ideas I've worked/fleshed out. I have two so far, and I might add some in the near future too. And don't hesitate to share some ideas you have too, I'm open to most stuff and I'll at least brainstorm stuff

"Shangri La is a large, technologically advanced city built from the ground up after a major catastrophe struck the world. Illegal enhancements involving nanotech, cybernetic and neural implants/prosthetics are some of the major crimes committed by the crime families of the city. To keep their wares and product out of the law’s hands, they often hire powerful enhanced agents called "Broker Agents", some are former law enforcers and others are criminals themselves. To battle the crime within Shangri La and to help Law Enforcement, Shangri La’s governing body creating a specialised division of cybernetically enhanced agents. They are known as "Collectors." Their most common job is to confiscate illegal enhancements and return them to their headquarters "The Prophet's Tower", one of the larger buildings in this city and to investigate other, much more serious crimes."

A child holds something powerful within their neuro-implant to which they become a target for both the crime syndicates and the Prophets. A Broker Agent and Collector, while confrontational at first, decide to help the child escape the city, believing her life to be more important.

“The world of Galadia is filled with magic and myth, Clerics, powerfully trained warriors, seek to protect the world from wars and violence and to leave behind their mark upon the world. Many often Join the Clerical Society to which they go through a rigorous and arduous regime before they are stationed at one of the numerous guilds. Powerful tools called "Arcane Arms" are the common choice for Clerics, to which they grant the wielder untold power through magic. Some Clerics, if they have the aptitude for magic, can harness a power called “Aegis”, Abilities that don’t rely on a conduit such as an Arcane Arm. They can manipulate magic and bend it to their will. Galladia and the surrounding nations have only just ended a century long war, accumulating into peace treaty. What was known as "The Age of Blood" as ended and paved the path for a new, more peaceful age. No time of peace lasts forever as a dark force known as The Velkari, powerful demonic entities that wield tremendous power, are stirring to take back the world above..”


A newly graduated rookie transferred to a particular guild known for it’s rather ragtag-ish roster of not so formal clerics. They find out they are to be partnered with one such cleric that is infamous for not exactly being cooperative with others due to the nature of their abilities.
Here’s some themes I’m willing to brainstorm and build something from, if the above two don’t tickle your fancy.


High Fantasy Adventure - Something along the lines of Dragon Age/Wticher/Lord of The Rings.

Modern Supernatural/Fantasy - Along the lines of Hellboy/Secret World, but more cosmic horror thrown in too.

Mech Based RP: Something ala Gundam, Armored Core, Zone of The Enders, or anything along those lines honestly.

Music themed Drama - Really have nothing to base this on, but I have a few ideas I’m willing to work around with it though.

There’s a ton more stuff I’m willing to do, so just ask if I’m interested in an idea you have. I’m open to most ideas.
And if you’re looking for more of a fandom-esque Roleplay partner, I have some fandoms I’m willing to do. Though I prefer to do a whole new cast of characters within the fandom’s universe. I’m not exactly the best at nailing popular characters. Here’s list for you to peruse:


Soul Eater
Fullmetal Alchemist
Mobile Suit Gundam
My Hero Academia
Final Fantasy
Armored Core
Jade Empire
Dragon Age
Mass Effect
Hellboy
Marvel/DC
Also, you can ask me if I’m familiar with or like a particular fandom you want to do.

That’s about it for what I’m looking for honestly, I do hope whoever reads this decides to partner up. Drop me a PM or reply to this thread and I’ll be sure to contact you.

No worries if nothing grabs your interest though, I’ll just appreciate the look over :p. 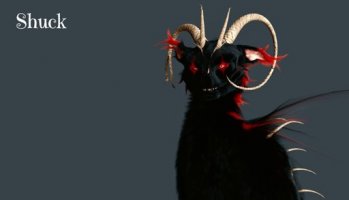 I think a my hero academia rp would be fun I also like the futuristic rp idea as well
Reactions: SerpentJournal

Awesome, I’ll send you a PM tomorrow, it’s getting late over here lol and I need some sleep.

Genres
All of them

Soul Eater Rp sounds like it would be boss! Also I'm digging on the Final Fantasy plotline as well. Dragons and dungeons and magic, oh mai.
Reactions: Darog

I am interested in a full metal alchemist themed roleplay, such as a roleplay of our own story but with elements of that show in our story.
Reactions: Darog
Show hidden low quality content
You must log in or register to reply here.
Share:
Reddit Pinterest Tumblr WhatsApp Email Link
Top Bottom