Hello hello! Dao Ma here, and I'm currently looking into finding some one x one partners to fill my time and hopefully rejuvenate my brain. I am not exactly the best at one x one's (I'm more used to group rps), but there's just some things I'm craving that my normal rp preference just cannot fulfill. My goal is to get some instant and long term gratification, create a wonderful and interesting story, and meet some awesome people along the way. I hope to find someone that may be willing to give me a chance.

刀馬​
ABOUT DAO MA
Here's a little bit of information about me. Anything else you want to know, feel free to chat m up about it. I'm putting it in list form per your convenience.

• I mostly play males, but I do also play female and am willing to play both.

• I normally only use anime style, illustrated, or cg pictures. Real pics are not my preference.

If there's something not listed here but I somehow still catch your fancy, just ask me about it!

• Not opposed to rping with someone younger than me, but I prefer 18+ for anything that could evolve into romance. And yes, I do enjoy smut, so long as there's somehow some kind of story involved to get to that point.

• In terms of redstar, I haven't dived deep into it here, but I'm willing to discuss privately about rping there.

PLOT IDEAS
This time around, I actually have some plot ideas. So below I'll give you the premise and what guidelines I may have on them. Anything bolded means I prefer to play.

STADIUM LOVE
fxm / mxm, semi-dark, romance, fighting
For some reason you have had or came into some large sum of money and in one way or another are obligated to become a sponsor for this underground illegal pit fighting organization. Sponsors, in this case, are important money-holding individuals who buy fighters to participate in the underground fighting. Each fighter is bid on much like horses in a horse race, and the winnings are profit for the sponsors. It is time for you to pick your fighter, and you notice that that one of the more interesting up-and-coming fighters had just gone onto the market. Deciding that it was probably either the best selection or a very risky one, you pick him up anyways. But what you find from this fighter, is that he is a young man with a personality that you would never expect.

Though his in-combat persona is something of a confident, arrogant and slightly cocky young man, you find that he's probably the most innocent soul you'd ever meet. He's actually pretty socially awkward, somewhat timid albeit easily excitable. He's got a sunshine optimism about his personality, and oddly enough, he's a complete nerd. But besides all that, you can tell rather quickly what damage had been done from his previous sponsor. Is he worth a shot? Or is he someone to strip down and mold from the bare bones?


DESTINY BOND
fxm / mxm, historical fantasy, time traveling, possible romance?
Your older sibling had mysteriously gone missing several years ago. By now, everyone had accepted that they are probably dead. Even part of you accepts that reality. But one day, while out on a field trip with your class (high school or university), you saw a strange object that conveniently rolled over by your foot. When you picked it up,
you felt an overwhelming dizziness come over you. You think you passed out. Maybe you hit your head. Because when you woke up, you found yourself somewhere completely different. Swords were clashing, and you could hear battle cries from every direction. It really must been a dream. There's no way you could have traveled into the past.,
right? Right???

That's when you get picked up by a bewildered looking samurai. As if he was staring at a ghost, he hastily saves you from getting sliced down from another armor clad man. And after that... well... it looks like there may be a bit of mistaken identity. But somehow, this samurai knows your last name. Maybe he knows a little bit of something that you don't. Along with that question, the more front-lining ones is... if this isn't a dream... how will you get back home???


CALENDAR DATES
mxf / fxf, futuristic, adventure, possible romance?
Whether you're a special agent from a task force or an average joe, it doesn't change the fact that you somehow stumbled onto a weird sight inside an undiscovered cave in Guatemala. What you found, was a girl sleeping inside some weird crystal. When you went closer to inspect it, the crystal shattered, leaving the girl lying on the ground. Eventually the girl wakes, and you quickly realize she's speaking a language that hasn't been spoken for hundreds of years. For whatever reason, you decide to take her with you, and so your journey with the small ancient Mayan girl begins.
Reactions: Nemopedia

PAIRINGS
In terms of pairings outside of plots, I've got a few that are my go-to's. Generally, I'll accept any gender with each pairing unless stated otherwise. Any paring with an asterisk next to it has a special note.

CRAVINGS
Anything that I'm absolutely craving or am very inspired by will go here. It's not a necessity to fulfill these cravings, but it's something maybe to take note of? 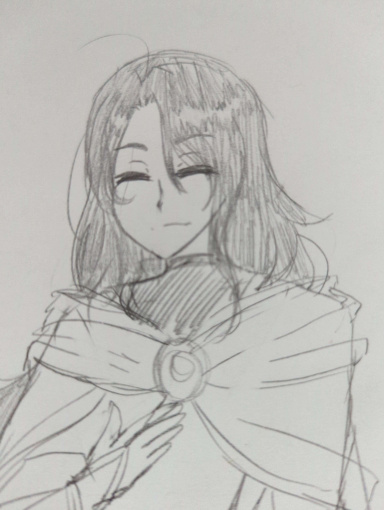 I'm interested in destiny bond :) mind if we do that one together :)?
Reactions: GuanYue

@SakuraHiragi sure, I wouldn't mind! Ah, I didn't put my preference in my about me section, but I normally prefer rp in threads and convo either discord/PM. Is that alright?

Sure! I was hoping someone would pick that one XD
Same as above, we could discuss in pms or on discord

Dao Ma said:
Sure! I was hoping someone would pick that one XD
Same as above, we could discuss in pms or on discord
Click to expand...