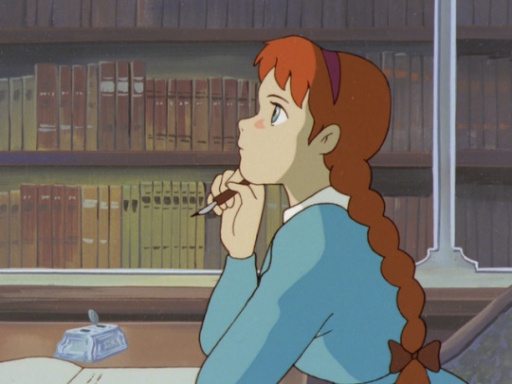 Hello,
I'm a college student who's recently gotten into roleplaying as a past time; because I'm pretty much a novice, my list of available roleplay partners runs thin. I'm searching for a long-term writer who shares my enthusiasm and flexibility in literature. I write poor introductions, so I will just list any relevant information as bullet points below. I will conclude this introduction by saying that I am open to pretty much all mediums of playing: forum, email, discord, etc.

About me and what you can expect:
- I am 19 years old studying mechanical engineering at a university, so my schedule can get hectic. I will inform you if it does.
- Stories lose their vigor when they have a shallow or bland character pool; thus, I am always willing to play multiple characters of any gender in addition to NPCs.
- You can expect an average of 200 to 600 words per post from me.

What I'm looking for in a partner:
- I ask that you be 18+. I enjoy including dark elements such as gore, torture, abuse, and would like my partner be able to write in this environment with composure. I can be convinced to roleplay with a minor; granted, you must come to me with a premise I deem interesting enough.
- Be able to play NPCs and multiple characters if necessary.
- Above average control of the english language. The criteria I hold is you should be able to write at least 2 large paragraphs per post without being redundant. I don't mind toning things down during dialogue scenes.
- Communication. Tell me where you want the story to go, tell me if you are having trouble writing something, tell me if you don't think I was descriptive enough; I'll rewrite the post if you want.
- Patience. I need you to understand that life comes first and be patient with responses. I will return the favor, and I can guarantee you that I will never spite you for a reply.

These are the genres and environments I enjoy playing in:
- Fantasy. I adore fantasy, and you'll find that you can easily convince me into roleplaying in pretty much any fantasy environment. But, I do tend to favor a blend between feudal Europe and Renaissance.
- Post-apocalyptic
- Dystopia
- steam punk
- Horror

You might be able to convince me to play in an environment not on the above list, but that's rather unlikely. Anyways, here's a writing sample for you to gauge your interest.


The tavern held a single wooden door that was used as a an entrance. The top half of the door was a rustic lavender while the bottom half showed a dark green hue from age. Many have passed through the door in their leisure time from noblemen to peasants to the highest ranged mages; however, today, the door only allowed passage to northern soldiers. Right in front of the door was a bartender who sat behind a counter full of alcohol; he had everything in his arsenal to intoxicate his guests: spirits for the weary traveler, hard liquor for the war veterans, and soft bear for the youth. Above the bartender hung a single chandelier that incandescently shined the tall, burry, middle aged man under it. These chandeliers were found everywhere amongst the tavern, providing warm light for the people in the room.

Instruments beat wildly as men sang songs of love and war to its rhythm. They sat in large circles, under round wooden tables, each one holding a mug of mead with one arm and hugging a friend with the other. A majority of them were old and seasoned in the battlefield, but there was the occasional youth who dreamt of being as respected as his drunk, fetid superior. These men were naturally hardy, but they were in especially high spirits for the occasion. And why wouldn't they? The north had just recently won a battle against the south and laid claim to a valley near the outskirts of the southern border. "The Crimson Vale" was the valley's name, and these men had been camping there for nearly five years now. Today was the first time these soldiers had seen their family again. However, not everyone in the tavern found the night jolly. With alcohol comes intoxication- intoxication, flamboyance and vice. As the night grew dark, the cacophony of prose from drunk these soldiers could be heard in attempt to woo the waitresses who try their best to avoid their putrid guests. Desperate to add a little flare to their night, the soldiers resorted to physical admiration; they begin to cheekily pat the bottoms of the waitresses and reach for their bosoms. Although obviously uncomfortable, the waitresses withstood such actions for just this one night.

Sitting in the corner of the rood, Lauriana's back faced the rest of the tavern in attempt to hide her identity. Standing at 5'5'', she was a voluptuous young woman who appeared to be in her late twenties; her body was toned and refined from years of military training, and it carried a few visible badges of honors from her days on the battlefield. The most notable being the tattered flesh on her right hand. She had received this scar from a battle with a southern pyromancer and would've also had her entire body charred to dust if a fellow mage hadn't plunged an enchanted dagger into the pyromancer's back. In contrast to her right, her left hand adorned a lavish, golden ring. The ring sparkled with high carrot gold and seemed to eclipse everything around it with light. Only the sapphire in the middle outshined the radiant gold around it. The sapphire had a thick, trapezoidal cut which made its width comparable to the diameter of Lauriana's ring finger. Such a quality cut was rare to amongst noblemen and even rarer amongst commoners.

Lauriana's attire was in stark opposition to her status. She wore a red hoody made out of cheap linen common to the street peasants. The hood hid Lauriana's platinum blonde hair from her everyone behind her. Her hair was long and vibrant: a style she is not accustomed to due to her days in the southern barracks. In the years that she was a soldier, she preferred to keep her hair in a pixie cut, but, today, she was bounded by politics to keep it long and feminine. She allowed her hair to rest over her right shoulder and fall down into her chest. A rusty silver pendant lay on her sternum, and engraved into the pendant was the signature "Lauriana Delphine, Lady of Sunlight". This pendant was her dog-tag, and she kept it in secret from her husband to reminisce of her days in the barracks. Over her hoody, she wore a tanned, leather waist coat held onto her waist by a black belt. The waistcoat was low cut and provided her chest with necessary ventilation for the summer heat. Dark gray tights with straps below the naval hugged her thighs, and she wore coco-colored, leather boots that reached short of her knees. She chose this look in order to camouflage with the commoners and hide from the nobles of the city- especially her husband who thinks that she's currently tutoring orphans.

Lauriana placed her left hand onto of her right, and both hands on the table; her hands covered a crevice and made the wood creak as she slightly pushed the table down. She allowed the light from the chandelier above her to reflect on the magnificient cut of sapphire. She stared into the gem profusely. Through the sapphire, she could see her own reflection: a beautiful, tamed, young woman. A flush of nostalgia fell upon Lauriana, and she was reminded of who she before she decided to pursue politics: The Lady of Sunlight. She was admired and respected by her fellow peers, and she was feared for her ability to blind her enemies in an instinct with a flash of sunlight. Alas, the lady of sunlight can now barely conjure a spark due to years of domestication and is now honored for her ability to clean the house, cook for her children, and help her husband gain public favor by participating in charity. She sighed as she continued to wait for her friend, growing a bit irritated.
As Yomeika begin to sit down in front of her, Lauriana tilted her head slightly upwards to get a good view of him, making sure to resist the temptation of raising her head too high so as to unhood herself. The warm flame of the chandelier's candles incandescently revealed a placid, silk-smooth face decorated with dazzling hazel-green eyes and a set of naturally full pink lips that were accustomed to tasting life's luxuries. Although her skin was naturally fair and pearl-white, the flames gave it a very light, milk-yellow complexion.

Lauriana scanned Yomeika's image, much to her disappointment. Upon smelling a hint of pungency from Yomeika, Lauriana softly placed the palm of her left hand in front of her nose, her ring facing her companion. The smell was familiar to her at one point, but it's been far too long for her to feel comfortable around it now. She kept her other hand on the table faced down and leaned backwards as to avoid the odor. "Late and as socially inept as ever. You took so long I might've considered drinking with the savages behind me", she spoke churlishly, trying to speak over the loud slurrings of the men behind her. Eyeing over him one more time, Lauriana begin to grow accustomed again and reverted back to her original posture. "You seem to look well. I hope to hear you haven't made too much trouble since I've left the front line.
Lastly if this post makes me sound intimidating, I apologize. I will admit that I'm bad at euphemisms, but I'm generally very patient and placid; there is very little that you can do to truly annoy me. If you're interested in writing with me, go ahead and shoot me a pm.
Last edited: Jul 3, 2018
Show hidden low quality content
You must log in or register to reply here.
Share:
Reddit Pinterest Tumblr WhatsApp Email Link
Top Bottom