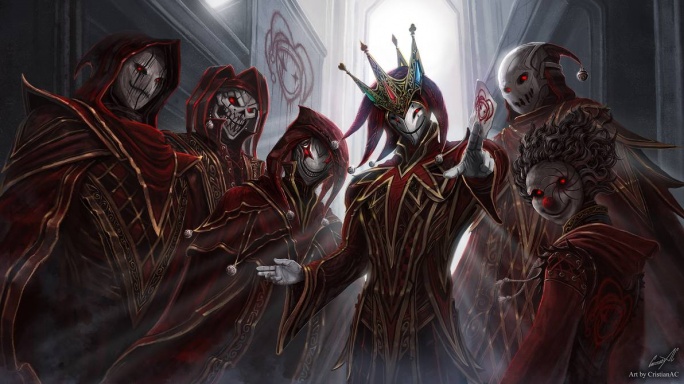 I am returning here after a long hiatus with a few old cravings now that I have a stable job with ample time to reply to RPs. If anyone is interested please see my ideas below!

Fallen:
This RP is highly inspired by the Persona series of games with enough of a difference that I wouldn't call it a straight fandom or rip-off. It follows a cast of characters within a fictional country known as the UNR in a school life setting as they grow and develop as young adults. Due to specific events in their lives they end up with otherworldly powers in the midst of a secret war against demonic forces that seek to corrupt the human world enough to forcibly merge it with the decaying world of the demons. A necessity for their kind to survive the turmoil they brought to their home. The RP will contain romance, drama, comedy, and dark themes as your character interacts with and learns about their new friends and their backstories.

Your character would be the most special of these guardians, having been sent to the UNR to seek higher education in the free elevated education system the country offers to those who have graduated high school with exceptional prowess. Your character is killed by demons shortly after moving to the country. His/Her soul was forcibly dragged into the hellish realm by the demons who assassinated him/her, yet they are saved by an angel of god charged with judging souls upon death. The angel infiltrated the demonic realm and liberated his/her soul, flinging it back into your character's body before succumbing to his wounds and dying. Yet the angel's essence swiftly fled the grasp of the demons and took refuge in your character's body granting him/her great power and the potential to fight back against the creatures should they ever return to take his/her life once more. Given a second chance at life and guided by the voice of the angel your character is informed of and thrust into the divine war against the demons rather suddenly


The Sanguine Dirge:
This RP is centered around the destiny of your main character and the ancient magical power hidden in your bloodline. Your character's bloodline is that of the rulers of an ancient empire that ruled most of the Old World using a magical power in their blood that made them unnaturally gifted in all things. This Wyrd Blood was eventually stamped out by the arrogance of the family and the loss of faith in the Gods. With the empire splintered apart by rebellions and civil wars, chaos and anarchy reigned for centuries until the world finally settled down into various small kingdoms. This is the aftermath of a world run by wicked politics and those who strong-armed their way into power atop a bloody mound of their enemies. The world is fractured into various cultures at this point and enjoys more freedom than under the ancient empire, yet it also suffers from great corruption.

Your character is unaware of your lineage until their parent(s) reveal the information rather suddenly. I was thinking this could occur after an assassination attempt by a mysterious knighthood order. An order that is sworn to ensure the Wyrd Blood is eliminated from the world and that no One Empire ever rises again. The theme of the RP would be your character attempting to survive the threat to their life and gather the power to fight back against the order and destroy them to ensure his/her safety and the ability to live their life as they please. It is paced to work more like a high fantasy medieval war and strategy RP where you lead your forces in battle and experience the world during a life-changing journey. It can end in several ways such as destroying the knighthood order and vanishing from the spotlight to live life as an ordinary citizen of a country and raise a family. Or maybe you wish to continue to amass power and re-unify the land through bloody conquest. Perhaps the end will come in a more dramatic turn with a final battle that leads to the heroic death of your character in order to convince the knighthood order to focus on fighting the corruption of the world rather than a dying lineage of former tyrants. Let's work together to try and build your character and their story in this dark and bloodsoaked world

Edit: It has become clear to me that I should clarify my role in these scenarios. This is not a Your Character x My character style of RP. Rather it is your character in a pre-developed world where I manage the other characters in the world. Allies, enemies, side characters, and other main characters are all my responsibility. I'm not against you doing this as well if you ever want to, I just have no set character as my primary.


I am also craving a RWBY fandom now. I specifically am interested in it taking place in or shortly after season 2 before things got... Messy... I wish to introduce my own custom team of characters into beacon academy with the focus of the rp being on their interactions with the others and of course action packed missions!

I'd be interested in The Sanguine Dirge
Reactions: Riruru