Eleanor grinned at the excitement on her boss' face, having leaned back in her chair to allow him a chance to enjoy a moment they had all been tirelessly working to achieve. At his request, she stood and followed him to his computer, bending over to take a look at the screen and see the match that had come up. It wasn't a face she recognised from any of the photos, so clearly he was being kept out of sight in the bars and clubs.

Not that Eleanor could blame the group they were tracking down, he wasn't exactly a face that the girls would want to be around.

"A face only a mother could love." She snorted, straightening up to turn and lean back against the edge of his desk. Her arms folded across her chest as she took one final look at the suspect before directing her gaze up to Brian, only to pause as she saw him looking at her first.

Not that she thought anything of it, she had become accustomed to it by that point, knowing it to be her boss about to ask what she believed they ought to do next.

The young agent had already been mulling over the beginnings of a plan in her mind, but it was one she knew that the men on her team wouldn't be so keen about. She pressed her lips together, head bowing as she fidgeted on the spot for a moment, planning how best to put her thought forward. She took a final glance over her shoulder to make sure the others were still distracted by work before looking back to Brian.

"I have one... and you got to hear me out before you deny it." Eleanor warned, pushing herself away from the desk to stand properly, "Let me go in. I can go into the club, have a mic and an earpiece in so you guys can hear everything and I can hear you. Let them try and pick me up like they did with the girls. Then we can get them - maybe not Steven, but one of the others. I can be the bait-- you know I can handle myself if things go south." 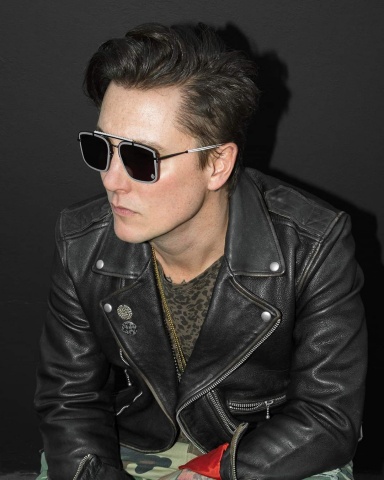 Listening to Eleanor explain what she wanted to do had Brian stare at her, a shocked look on his face. Was the woman serious? Did she even have a clue of what kind of danger she'd get herself into? Let alone the fact that she could easily get caught any second? Swallowing hard, Brian let Eleanor continue, just like she had asked, but he didn't like the plan. Not even a tiny bit, if he was being honest.

"You want to walk into a club full of rapists and murderers? Are you sure? What if they lay their hands on you?"

Sighing deeply, Brian let his gaze connect to the door, a stern look on his face before he looked back at Eleanor, the tension Brian currently felt clearly visible.

"Eleanor... as much as I think you're a capable agent and as good as that plan might be, there are so many security holes... I couldn't stand seeing you get hurt, and I don't want to knowingly throw you into harms way, either..."

Running a hand through his hair, Brian rubbed the back of his neck slowly, trying to digest Eleanor's idea. Sure, it would work, no doubt about it, but Brian wasn't sure if Eleanor knew what price she could pay for being this brave. She could lose her life, get assault or even worse, get sold, and Brian simply wasn't comfortable with that.

"I want to know what the rest of the guys think before I make my desicion. There's a lot of work to do if we go through with this."

The truth was, Brian cared deeply for Eleanor. She was part of his family now, and the desire to protect her was almost overwhelming as Brian scanned her face with a pained expression. Noticing a strand of hair that had loosened from Eleanor's bun, Brian reached out, his intention to tuck the strand back behind Eleanor's ear, but the young agent stopped himself midway, retreating his hand as if he had been burned.

Where the fuck had that come from?

Was Brian starting to go down a very unprofessional road? No, that couldn't be. Shaking his head, the young agent fixed his gaze on the floor, unable to shake the new feelings that were suddenly rushing to the surface.

If any other agent had suggested doing this, Brian would have been all for it, but Eleanor... Brian couldn't stand the idea of seeing her get hurt. He wanted to protect her, not throw her into danger, but at the same time, Brian didn't want to baby her or make her feel like less of a member of the team just because of his sudden, contradicting feelings.

Fixing his gaze back on to her, Brian's eyes were dark as he scanned Eleanor's face, looking for even just a trace of doubt, but as expected, there was none - and Brian felt his defense crumble inside of him.

"If you're sure about this, I can't rule out your plan immediately. I just want you to be aware of what kind of hell you'll walk into, and you need to be on guard at all times, okay? Getting raped is the worst thing imaginable, trust me... and I'd blow up the town if it happened to you under my watch. We'll discuss this with the guys, see what they have to say, and then get together a team of more agents."

His hand began to reach out towards her, and Eleanor... didn't mind. She hated people touching her without her permission, even those that she knew and trusted. But Brian started reaching towards her and she found herself not bubbling up with the anxiety that she usually felt when that came to happen. Even more strangely, she found herself feeling disappointed when he suddenly snatched his hand away before he even got a chance to, as if he had been burned.

Quickly, to smother the brief flash of hurt she felt, Eleanor cleared her throat and took a step to the side, averting her eyes as her own hand reached up to tuck back the strand of hair he had been reaching for himself.

"Why would it have so many security holes? We know those guys don't pick up and take a girl on the same night they meet them. They build up their trust first and literally get them tagged before they bag them." The young agent began to argue, focusing back onto the discussion at hand rather than the confusing surge of emotion she just felt.

She couldn't say it was that out of the blue. Working together in a enclosed space, sometimes for 12 hours a day, plus then any social time they had together... Eleanor had kept reminding herself of her rule of not getting involved with her colleagues. But even so, there was still that pull there toward her team leader.

"Look, you can make it as safe as possible. Get a team in one of the listening vans outside to monitor what they're saying, another in a room in the building. Have someone be a bouncer or a bar tender for fuck's sake if that makes you feel better." She continued to argue her case, arms folding across her chest, "I can have an earpiece in to listen to you in case you notice anything and you know I can handle myself without a weapon being necessary."

She exhaled softly, eyes darting away for a moment before returning to him, "They won't try anything, not for the first few times anyway, and this is all if I can catch their... interest. Just... I know what I'm walking into, Brian. But this is all if it even works, it may not even work. We just need to try."

Letting Eleanor's words sink in, Brian nodded. It seemed as if she wasn't going to falter, and sighing deeply, Brian decided that they could try. The earpiece idea wasn't bad at all, and if anything went south, Brian would be in that damn building faster than lightning.

That much was sure.

Pulling away from the table, Brian's look was soft as he scanned Eleanor's face. The reaction on his workmate's face when he had pulled away earlier hadn't been missed by the young agent, and looking into her eyes, Brian was sure she could see the worry clouding his dark orbs. Maybe, Eleanor could also read much more about how the young agent really felt than he was showing her, but Brian didn't even mind. He was jsut scared something would happen.

Sometimes though, taking a risk was needed in this job, and Brian knew that better than anyone.

"If anything happens to you, I'll be there. I need you, after all."

Letting his words hang in the air, Brian made his way to the back to collect all the guys and make a plan. They had to think of everything, and even though Brian's stomach was in knots, he knew this was the only way. They would have to send Eleanor in. She fit the profile of victims perfectly, and the plan was good.

The only issue was Brian's own conflicting feelings, but he'd have to suck it up and let the girl do her job.

After all of the agents had been informed of the idea Eleanor had, Brian could immediately see that Elijah wasn't fond of it, either. However, none of the guys had any real arguments why not to do it, and it seemed like Eleanor's plan was solidifying with every passing second. Leaning back in his chair, Brian gazed at Eleanor, trying to find any trace of discomfort, but the girl seemed to know what she was getting herself into, and Brian had nothing he could say to change her mind.

"Alright, let's go over everything and make this work... when do we want to do this, how will we do it, and most importantly, what security steps are we going to take so Eleanor won't be in harms way?"
Show hidden low quality content
You must log in or register to reply here.
Share:
Reddit Pinterest Tumblr WhatsApp Email Link
Top Bottom