Though if we end up waiting too long, maybe his parachute will just happen to not open.


Either way, when I post next the French Team will be arriving into the town. And considering none of you made your characters any sort of scientific/ technology experts I'll drop a little hint:

You should probably look for that doctor's office in the village medical center. In case none of you had thought of it already. With all the people getting sick with the same illness he likely had samples of some of their blood. The US government would probably like samples of the nanotechnology. It would give them an idea of what they're dealing with.

The French team won't be heading toward any specific place in town. They'll be searching for survivors. Which means a generalized sweep of the town. They'll be spread out. Take advantage of it.
Click to expand...

TOTAL GIVE AWAY BOOOOO

*looks at the Walkthrough*

Er... how do we get out once the mission's over?

My bio and entrance will be posted after I'm done cooking d'ese yucca and eggs.

Since I'm a data analyst, would it be safe to assume that I'm on the other side of the Atlantic?
C

unanun said:
TOTAL GIVE AWAY BOOOOO
Click to expand...

Two things I have to say to that:

2. There's always still fun to be had by me with you guys.


@ Asmo -- You'll find that out when you get that far. Half this RP is the SURPRISE of it all.

@ Tegan -- LOOKING FORWARD TO IT. And yes you are safely FAR FAR away from what's happening in France. Probably has a breakroom with vending machines. Or at least a mini-fridge.

Original poster
You're not obligated to wait for the others Unanun as far as what you do in the woods.

I just want to see if the whole unit can at least communicate with eachother before entering the town which is a rather sizeable environment as you saw from the pictures.

I'm the chatty one.

And I want a mini-fridge.


And giving soldiers missions with surprise endings is bad strategy. >:[


And you're not my real dad.
C

Original poster
No, but I'm still married to your mother Asmo.


So you'll just have to deal with being in the dark in an RP. Not knowing what I have in store for the characters.
C

Original poster
Just so you guys have some visuals, here's the weaponry the French unit is carrying: 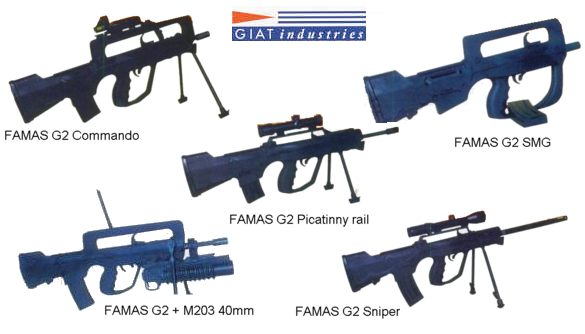 And just to add some temptation for weapon collectors. . .

Original poster
Are you guys waiting on me to post something? Or waiting on each other?

I'm just curious as to why this slowed down all the sudden.

*continues dangling from the roof*

Orion, I'm either gonna drop to ground level and make it to the medical center on foot. Or I'm gonna try to get past the birds on the rooftop.

That means you either have to answer my codec or be ready to describe what I find at the medical center. Which path would you prefer?
C

Original poster
I'm going to answer your codec and describe what you'll find at the medical center later tonight.

I've just been trying to get prepared to step into the shoes of Tegan's character. Been reading the stuff she sent me.

A friend just came back into town, had to pick them up from the airport. Once we're done hanging out I'm going to throw a nice post together. Probably try to tackle both things at once that you just mentioned actually. I've just been busy today.


BTW according to the bio she sent me, her codec was actually 140.97


So I don't think you'll be getting the Lark. Just for funsies.

Damn, what kind of OCD bitch goes on and on about collective nouns in the middle of a time-sensitive mission?

Original poster
Its a MURDER of crows. Not an unkindness.

I want Chameleon to point that out.
C

Original poster
These are RAVENS.

Although they are both members of the genus Corvus.

But go ahead and have him point that out.
R

They do cluster around corpses though. And they did murder Vulcan Raven. Technically.

Crows come in murder. Ravens come in conspiracy and unkindness. And I come in your mom.