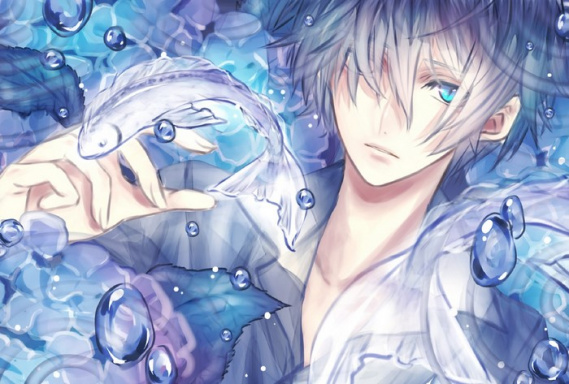 Intro: Hello! I am looking for a partner for a specific plot, but if you want to rp a different plot hit me up too!
I am fairly active (between addicted and a few posts a week)
I prefer bulky posts unless there is conversation or something, then I don't mind short posts to move it along.
Also feel free to message me just for fun:) I don't bite much.

Gender:for this rp I want to play the gender bent character, details bellow
I prefer my partner to play male
This is not a 100% must, I'm flexible, but it's like 90% preferred unless you really get me interested in a idea or character

Genre: not super picky about this, this plot is fairly flexible. I love romance, fantasy, slice of life. I don't do much action or adventure stuff.
I'm not much of a plot maker, so either we can go back and forth or if you have a plot let me know :)
I'll think about anything and let you know one way or the other

Post place: I'm new to this site, and from what I've seen pm seems to be more reliable with notifications than forums, but I'll do either, but if I go MIA on a forum shoot me a pm, I probably missed something.

Hiatus and Ending RPs: sometimes I do drop out of the world, not so much now but it happens, usually for mental health reasons. I will try very hard to let you know if that what's going on, and a rough idea of when I'll be back (usually 1-3 weeks)
If I really get bored or stuck on an RP I'll let you know, it'll never be something you did, just my brain being like nope. Sometimes just a time skip, a random event, slight plot change ect, and I can get interested again, but sometimes I just can't get myself back into it.

Sex Stuff: I can go the spectrum, from 0% of the plot being this, to maybe 90%, I don't think I could do no plot long term, but could do a few posts for fun without plot.
You can ask about specifics but I'm fine with most kinks, but I don't do furry (though will do "neko" type characters), and probably a couple other ones that I'm not thinking of right now. Mostly because I have no idea how to go about rping it.
But feel free to ask, I'll never be rude about it, and generally will try new things.

So I got this idea, I want to play MC who is a male who can change form, though not to anything they want, but for one reason or another changes into a female. MC identifies as male, and hates being in a female body but needs to on occasion.

At some point they meet YC, either at work, school ect, what ever we decide.
YC dosnt know that the male and female version are the same person.

It can then go from there, maybe YC likes one and hates the other, maybe hates both, really what ever we want to do with this.

I havnt set a profile for MC yet, will post here if I do before I get any interest in this.

Characters: to be announced.