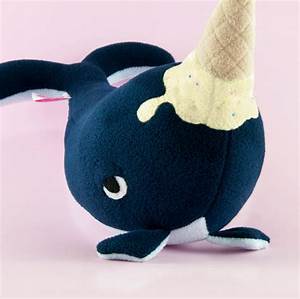 It's time for me to stop complaining about my past and start living in the present! I'm going to put out this little ad for a Sonic the Hedgehog AU universe group roleplay. I'll get to the backstory of how I came up with this niffy little story. Before I left Amino for good, I had a partner who was a Sonic fan who played two characters in our version. I was planning to write a fanfiction on the story before I cancel it. It was more improve than planned to be honest. I had two OCs that are different gender-swaps of Sonic and Tails. Sonatha is one of the main characters whose a young 16-year-old hedgehog studying to become a better robotic scientist. She wears a simple uniform in school as a Japanese uniform in her school. Outside of school, she wears a pink shirt and a yellow skirt with her red and white sneakers with the golden buckle. Tabby is Sonatha's adopted sister. She's a mechanic two-tailed fox who always makes one huge mess. She wears the same uniform at school while she wears a denim skirt and jacket combo unlike Sonatha. One day when Sonatha was running around in the forest, she come across a badly damage robot that bears a striking resemble to her metallic counterpart. She flips it over to find a note on it's saying it was meant to kill Sonic and that it should be scrapped as soon as it was found. She didn't want to do that so she placed the note in her pocket, picked up the robot, and headed home to repair it. Once repaired with getting a new memory chip from Tabby and a voice chip she had lying around her workshop, she repaired it to it's full glory. After that day, her and Tabby start to suffer realistic nightmares every night since fixing up the robot. They knew that they needed to know the robot's past and figure out what's causing the nightmares while helping the robot get used to normal life as a robot who acts like an organic or one of them might end up dead.

Here's the list of characters I need to be filled:

I really don't know if this is going to work or not. Hey, it's a shot in the dark after all. So if your interested and happen to know the Sonic the Hedgehog franchise, then I strongly recommend signing up. When all the roles are filled up, I will closed it and the roleplay can began. I don't care how long it takes and I'm certain to start over in a new style of roleplay I haven't tried all that often.
Show hidden low quality content
You must log in or register to reply here.
Share:
Reddit Pinterest Tumblr WhatsApp Email Link
Top Bottom