I do believe I have found my Umbra image. 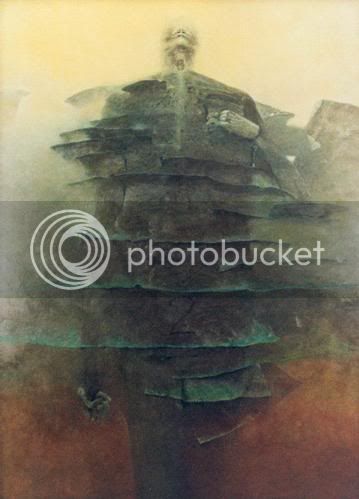 I love it when I remember that I haven't transferred all of my downloaded art-stuffs into their folders...
T

:O
-suddenly jumps to his feet-
I think i'll nom your head off when we start this one Staci
-activating nomming teeth-
D

Rasict redneck having everybit of skin color melted from his body.....I find a certain sense of sick and twisted ironical fun in that....

Grumps, fill out your Personality section so I can approve your awesomesauce character.

I couldn't find any good images for Ghost-Jules, either, so Skullface it is. However, I do have a suggestion for your haunt. It immediately made me think of an image I already had. So if you like, here.

I'll post mines when i get the chance
S

Me too now. o.o
But my post took the life out of me.
BEDTIME.

Name: Pete Rose
Age at Time of Death: 10
Days Dead: 1
Appearance in Life: Pete was 4'2" tall with a ram-rod straight posture. He was one of those kids that was always uncomfortable to be around, the kind that always just stared at you when you caught their eye; the kind that kept staring until you ran out of excuses to stare back and slunk away. His dark brown hair was always impeccably combed, and his pale skin was covered always by expensive long-sleeved shirts and long pants, regardless of the weather.
Manifestation in Death: Pete manifests in death mainly as he did in life, though a blooded bandage now covers his eyes. His clothes and hair are always immaculately kept. He seems sightless, but one always has the sense of being directly observed near him.
Personality: Pete is extremely shy; any direct approach will have him scurrying away to hide as fast as his little legs will carry him. He is quite good at disappearing and losing any pursuers (not necessarily his Umbra), and his small stature allows him to squeeze through spaces most adults wouldn't dream of entering. He seems to appear when not looked for, staring intently through his bandage at any goings-on nearby.

Cause of Death: Pete's home life, while moneyed, was less than stellar. His father died young, leaving his fortune to his mother, who remarried while Pete was 3. The marriage turned out to be a mistake, but his mother, for her own reasons, refused to divorce Pete's step-father. One night Pete came home from school to see his step-father drunkenly raping his mother in the kitchen. He stood rooted to the spot, staring, unable to turn away, when his parents saw him. His mother screamed and told him to run while his step-father grabbed the nearest knife...
In Life: Pete spent as little time indoors as humanly possible, preferring to roam the grounds of the manor in solitude; finding joy in the discovery of small plant and animal life, cataloging what he found in a small notebook. His school life was hard; he went to a private school and was never able to fit in adequately; something about him always alienated his peers.
In Death: Pete is rather unnerved by the entire experience and does not quite seem to completely understand what has happened to him. He fears the Umbra as he fears any other intruder into his quiet solitude. The Umbra is just harder to get away from.
Haunt: Pete haunts an old, dilapidated mansion on the outskirts of town. The twisted flora in the gardens seem to be slowly reclaiming the property, and the previously neat cobblestone paths are cracked and overgrown with weeds.
C

Appearance in Life: Alex was a moderately handsome young man in life. He stood about 5'11" and was trim, he exercised regularly. He had short cropped blond hair and blue eyes that people often called "striking".

Manifestation in Death: Alex's skin has taken on a sickly color. This effect is further enhanced by the over-prominence of blackened veins that show through his pale complexion. Furthermore there is a small spot on his neck that oozes a dark, viscous substance continually. His permanent attire is the last thing he wore in life, a prison jumpsuit.

Personality: Alex makes little impression at first glance. He exudes that immaterial quality that makes someone go unnoticed in a crowd. Upon approach however he is surprisingly charming. His mannerisms are often subtly flirtatious. Conversationally he is very tongue and cheek. Alex's demeanor comes off all around as roguish and enchanting. It is a rigorously refined act intended to belie his true character and intentions; intentions which most people would call the stuff of nightmares.

In Life: Alexander Caulfield lived a double life. In one he was a decent young man of some education. He graduated from a two year certification program to make a modest but comfortable living as a pharmacy technician. He had some friends, a few from high school whom he saw rarely; others which he had met at his one year spent at California State University of Fresno. Alex moved away his home in Madera at 19 to attend school and rarely spoke to his mother and sisters after leaving. In most ways he was a nice, quiet young man with a few close friends who had a good life. In his other life Alex was something else entirely. The only other person in this secret life was Sarah Barnes. Together, Alex and Sarah perpetrated a series of brutal murders as they acted out their dark fantasy life. The couple would find a nightlife hot spot where no one would be familiar with them and enter separately. Once there, Sarah would sit alone until she was approached by a suitable victim. They were always young, handsome and well dressed. Sarah would then lure the unsuspecting man home and into bed with her, after which Alex would ambush, strangle and ultimately kill him. Eventually, police identified the pattern of missing persons and caught the killer couple. With a strong case backed by physical evidence the D.A. was able to get convictions for 8 of the murders the couple had committed. The end result of the trial put Sarah Barnes away for life without parole. Alexander Caulfield was given the death penalty and eventually executed.

In Death: Alex awoke to his afterlife in the clutches of what passes for night in Potter's Field. In stark contrast to his life he found himself pursued by nightmarish things screaming and gurgling for his soul. Being chased like prey was more terrible than every day in prison he had spent waiting to die. With every ounce of his ability and a great deal of luck he eluded the things that crept in the shadows and found himself at last in safety. After the threat of umbral night had passed he sought out the place where he had come to consciousness. What he found was an all too familiar door. He entered the townhouse and ventured up the staircase to his bedroom; their bedroom. The little wooden chair sat in the middle of the floor on a blood stain that he remembered scrubbing out so many times. Alex knelt down and rested his temple against the chair back. He sighed as he recalled all the times he had been there before and looked into Sarah's eyes. The recollection of excitement in those eyes brought a sense of comfort and longing. The memory was gone as quickly as it came and he was once again staring at a shabby and blood-soaked image of his former home. Where to go? Would he remain here? Was Sarah somewhere waiting to be found in this warped place? Perhaps if he did find her this place might offer them new kinds of games. The only way to know was to venture out...

Haunt: Alex's "haunt" as he will probably soon come to know it by is the townhouse where he and his girlfriend lured and murdered over half a dozen men. It has taken on the quality of the rest of Potter's Field and appears in disrepair. There are a few additional odd differences inside the building as well.

Welp, I always miss something on mah character sheet.

I'll start working on some details for the Umbra, then send you a PM about it.

1. Guns. Guns are cool! Guns are totally cool! Also they work pretty much like Ice implied (not doing shit to the Umbra, or anyone else in Potter's Field for that matter). Also I get Richard having a gun, because he had one when he died. It makes sense for him to have one. Also, totally possible and Kosher for Kim to have a gun, because she could have found it once she got to the city. Finding weapons lying abandoned is completely plausible here.

HOWEVER. I am going to go ahead and say no gun store. I don't want this to turn into a shoot-em-up free for all, guys.

2. IIIIICE. You are RPing with an Umbra that isn't yours! *Slaps wrist with giant ruler*

I have said before that if you want to create and RP your Umbra, that is cool. However, so far, only Grumps has actually told me they'd do so. Given that, I created the other Umbra on my own. Not only is it rude to the other players (and inaccurate to the setting) to interact with their Umbra without them, you are also essentially godmodding my characters. Stoppit.

If you are having trouble figuring out which Umbra is yours, just ask me and I'll let you know. If you pay attention, though, you'll realize there's a pretty easy way to figure it out.

Now on to character approvals. GRUMPS, YOU ARE OBVIOUSLY APPROVED.

Einang, as you will have read in the original post, new arrivals to Potter's Field after the initial character quota must be new. Please change your Days Dead to 1, or leave it blank. Also, I think you misinterpreted the bit about Haunts; you need to pick a specific place. Please fix these things.

Chryzzrygg, your character is approved!