IN NEED OF PARTNERS!

Original poster
Good to be back, IR.

This is my link, so you could read my preferences at your leisure

I'm a big fan of libertine (obviously) and I'd like to try some new material and ideas. I'm looking for writers who are just as open-minded. Most of the characters I use are either submissive yet seemingly fearless and bad ass females, and also dominant males with horrific pasts. These are usually my go-to's but as I've stated I'm willing to try some new things. The only thing I don't think I can do is a submissive male. REPHRASE: I can't do a male who's a pussy. I'm sorry, I just can't. Might as well be female.

Here are some ideas I have in mind: (this list may grow at a later time)
(MC are in bold italics)

The last things I'll leave you with is my writing style. I can do both third person and first person

(First person)
I didn't want this. I knew I didn't, everything in me screaming for it to end and for my body to be back in my apartment watching Netflix and drinking wine. However, that was a lie. It couldn't have been everything in me that wanted to leave because there was a single inkling that greatly enjoyed this. I repeatedly said no. He belonged to my sister. Not me. I didn't even like him, but his tongue was vastly changing my mind against my will. I hated it. But I loved it. Make him stop. If it hadn't of been for the restraints on my wrists he would've been pushed. I think. I fight the urge to make any sounds. I dare not make him aware of my pleasures. Still, the dripping of my sex in his mouth was a cleae giveaway, or else I think he would've stopped by now. Each flicker of his long tongue was horrifying intoxicating. Something I didn't want made me high, and I couldn't help anymore but to scream.

(Third person)
The harsh winds of the brisk New York night had no effect on her ability to roam the rooftops. After all, making an escaoe and staying hidden among the masses had been Nervina's specialty. How else can she observe and study these mere creatures called humans? Yes, she knew full well to pretend. Human by day, hybrid by night. Either way she was invisible. Something she truly appreciated. Watching everyone else in their pathetic little lives was exhausting enough. Watching them go about their moments in purposeless agony, pretending to love and trust, making foolish things of great importance. No, not Nervina. Sex. Darkness. Lurking. And protecting these ignorant beings from themselves...she could handle that. Her own danger was surely much safer than being them.

Looking forward to hearing from you ;)
Reactions: Blue Warrior 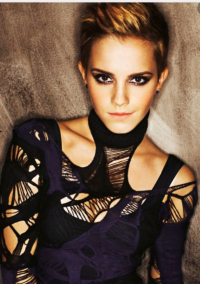 I like the human vampire and im willing to experiment. I usually play the submissive female but i can do dominate to.
Show hidden low quality content