GROUP RP PLOTTING How a bout a Harvest Moon RP ?

Original poster
For some [ if not all ] Harvest Moon may seem slightly childish, with it's cute graphics and adorable storylines but, what if you look past that ? A story of a shipwreck into a deserted island filled with natives ? Your only choice for survival and acceptance is for you to work for said island. And maybe, just maybe fall in love ? What I'm saying is that if you spice it up while adding a lot of slice of life and fantasy aspects to that 'game' you might get yourself something interesting... or perhaps weird; in a good way.

We could match up/ combine a lot of the aspects of the games in the HM series. For the fantasy factor we could add the sprites, the goddess and the king. But instead of only the main character seeing them, and they being a legend what if they were tyrants who ruled the island/town ? What if all the profits they made were sent to them, and the whole town/villagers where under some sort of spell and it was up to you to stop them ?

As for the farming/farm life elements that could be replaced or slightly adjusted, instead of them taking center stage it would be you trying to reverse/brake said curse by befriending all the villagers and finding out what makes them tic'.
The orginal game/story can hold many room for adjustments into making it pretty interesting. It can even be added elements of the Rune Factory series [ fighting monsters for items, and such ] So I'd like to see what the public thinks of this.

My motivation for this is of course the games and events. I'm interested in the response of the public as to if I would do it or not, instead of making it a normal roleplay this could also be adjusted to a 1 x 1 or small Group roleplay. So yeah.

Original poster
I've always loved the harvest moon series, and I'm needing some slice of life right now. 64 and back to nature were my favourites, but I'm open to change. Ultimately I do want a decent story. Is that a possibility?
K 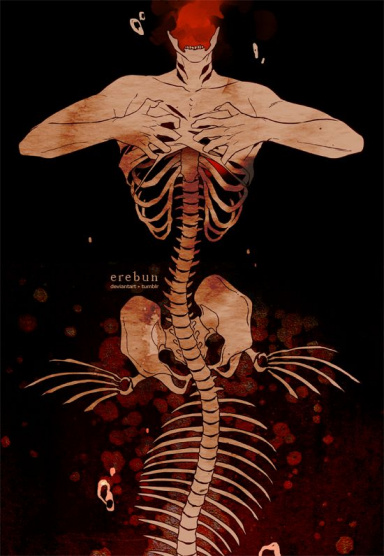 Original poster
I don't know if Bunny died or not. I'll give it a few more days and if Bunny doesn't.... something? I'll probably start this.
I love Harvest Moon.
D

Thank you Kitti! You are awesome!
K

Original poster
So.... I have made a map really quick ^^;;;
What do you guys think?
http://i70.photobucket.com/albums/i91/Dark_Angel_of_Depression/Shifterstuffs/HARVESTING-3.jpg
H

Original poster
I'm glad you've decided to take up this rp. I've been a harvest moon fan since back to nature and the 64 days. I'll be sure to subscribe and keep an eye out. Thanks for taking this up!

As for the map: I like it. But I do think we need a beach/mountain. I'm assuming because one of the locations is marked seaside restaurant the beach and mountain are probably somewhere along the edges. I can't think of anything we're missing, but we definetly need to do festivals. I loves me some festivals.
K

Original poster
I can add that.
It cut out the blue it looks like, which was behind the market. =|
So I'll edit that back in.
And a town square, for festivals?
H

Original poster
Yes! A town square is a great idea. Oh and we should have a church. I believe most harvest moons have had a church.
K

Original poster
Right on. I see you included two new spots and the ocean. I think we'll be good. If you need help with anything let me know. There's definetly more than a few people still interested in this, and I think we can make any additional changes as needed. (We could even do like the games and have like a heart system for friendship-romance/etc) Really there's a bunch of things we can do. Was there anything else in particular you had in mind?

I like the map for the most part, Kitti, but things seem a little squished. Also, yes, we need a mountain and beach. Maybe a forest, too. And how about one or two other buildings, like a book shop/library and a church/temple/shrine?
K

Original poster
Well, I'm just starting to build this and I figured the map was a decent start.
I think that a good option might be to list in the character sheets a small chart with all the other characters and change relationship perhaps each chapter or so and make mini chapters for days?

Still toying with ideas and would LOVE input. :3

Original poster
I like the idea of chapters. Maybe instead of a chapter being a day, a chapter might be a month (a season). It might be better for pacing since that would mean 120 plus chapters per year (depending on how far we go). Also, for heart rates, players could update in their profile as well as in game somewhere in their post when there is a change.

We'll also want some over-all plot as well to try and unite characters. It could be like in the games where the town is in danger of being made into an urban plaza or some sort of amusement park. There would be characters plots as well, which would add depth, but a bigger unifying plot might not be a bad idea. It would also be a good idea to decide how much of a role the goddess will play as well as other mystical creatures which exist in the harvest moon universe.

Also, if you want I can fit together a bunch of festivals based on what is available in the btn and 64 games. Of course, suggestions would also be welcomed.
K

Original poster
Haha, you're free to do a better map if you'd like.
As you can tell by how quickly it was edited, I just threw it together in a few minutes. xD

As long as they update the heart levels, then chapters by season is a better idea.
Just have to make sure we stay on top of that.
Show hidden low quality content
You must log in or register to reply here.
Share:
Reddit Pinterest Tumblr WhatsApp Email Share Link
Top Bottom