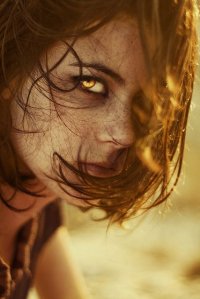 This is a reboot of an old one I did a couple years ago.


1000 years ago there was a terrible war on Valeroma. A war that ravaged the lands. This was not just a world war, it was a global war. It was a war between races, species. Dragons and humans, Elves and Dwarves. It destroyed everything we know. It destroyed the economy of every nation on the planet, it destroyed each government, each countries hospitals, everything. This war sent everyone back to third world technology, swords, shields, but no guns or anything. But it was finally over, and for 1000 years there has been mostly peace among all the inhabitants on Valeroma. Peace among the races and the species.
There is, however, a catch. See, there is always a catch when it comes to world peace. World peace can only last so long. There is an ancient prophecy, a prophecy that speaks of destruction, of chaos. It goes like this:


This prophecy speaks of tomorrow night. There is going to be a blood red moon tomorrow night, speaking of the blood shed in that war so many years ago. This prophecy speaks of a terrible creature, a Dragon shifter. He has a dragon form, and a human form. He is extremely powerful. His name? Vaeros.
There was an evil in the world before the war, an evil that seeks to ruin this world, to make life miserable. And for a while, he succeeded. But it was only temporary. So in a last ditch effort, he prophesied about a dragon that would rule over everyone, just when they get comfortable in the new world they've built.
Dragons are the ones we set in charge to make sure the world is safe from war, seeing as they are the kindest, and the wisest, species on the planet. But one dragon will change this...and almost eliminate them.

But with every cursed prophecy, there is a light of redemption. This one? One guide, and a group of Six young men and women, of various races, chosen at the end of the unspeakable war. They are the only ones who will be able to stop Vaeros, together. Together, they will bring peace to the world. Together, they will end Vaeros' crusade.
Are you ready, chosen ones?
[Tabs]
[SLIDE_HEADER] RULES [/SLIDE_HEADER]
[SLIDE] 1. No Godmodding or anything of the like
2. I am the GM of this RP what I say goes; I am up to discuss things and normaly make decisions based off group discussion, but ultimately I will make final decisions. If I get a Co-Gm, they will be in my absence.
3. You can play: dragons, humans, elves, dwarves, and shifters, any others must get approval from me. ^^
4. Vaeros is to be played by me ([@bitterblue111]) and the Co-Gm (If I get one)
5. Please have at least 2 paragraphs (5 sentences each, at least) per post for each character, and please use correct grammar.
6. There are limited amounts of spots available. 6 chosen ones, and 1 Guide. (If you wish to be the Guide, you must pm me before filling out the CS.)
7. If you read the rules put something about coffee and chocolate somewhere in your CS
8. KEEP THE STRENGTHS AND WEAKNESSES BALANCED
9. Please post your characters name above each IC post
10. please post every other week at the latest, preferably once a week.
11. Only one character per player. The only exception to this rule is with the Guide. If you choose to play the guide, you may create a CO as well since the guide is more of a support character than a main.
12. If you want to play the guide, PM me first. You'd have to work closely with me on your CS for the guide.
12. HAVE FUN [/SLIDE]


[SLIDE=The Chosen Ones]
The Chosen ones are the ones who will be uniting to go defeat Vaeros. Later on,
there will be a second part of the prophecy that reveals more about them. I would prefer if we could keep the genders even. These Chosen One's (or CO's as I call them) would come from very different backgrounds, different people. They probably won't all get along at first, but with time, they should learn to act more like a team. [/SLIDE]
[SLIDE=The Guide]
The Guide would be more of a minor character in this roleplay. The guide would be what draws the 6 CO's together. He would also guide them along the way, if they need strong advice. Or to get them back on track if they lose sight of their purpose. He would appear to each of the CO's in turn, how he would do that, would be by the player and the GM's choice, but is open for discussion in the OOC. He wouldn't be necessarily traveling with them, but would come in and out the group. A spirit would probably be the best way for this to happen, but if you want to make this happen some other way, feel free. :) [/SLIDE] [/TABS]​
___________________
If I have enough people interested, I will create an OOC. I would like to end up having a CO-GM on this rp. please let me know, and I'll create an OOC where the first post from each accepted player will be their Character sheet

Whoever ends up playing the Guide will have to work closely with me on their character. If you play the guide, you are also more than welcome to create a CO. If you play the guide, and we get along well enough, I may or may not end up asking if you'd be Co-Gm. I do ask that you PM me if you are interested in this role.
Last edited: Jan 16, 2021

I'm Interested. And, if you like, I wouldn't mind playing the guide and helping out on the plot.

I saw your name and smiled. It's been a long time. How are you? I've actually started this on another RP site, and we're full at the moment. Would you be up for a 1x1?

It's been a he of a ride for me at the end last year. December I lost my house and my foster daughter in a house fire. Now, we're all settled in apartments, and back to work and school. Now, I just need something to dive back into and just let everything go. Writing is my reality break.

If you have any ideas to play with, I'll be happy to join.

Oh no, I am so sorry to hear that. My heart breaks with you. I get that, it is for me too. I've sent you a PM throwing you an idea. 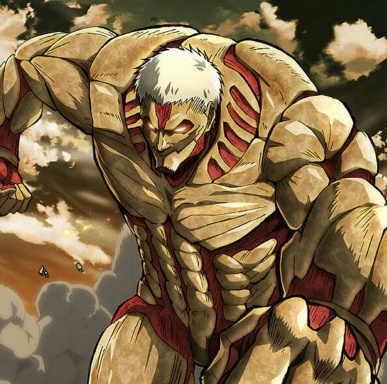 The Breather of Oxygen 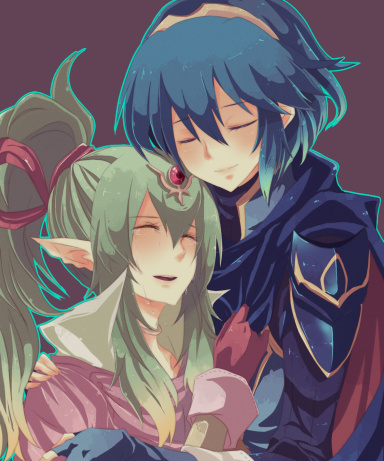 Genres
I'm open to a lot of things, but my comfort zone usually involves medieval and modern settings, with varying degrees of realism and fantasy. I like to explore mature themes, not for the sake of sex, but just because I like it when a character has to actually stop and weigh their options.

So, the war is fought during a modern era of sorts, but the destruction of all civilization and technology has not only leveled nations, but rended knowledge and the construction of modern tools from peoples' memories? That's.... kinda cool. And puts an interesting dynamic on character backgrounds. Were it not for this ancient prophecy dooming the world time and time again, Unification Day could have led to advances in interstellar travel.

These chosen heroes are going to be so screwed when it comes to swordplay, though~