Devil with a Silver Compass 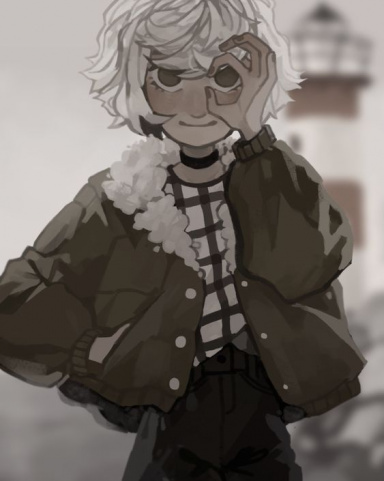 Some call you a rat, others, the God of Gold. A pirate, a Criminal of the Sea, and a captain no less; your personality consisted of aloofness and an almost inability to not cause mischief, some believed your very soul was crafted by the devil. You were infamous. It was funny, laughable almost, how someone as rough and righteous as you, met someone as pacified and collected as me. The tale begins with a trip to the market, nothing out of the ordinary. A list gripped loosely in my gentle hands did not seem to bode well with a strong, boisterous wind. Of course, I ended up chasing after it with one hand clumsily attempting to lift fistfuls of my dress in a vain attempt to clear the path for my feet, considering the amount of times I nearly landed on my head. In hindsight, it would've been a better idea to watch where I was headed, because the small slip of paper I was so desperately chasing after led me onto your ship, from the soggy wood of the dock, to the polished floors of the quarterdeck. My stomach pressed against the railing, and my hands reached as far as they possibly could, before I toppled over the edge. You, seeing the entire messy (and quite ridiculous) ordeal, rushed to my spot and caught me before I dropped into the unforgiving waters of the ocean. Now, we both would've been dry as the grains of sand in a desert, had I not made one last thrust towards the paper. And so, loosing your already addled footing, you tumble over the side of the deck, and we both fall into the icy waters. (I guess the general route this can go is that you and your crew are forced to keep me on your ship, due the the fact that you weren't supposed to allow anyone to see you, what with this being a pirate ship. A rough storm forced you to dock here, and a collected form of your plan was to feign a trade ship and stay until their resources are stocked. Of course, the captain, you, were not allowed to leave the ship, what with you being infamous around most parts. A quick glance at you, and an entire kingdom's navy would be inches away from your head.)
Last edited by a moderator: Mar 3, 2016
H

Hey I'm pretty new, but is this still open?

Hey HazyDaisy, it's still open and up if you want to do it. I'm pretty new here too, so i have absolutely no idea how to do shit but I guess we'll manage.
S

Mhm, still open. I haven't really gotten a chance to look at this, really sorry about that. Although, I mean, if you're still up for it, Sanuye, that would be wonderful!
Show hidden low quality content