Adventures of the Starship Durandal: OOC

I'm here and will have a sheet up at some point soon.

Original poster
Am I the only one who thought "Mass Effect" when they looked at this topic?
D

Original poster
Maybe, I know I didn't. Mass Effect is more about an existential threat to all species, not a war of expansion.

Huh... strangely I thought somewhere more along the lines of Babylon 5 for some reason...

Anywho I think my Char. sheet is done... ish... Lettme know if anything needs to be changed.
S

Original poster
Sorry I took so long to respond 8D Life's been crazy lately.
I'll get the AI here soon :)
Thanks for waiting on me, Sly! :D

Original poster
Slyen. Due the the fact that you've decided feliniods are IN, I would like to be notified as to specifics concerning them. The character I intend to play is one of lesser importance, but is one that might provide interesting happenings, if used. Please let me know. Thanks
G

Strengths: After a few years at the military academy, Victor has learned to wield the firearms used by the Solarian Coalition like a professional.
Weaknesses: Victor isn't a very reliable hand-to-hand fighter.
More: While Victor is no weakling, he's not exactly marine material either.

Current Goal/Purpose: Victor is new to the Durandal, and to space travel in general. Primarily, he wants to get a feel for his surroundings, and avoid making a fool of himself in the process.
Talents: Victor had the benefit of a wonderful education, and as such is very knowledgeable. He also has a generous side.
Inabilities: Born to an affluent family, Victor is rather spoiled, naive, and occasionally arrogant.
Fears: Victor is terrified of bugs.
General Personality: Victor generally treats his superiors with icy professionalism (or contempt, depending on the superior). With others though, he tends to be much more easy-going.
Inner Personality: Victor is nervous about his new position aboard the Durandal. Although spoiled, he is hardly mean-spirited.

General History: Victor was born to affluent parents. Following in the footsteps of his father, he attended a renowned military academy for a number of years before being assigned to the Durandal. He did well at the academy, but the decision was also influenced by strings pulled his family and instructors eager to get rid of him.
A

Original poster
Ah-haha! I remember Victor from Legacy! Him and McKnight are going to be drinking buddies!
G

Arsenal XA4 said:
Ah-haha! I remember Victor from Legacy! Him and McKnight are going to be drinking buddies!
Click to expand...


Hahaha, I'm looking forward to this!

If I recall, Sly said that this was starting Hallowe'en, I think. So that would be at the end of this week!
A

Original poster
Alright, let's get it on!
G

Original poster
Excellent! I was starting to get a little worried!
D

Original poster
Same here! I mean the sci-fi section is pretty much like what, only three really active threads now? SOM, A Las Barricadas, and 30STM are getting lonely out there.
S

Original poster
So I apologize for the tardiness of this. Real Life has been taking its toll in the work place and personal time has suffered due to this.

So before I post the IC, I'll cover the cat people.

Early in humanity's space faring days a team of japanese based scientists and explorers located a planet with a alien population on it not to distant from earth. The aliens resembled cats, and while they took a scientific name, a shortened name was used for ease. Peace and mutual protection pacts were formed, humanity eventually annexing them fully into the Compact upon it's signing.
The Nekojin are divided into two subspecies. When born, regardless of the species of the mother the child is much like that as a human, save for the obvious eyes, ears, and tail. When the Nekojin reach puberty they become one of two seperate breeds.

The first remains similar to how it is born, retaining a mostly human composure with obvious feline traits. The second however takes a much more feral appearance, growing fur and becoming larger in size. While the majority of the differences are cosmetic in nature it has been observed that the feral types tend to be more aggressive than their human like counterparts.

Not much... but its a start and my mind is failing me.
A

Ren's small stature and young looks cause him to be made fun of, but his skills shut most people up.

Strengths: Exceptional ability in the kitchen, as well as a strongly likable personality. Always smiling, and usually purring.
More: N/A

MENTAL CHARACTERISTICS
Current Goal/Purpose: To make the absolute best Pho in existence. To be friends with as many people as he can.
Talents: Is an incredible chef that can cook meals for a lot more people than are aboard the Durandal
Inabilities: Can't stand competition. When two members start to arm wrestle, he hides behind the nearest door or heavy furniture. He is known to capitulate to demands if the demander scratches his head just right, which embarrasses him, but he loves a good head scratch, and humans do it so well….
Fears: Canines, and energy weapons.
General Personality: Happy, bustling, and quiet, except when talking about food, or humans.
Inner Personality: Loving and gentle. Loves to cuddle, if he can find a partner to do so.
Secret: Wishes for a human master/mistress/lover
More: Loves the pocky that the ship's foodsynths produces.

HISTORIC BACKGROUND
General History: Ren's Village was small, as was the country he called his home. He was raised, as all Nekojin, in a large community house that supported more than twenty-five separate families. When he turned 18, he joined the Coalition as a civilian, and trained as a chef. By the time he turned 22, he'd already won over 15 different awards on Earth and on Nekosa. He was well known for his creations. When he received the invitation to join the Durandal, he was ecstatic. He saw this as a grand opportunity.
Present Life: He dedicates his life to the crew of the Durandal, and makes certain that they are well fed. The secret he possesses drives him to be the best he can.
Special Historic Notes: N/A
S

Original poster
Working on the first IC post still... seeing as it is almost 5am and I am leaving work soon to go home and sleep it will probably be up tommorrow.

In the mean time here is my character: 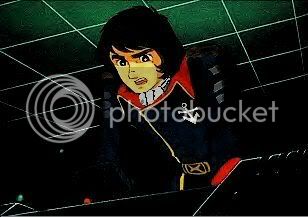 Strengths: Sight and Reflexes. Being a fighter pilot required both of these and is something he tries keep at as close a level as the day he joined.
Weaknesses: Nictoine addiction and fragility. Not only is Nick a smoker, but he also has a small frame which makes him easier to harm.
More: N/A
MENTAL CHARACTERISTICS
Current Goal/Purpose: Provide aid to the captain and his superiors to the best of his ability and to protect the Durandal and those upon her.
Talents: Exceptional Fighter Pilot. While he never got top of his class scores, he has flown in combat before and worked as a test pilot for ONR. Nick also has seen combat, having some experiance in it and how to stay alive..
Inabilities: Unused to command. While he is not the officer in charge onboard the Durandal he is close. His entire career he has been taking orders and is unused to, though not unfamiliar with issuing orders.
Fears: Space. As odd as it is for him to be a member of the Coalition Navy he is afraid of Space and the dangers it holds. While he feels more confident inside a ship or a fighter he suffers during EVA.
General Personality: Nick strives to be a proffessional as much as he can, trying to fill the appearance of his role.
Inner Personality: While it shows through more often than he would like Nick is not as proffessional as he should be. He often slips up when it comes to military formalities for instance.
Secret: Most of his file, in particular his history with ONR, has been closed off by ONI.
More: N/A
HISTORIC BACKGROUND
General History: Nicholas lived a relativly uneventful childhood. After completing his schooling at the age of seventeen he entered into the space navy, going into flight school. Shortly before graduating, the Grayson Incident began and he was shipped out to the front with the rest of his class.
Present Life: After participating in three major battles and at least a dozen other skirmishes he was pulled from the front by ONR. He worked as a test pilot for them until getting assigned to the Durandal.
Special Historic Notes: N/A?
A

Original poster
I'm sorry it's taking me so long but I'll have the bio up for my charrie this week. <3
G

Original poster
I apologize as work life has caused personal life to be semi-hectic of late and now I am on a working vacation. I'll try and get the IC post for Durandal up this weekend at some point.
Show hidden low quality content
You must log in or register to reply here.
Share:
Reddit Pinterest Tumblr WhatsApp Email Share Link
Top Bottom