Time for a round of FMK!

Oh, and just a friendly reminder to please not use this game to flaunt your grudges/personal beefs with other members, should they be nominated, okay? Keep the mood light, and have fun with it!

If I see people using member nominations to flame, dump on, or otherwise incite shit in this thread it's getting locked. Bam. Just like that. And I will probably come slap you for ruining my game, too >8(


Play Order:
Player A: Ash from Pokemon, Ash from Evil Dead, and Ashton Kutcher (cause I wanted a third Ash name and there's not that many O_O)

Player B: I would fuck Ashton obviously, I'd marry Ash from Evil Dead cause I feel like he'd protect me, and I'd kill Ash from pokemon cause he's a terrible trainer.
Princess Zelda, Princess Peach, Princess Elena (street fighter)

Let's start this off with a famous trio!

Easy, Fuck Harry cause who wouldn't want to say "Yea, I fucked the guy that killed Voldamort" Marry Hermoine cause she's an intelligent and maybe... MAYBE can teach me some of that magic shit. Kill Ron because he's the only one left.

Marry Brovo, cause who wouldn't want a fuzzy lil ferret around the house all day? Fuck Jorick cause his old av with the gentlemanly mustache was like DAAAAAANG, and kill Gwazi cause we all know he'd just come back from the dead and strengthen his cult :P

Minibit said:
Marry Brovo, cause who wouldn't want a fuzzy lil ferret around the house all day?
Click to expand...

I am so conflicted right now.

Marry Obama because he's at least got some charisma, fuck Bush because then I could get him to give me oil money to keep his dirty little secret in the closet, and kill Hillary Clinton to save the US from making yet another horrible decision.

Kill Jonny Bravo cause while he is a great character, he'd annoy the fuck out of me. Marry Samurai Jack cause he's amazing. Fuck Jackie Chan cause... eh, why not?

Minibit said:
kill Gwazi cause we all know he'd just come back from the dead and strengthen his cult :P
Click to expand...

Hehehehe...
You guys tried killing me before and all it did was get people offended. :3

Kill Joffrey because do I even need to explain why?
Marry Optimus because I feel he's the most turst worthy.
Fuck Naruto... He's the left over, but at least he has that sexy Jutsu to make it easier.

Minibit said:
Fuck Jorick cause his old av with the gentlemanly mustache was like DAAAAAANG
Click to expand...

Aaaaaaand because it's still the most recent suggestion due to the previous poster's failure...

Fuck Joffrey because my spirit animal Littlefinger did so indirectly in Game of Thrones so I might as well do it directly. Marry Optimus Prime because fuck yeah robot husband. Kill Naruto because ew Naruto.


For the next person: Superman, Batman, Spider-Man

Fuck Dawn because... just look at their avatar! They are getting mindfucked already! Hehe, mind fuck, geddit? No? :(

Marry Minibit cause her charm captivates my heart <3~ And oh, because her avatar is Konata, actually, it's because of Konata, if she changes avatar, I'll file a divorce... DON'T BAN ME PLEASE ;~;

I'd fuck Wonder Woman, cause she's pretty hot, I'd marry @Diana cause she's smart and pretty and has house elf experience, and I'd kill Diana from League of Legends cause bragging rights

Kill JB, Fuck AG and Marry ZM. Why? I despise JB, AG sounds like she likes it rough cause of the song "love me harder" and I'll get money from fucking her. and ZM I don't know so if worse came to worse I'll just divorce after.

Kill the Neckbeard, this is the only confirmed male of the three. And since all options are shitty, I'm killing the one where there's zero chance I have some sort of attraction.

Fuck the SJW Otherkin, I imagine otherkins have some pretty interesting kinks.

Marry the Scientologist, for no reason other than to troll their family at family reunions. :P

Kill Captain 'Murica because this is the Internet and in the Internet, hating 'Murica is cool for some reason...

Fuck Alice from Madness, cause you know she's gotta be a freak in the sheets

Marry Alice from Wonderland, cause I could use a random-ass acid-tripping muse to keep my thought processes from getting stale :P

Kill Alice from TouHou cause I can't marry twice :(

Fuck Beyoncé, because dayuuuuuum that would be fun. Kiss Michelle and Kill Kelly. (You bastards :( )

Kill Donald Trump, I don't like his act in The Apprentice show. Oh he's a nominated for Presidency? Uhm er... ok. :P 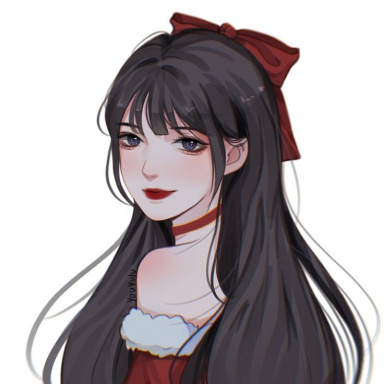 Fuck Hades because I'm a good and innocent girl (confidence is gold XD) and bad guy always try to get that kind of girl to bed, maybe?
Marry Death because killing her is... useless.
Kill Enma Ai... So sorry I've to kill her because I don't know her, killing a stranger will be easier, yes? No? Whatever~

Marry Sailor moon, Fuck Sailor Jupiter and Kill Sailor Venus. My childhood had nothing with the word "sailor" in it so I'm just doing all this at a whim and hoping my luck takes me to a good direction.

Marry James T. Kirk and rub it on Spock's face.

Kill John J. Sheridan cause... I don't know that guy.

Dammit, really wish I got the John J Sheridan one.

Fuck Thor, because that would be metal as hell.

Marry Susanoo-no-Mikoto, because the dude dropped out from the Heavens and murdered an 8-headed dragon-thing to help peasants. (Assuming I remember correctly.)

Kill Zeus, because the slut would cheat on me. >: |