The Voice of Angels


Angels, a futuristic city on the cutting edge of 2050 technology. They make everything from teleportation gizmos to hover cars. Not only that but Angels is where "the Ruler" lives. The ruler remains nameless and faceless. All who have seen him have had their memories erased, or they've been killed, depending on the circumstances. That's a secret though. So, who exactly is the Ruler? Why, he's the man who brought about world peace, or so we think. We're led to believe that he single-handedly ended World War III. He now rules over the whole world.
But there's a group that knows better. As a matter of fact, this group knows the truth. The truth is quite simple. Brainwashing. This Ruler guy has a way of convincing everyone to listen to him. Every night and every morning, there's a world-wide broadcast of his voice on speakers in every city. These honey-sweet words convince people that Ruler is great, Ruler is good, Ruler knows best.
Ruler is God.

More Info on the Group:
They simply call themselves Group. They work underground, where the sound of Ruler's voice can't affect them. They try finding ways of getting everyone to realize the truth.
So far, their latest plan is, assassination.
However....Ruler is always guarded. The place rumored to be his home is under constant surveillance.How can they possibly get close enough to kill Ruler?


We could use:
Group members
Citizens of the "harmony-filled" world
Security guards for Ruler
Ruler

(The person who's Ruler can make up the broadcasts and such)

If you have any plot-ideas, feel free to post them :)

Edit: Just a question. If I were to use an image for my character's appearance, would you prefer anime or realistic?
C

G'ah! I should mention:
Group members live normal lives, but when broadcasts come on they go underground. All Group members have a small underground escape in their house.

Bleh! I need my own profile too! :P
T

Original poster
This sounds like 40k...I'M IN! Maybe. Need to get back into normal life after working graveyard shift for 2+ weeks. Then we'll see.
C

Occupation- Group Member
Occupation before joining Group- Member of a gun-club/College student
Personality/Bio- She was a nice person. However, after Angels and Ruler was established, she became a moody, melancholy girl. A pretty little gun-nut, she can shoot just about any gun.
C

Occupation- One of Ruler's Body guards
Personality/Bio- At the age of 4 he was adopted by Melissa and Harold Heins, a couple who thought they could never have kids. Two years later Melissa became pregnant with Jayde. They were very close siblings, though they weren't even related. Jyo, unlike Jayde, was fooled by Ruler's sweet words. He went to the police academy, became an officer, and was later promoted to Lieutenant. Then, he was recruited as a body guard.

Original poster
I used realistic pictures because they were cool :D XD

Appearance: Five feet, ten inches. Medium length hair for a man, dark and generally the longer parts are tied back with an elastic. His face is a bit scruffy. He wears glasses, though only when tinkering with technology. His build is fairly strong, considering the rough training one goes through in order to become law enforcement.

Group Occupation: One of the several techs and inventors. Also some of the muscle.

Personality: Outwardly cool, calm, collect. Inside, his mind is rarely standing still and he's always observing, learning, memorizing one thing or another. He's not the kind of man to wear his emotions on his sleeve, though he's not a complete shut-in either. He knows how to smile and joke with the rest of them, though lately he hasn't had much to be happy about. When working with technology, he's often seen with a stoic expression on his face.

History: Everything was fine. Life was great. Jay loved his job because he got to tinker with pricey technology. He was happy...

The explosion changed all that.

It was faulty wiring on one of the speaker systems that had recently stopped working; a shoddy job done by a lesser. "Officer, about this..." He'd turned away to inspect what one of his juniors was asking about and it was then that the damn unit short-circuited and exploded. He was closest to the blast of course, though aside from a few pieces of metal sticking out of his skin and the annoying loud humming in his ear, he was otherwise unharmed. After he was discharged from the hospital, he was ordered to stay at home and recover. It was then that he started to lose his hearing.

He's always known about the rebel "Group" but now that his mind isn't being watered down by the radio broadcasts, he knows that Group is his only option. After all, he can't let anyone else find out about his hearing, nor is his lack there of a permanent thing. For him, it's a race against the clock to come up with a solution before the end of his allotted recovery time.
C 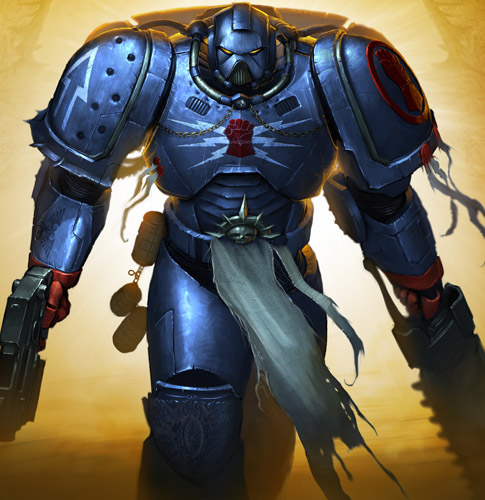 Original poster
I like the first one :) he's more futuristic-y (know what I mean?)
T

Original poster
Oooooooh, they both sound pretty awesome! Maybe you could use both of them?
T

Original poster
^_~ you should do both.
C

Is this RP still a go? I realize we need more players of course but I was wondering if you'd given up.
C

Original poster
No, I haven't given up yet, just waiting for at least two more people before starting. ^^
S

Appearance: Exactly five feet, slender, but with an athletic build. Light brown hair and light blue eyes. Usually seen in dresses with cute accessories in her hair. A contemporary sense of fashion.

Group Occupation: One of several technicians, head of communications and intel, & recon agent.

Personality: Cheerful, with a delicate emotional sense and a bright, outgoing personality. Generally a sweet person, Yi-Ting keeps her thoughts to herself and offers help when it seems like someone might need it. She's a bit clumsy when anxious and can easily be understood through her facial expressions, but is a hard worked and serious at her duties. She is determined to always try her best.

History: Yi-Ting was studying hard to get her degree and work for Ruler. She wanted to be one of his security agents, if possible. Working for Ruler was her dream until she came to realize what a mindless zombie she and the others had become.

It was one day, in the late afternoon when she was walking back to her apartment. She saw a group of people scurrying away into some kind of underground tunnel. When she followed them, she came upon the Group.

Yi-Ting felt ridiculous for having been the Ruler's pawn for so long and still feels bitter because of it.
She wants to stop him so that other people don't have to suffer with false dreams like she had.