You are using an out of date browser. It may not display this or other websites correctly.
You should upgrade or use an alternative browser.
T

heres the run down:

The story takes place centuries back in time. You live in the ity Lazoruss, the city is heavily guarded by the Sky Burners. A Burner is like a dragon born but interacts with more than just dragons.You can have any type of winged beast you can think of.A burner can be of any teenage year ranging from 12 and up. Your character is born with a special tatoo on their body(any location) and is destined for greatness,along with being givin elemental power similar to the beast they are destined to ride. Every burner has a winged beast that knows them by heart. When you find your beast your character will become one with it.The rest of your character is up to you :P Good luck!!

For the rest of the plot, your character will become stronger to handle a great evil soon to destroy the world and it's blessed people.You're soon given the chance to find the othr Burners and their beast in order to save your land, it's people, and the world.

what you need is the following:

BTW: i've redone the intro to this thread so you may hae to read it over :I
C

It sounds like a really good plot that you have but can you give a little bit more detail?
T

yeah sorry about that, i was at school and had to move to my next class :L

tattoo:a dragon with its wings covering the width of his chest and the tail coiled around Rhon's body.

elemental power: has a intense immunity to extreme heats, he can summon and manipulate fire at will.

background info: Rohn was 13 when he met his dragon, at the time his family put him into hiding and made him a mercinary, in order to keep him away from the life of a Burner.

tattoo: 3 ravens on her collarbones.

elemental power: Water: she can manipulate and create any type of water. She can also stay underwater for a very long time and she swims extremely fast

Background info: Brynn has always been the girl who's always in the thick of battle. She is a really tough person to get to know mostly because she is so cold and aloof when you meet her. This is mainly because on the day that she found her dragon, her parents were viciously murdered by 2 hooded figures. She never shows her pain or even her emotions sometimes making her hard to read. But if you can get past the tough outer shell, Brynn is one of the best people you could ever have in your life. She is loyal and will always put her own life before her friends and loved ones. She believes that to love is to destroy but maybe she just needs someone to show her the opposite.

This seems interesting. I'll get a character up when I can think of one. ^^
T

I'm kind makin the story to play out kinda like this :

tattoo: (on his left shoulder blade) 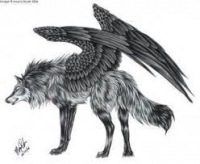 elemental power: He has the power over the ice. Not water, just ice. He can summon icicles on his body, and he's always at ice cold temperature but feels as warm as normal. He can also freeze water if he concentrates hard enough.

Background info: At age 17, Nolan met Fenyr his large winged wolf. Before meeting his dragon, he played the flute for children and the occasional adult that stopped to listen in the town he lived in. Now he travels and plays his music, all while training to be an extraordinary swordsman one day.

(if a winged wolf is too much let me know, i'll change it to my dragon. just thought it would be cool to change things up a bit.)
N

(What exactly does the mount you have . . . have to be i have an idea of one but its sort of monsterous . . . . and kinda technological . . . . though i could say it has different stuff well idk just tell me what is the stop line of mounts)
S

This sounds fun! Can I join?

Elemental power:
The ability to control, manipulate, and create fire at will. His body is naturally warmer, and he does not easily burn.
Profession: N/A
Background info: Orphaned at a young age, Rhaego was taken in by a butcher. He apprenticed under the man, but eventually ran away. He lived alone in the mountains for some years. It was there in solitude he met his dragon, Vertrag, and discovered his ability to manipulate and create fire at the age of 13. He lived by himself in the woods, and hid away from civilization.
T

Damn this thread got HUGE while i was gone O_O.

But you don't necessarily need to have a dragon. Your beast can be anything:

Along the road when the thread is started more will become clear. Till then create your character and have fun! :D
S

The tattoo takes over the front section of her torso, laying over her entire stomach starting from the mid of her chest, ending exactly at her hips.

His name is Wrenlord, and he serves to protect Riza with his entire being. His wings, when opened up, span a great distance, giving him speed and fair durability while up in the air. The blue lightning looking appearence around his scyth-like limbs are simply there to add intimidation to those who face him. They serve no purpose, besides helping the creature look incredibly stellar.

Elemental power: The ability to control plant-life and all foliage. This includes roots, leaves, twigs, stems, branches, petals, bark, ect. Also, the ability to cause seeds from plants to shoot out at the speed of bullets towards any target chosen (which would hurt..a lot). Riza has some healing powers, but they are limited to healing plants, bringing them back to life. This can be useful, as certain herbs are necessary to create potions, elixirs, remedies, and such as the sort. Say someone places a leave over their wound, Riza would be able to apply her powers over the leaf, so that it will extend and wrap like a bandage around that individual's limb, covering the exposed muscles.

Background info: Ever since she was a child, Riza knew she was different from the other kids. It was unusual, after all, to sit around all day during recess, deep in conversation with a nearby weed, trying to console it and bring it to the realization it is an important part of the plant community, and should not feel it needs to give up on living. This was compared to the usual children who would play in the dirt and run around with each other, of course. It might have helped her realize this with the fact she did not live with a father, only her mother was around. Her mother was an excellent caretaker of the plants around her home, which added to Riza's early interest, and sudden notice of such a natural-born talent she held.
Living nearby the local forest, Riza was found in the area almost every single morning, afternoon, and late night. Her favorite hobbies included climbing the trees, which was easier to do for her since the branches leaned out like steps for her tiny feet, reviving wilted blossoms in the winter season, and frolicking with the squirrels, who appreciated her finding their hidden acorns quickly to save them time. At the tender age of ten, Ri-Ri stumbled upon her Burner beast, which turned out to be a quite large praying mantis. Awed and held in shock by the sight, it was soon her heart warmed up and felt something she had never sensed before. She had found her companion she never even realized she was lost without. From then on, Wrenlord and Riza were inseperable.
Reaching age thirteen, Riza decided on wanting to grow up and become an Apothecary for the village she resided in with her mother. She enjoyed caring for others so greatly that she knew this was the right job for her to study. Following behind to shadow the head of the field, she still today works alongside her teacher, discovering how to mix the right kind of cure for most ill cases that come her way. However, she never goes a day without visiting Her forest, no matter how cluttered her agenda may be.​

name: Clarissa Layanne
age: 18
appearance: Her eyes are white-blue, since you can't see them in this image. 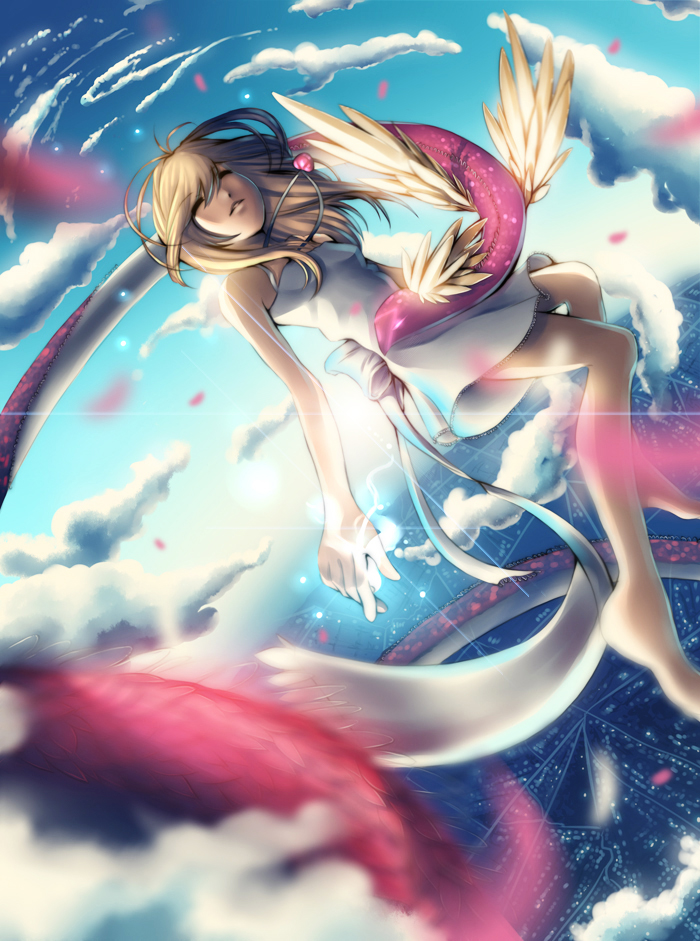 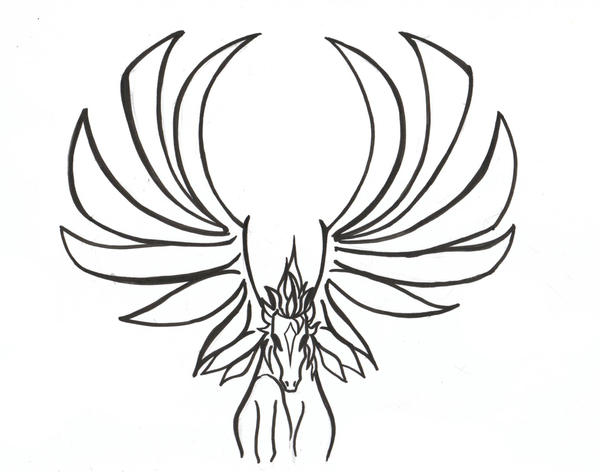 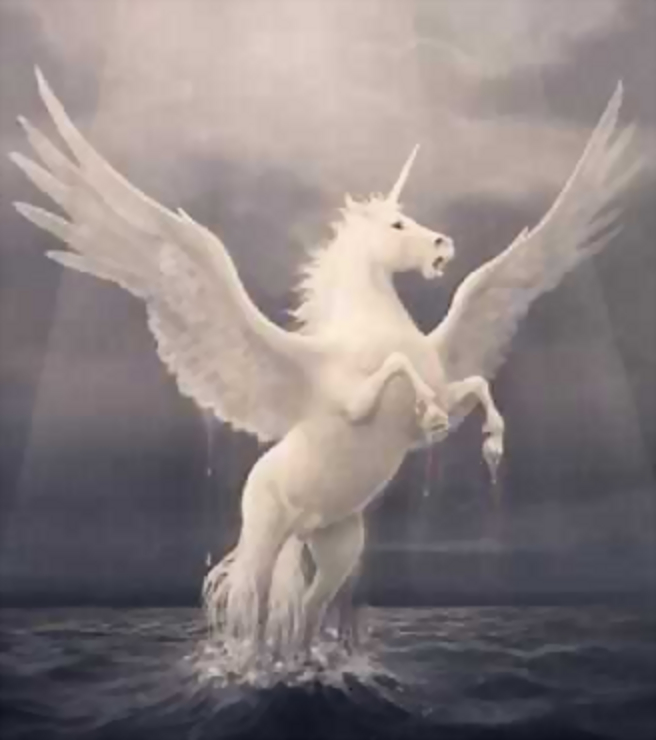 elemental power: Light. With predominantly healing-based skills she often finds herself in the position of nurse. She can channel light through her body in combat situations, blinding those who meet her gaze or burning those who touch her. (Think light equal to the power of the sun. I'd probably say it burns out from her eyes.)
profession: Currently unemployed.
Background info: Her beast found her at age 16. Clarissa being of one of the families on the outskirts of the city, she simply hid her beast in the forests outside the city and made journeys out to look after the beast. She's developed a strong healer's touch since then and has taken up the unofficial position of a nurse for most of the surrounding families. Her beast also taught her how to channel the sun's power, although it is a self-destructive ability that burns out her retinas slowly. She's had a severe deterioration of her vision as a result, and already needs to use her hands to feel out people's finer features. Within a few short years she expects to be utterly blind.


Do let me know if I need to change anything.
T

Well would you look at that, I'd say we're just about ready to start this RP. :D
S

AGREED.
LET'S DO THIS.
-grabs a bag of gummi bears and prepares for battle.-

That, right there.
That is a sexy dragon.
S

I was just wondering if we could change the name on this thread to OOC in the title just so I stop getting confused? LOL Just askingg
S