Searching for partners, what more is there to say? 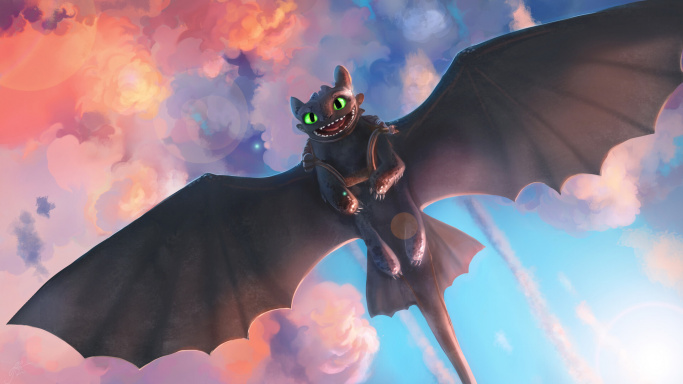 Greetings! If you're reading this, then hopefully it means you are interested in creating an amazing roleplay with me, and we can either do one of my ideas I have below or do one of your ideas! Or create a whole new one together! However, like all request forms, I do have requirements and rules that all must be read and followed.

So lets get straight to the point.

My Requirements:
Now some things about me:

I think that's all you need to know now. I hope I haven't scared you away, and if you're still reading, then that's great! You may be an ideal match! :D I hope I haven't sounded rude or a strict person, I am very nice, but please understand that I have come upon many disappointments so I am picky with who I choose.

Now to the fun stuff!

They were monsters. They had enslaved the entire human race, their power far stronger and superior than the feeble humans could withstand, so have no choice but to obey. Or die. But what happens when one man stands up and rises against these monsters, and forms his own rebellion? Fighting back and causing a mess of trouble of his Overlords? But then one day he and a large group of his men were ambushed, and while his fighters are either enslaved or killed, he himself is brought to the leader of the monsters himself? The king. He plans to execute the pathetic human and make an example of him to the rest of the rebellion, but then the king's daughter steps forward, saving the human's life by claiming him as her own personal slave. The human should be grateful, but he would rather die than serve the ones he hated most.

((This is up for discussion and development, and is leaned more towards the Liberteen style. The 'monsters' is entirely up to debate. They can be vampires, werewolves, dragons, or completely made up so long they have a human form. Now this plot can go however way, anything can happen. I will be playing the human male, and you will be playing the female. Now her decisions, her personality, all of it is dependent on you. However I do expect her to be aggressive, dominant, seductive, and pretty dark. However that can change later on depending how the story goes, and like I said, it is completely up to you. But of course you wouldn't expect the daughter of the king of a dominant race to be a goody-two-shoes who has a love for human beings. Am I right? But feelings can be formed between the two depending how the story goes.))


-Under The Talons-
They were murderous monsters. That was what he had always been told by the very people who trained him to be the perfect soldier. The Order specializes in slaying dragons since the olden days when the first dragon slayer, Saint George, slew a dragon. Saint George is who they are now, named after the first dragon slayer, and over the many generations they have hunted and slew their long ancient enemy. But dragons are survivors. They have learned to take human shape so that they may live among humans without suspicion, but Saint George knows of this trick, and tries to seek the hidden dragons out and kill them. So it was no surprise that he would be sent out to hunt down a Sleeper, who are known as dragon hatchlings first learning to be human, and go undercover to try to find and kill it without alerting everyone to the existence of dragons. To do so he must earn the Sleeper's trust, lower it's guard, and reveal it for what it really was before he can complete the assignment... And kill the dragon. But what happens when he discovers that dragons aren't really what the Order had always taught him they were supposed to be? What happens when he finds himself enjoying the possible dragon's presence and can't seem to stop thinking about her whenever they are apart? If she is not a dragon, then the assignment would end and he would leave, never to see her again. If she is... Would the perfect soldier be able to pull the trigger? And what would happen if she ever found out who he was before hand?

That's all of the ideas I have for now, but I may be adding more in the future. However I am open for any ideas you may have! I crave adventure! Excitement! Twists and turns that keep me on my feet! I want to create something amazing, something that keeps my heart pumping and blood racing. I am open for nearly anything, all you need to do is ask! I'm looking forward to hearing from some of you! ^_^ And don't be shy to ask me any questions!
Last edited: Nov 5, 2015
Show hidden low quality content