After the defeat of Voldemort, darkness finally laid its ugly head to rest in the land of magic. The hidden life of Witches and Wizards stayed elusive to the muggles, who as a whole, had no idea how close they had come to death. The brave few who stood strong against all odds would forever remember the triumph and heroism that took place in that final battle against darkness in the greatest school in all the Magical world; Hogwarts.

Although Hogwarts was left in a semi state of destruction, it wasn't long before it was rebuilt and once again it's halls filled with young and talented minds. If anything, the great battle only contributed to the mighty castles legacy thus making it's reputation even more epic.

Our story takes place 17 years after Voldemorts death. It's a new time in a familiar place. The great castle stands tall against the September sky, like a beacon to the students returning as well as to the timid first years who shake with anticipation.


Characters we need will be students. First year, second. Whatever year is ok with me really. A teacher or two would be cool too, but its not essential as I think we can make the majority NPC ( It would be good to have at least 1 PC teach though)

I want to have a list of teachers and what they teach for players to reference here in the OOC, that way we will all be on the same page. I could use help with some good names as well as help remembering some different subjects and such. And don't forget, since this is going to be our RP we can get creative with the classes, they don't all have to be previously (as in the books) mentioned ones.

I think we should have a little Pre-Rp (Hey that rhymes!) discussion here before I throw up the actual thread. That way I can get lots of Input from Y'all as to where you would like this RP to go and ideas you may have and such.

Heres a basic list (which I will edit as people help me add things) of classes and the teachers. As you can see I haven't added any of the Professors yet.

Potions - Taught by Professor Alaister Taboran,
and Played by Grumpy

Defense against the dark arts - Taught by Professor Robert McLeod,
and Played by Darkness.

Study of magical creatures - Taught by

Lastly, I am mostly active on the weekends this time of year so bear with me as I try to post as often as possible. I won't leave Y'all hanging though, promise.

And now Lets talk and get some classes and teachers down. I have never RPed a young wizard so I'm excited as hell to do so. I'll create a Character within the next few days and hopefully have the thread up SOOOOOOON!

Did i foget anything? oh, yea heres the CS.

can i bring in a spteznaz team as badguys when the time comes?

i have several deliciously intolerant scenarios planned out for such a time.

*PUSHES HIM DOWN THE STAIRS!* I WAS GOING TO DO A MAGICAL SCHOOL RP SOON! >:[

Russian Special forces may or may not play a major role in this RP,lol............either way If the time does come I'm sure no one will care, so go ahead and bring em'.

......And thanks for your interest Diana.
Reactions: 1 person
D

Great...by the end of the year you'll either betray, go insane, murder, or be murdered.

Good luck shaking the Hex of Defense against the Dark Arts

Ok then, Darkness gets the Cursed seat as DATDA professor.

I have to admit, I didn't expect people to jump on as the teachers, I thought we'd be filling the spots as NPS's, but this is awesome.
I

I reserve a place in Ravenclaw. 'Tis my dream come true.

Will post up a character sheet soon with details.

Coolness, blood! Glad to have you. I'm still in the first stages of character creation myself. I will be playing male 3rd year Griffindor who has two muggle parents. Thats pretty much all I got right now.
H

I know I did this in your comment box, but Astronomy and Divination are absent, sir. xD

Thanks, already added them.
P

YAY! So excited!!! I can't believe this came about from a Cbox convo!!!

Broom: Firebolt 2010, Gets her flying niche from her father. Also a Seeker.

Short Bio: Aurora is a chip off the old block. She's as mean, cunning, and sarcastic as her father. Only with a bit more guts. To be quite blunt, she's a bitch. She's been know to be a seductress and get what she wants most of the time. She will only associate with Slytherins and the occasional Ravenclaw.

Additional Info: Previous to this, she had attempted murder on 2 students and their child. She still believes that the Dark Lord will come again and has the Dark Mark tattooed on her left forearm.


Also, I'll be posting mine in a bit. So Y'all can post your CS's now. Also I'll be giving some of our NPC Professors names in a while, after I see whos playing what. I guess we can give them personality IC as I dont want to write all those NPC descriptions here. Sound good<>?

RELATIVES: Mother: Jane Greywind ((Muggle)) Father: Dean Greywind (Deceased Wizard. After his intermagical relationship with Max's Mother he was killed by a dark wizard in London)

BROOM: Nimbus 2005 (Very out dated). While he can fly fairly well when he has to he lacks the funds for a good broom.

SHORT BIO: As a child Max grew up a normal life in the Muggle world, little did he know that magic blood was flowing in his veins Although Max's father, Dean, was a full blood Wizard Max had no idea that he was too until he received a letter from Hogwarts 6 years ago. His father had managed to keep it from his mother until his mysterious death. While at Hogwarts Max is your average 16 year old wizard.

ADDITIONAL INFO: Max is an average student. He gets along pretty well with most of his class mates and fellow Griffendors alike. He has an aptitude for mixing potions, even though he nearly burnt down the dungeon potions class room his third year while making a garden gnome repellent.
D 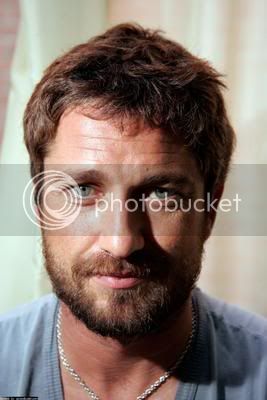 He's 6'1", has some scars on his arms and chest. He often wears a black leather jacket that has lost color with use, preferring to buy another one instead of repairing it. He wears jeans that look just like his jacket, and leather boots that have seen better days. He likes to wear shirts without much design on it, and that don't stray from the primary colors.

The son of a Scottish wizard and an American musician, Robert lived aware of magic since he was born, he lived in Scotland until he graduated from Hogwarts -Where he'd been sorted into Slytherin-, after graduation he moved to America to live with one of his cousins from his mother’s side. There he became interested in being a musician and became a guitarist and singer in a hard rock band for a few years, he enjoyed being away from the wizarding world, or rather didn't mind being away from it.

Sometime later he returned to Scotland, after his father asked him to come back to work with him as a curse breaker for Gringotts, working in Iran to bring back gold from the Persian ruins. Later, Robert got married, but he got divorced two years later, a friend of his from Hogwarts who had a job at the Ministry suggested he took a job as a teacher at Hogwarts, the position recently opened after the last professor retired.

Calling dibs on the potions teacher.

I am SO making a slightly stir-crazy professor...

Name: Alathea Hawthorn
Age: 18
Gender: Female
Blood Type: Full Blood
Relatives: Amalthea & Heathclif Hawthorn
Appearance: Straight dirty blond hair, brown eyes. Curvy figure and about 5'6". Alathea is prone to falling in to "serious expressions", making people think she's upset about something when in reality she's just spacing out. When not in school uniform, she tends to wear darker toned earth colors. She never wears makeup.
Year: Seventh
House: Ravenclaw
Wand: Hawthorn, 12 Inches, Unicorn Hair
Broom: No broom. Alathea has a distinct dislike for flying.
Pet: A crow she calls Sparky. "What kind of name is Sparky for a crow?" "I liked the name Sparky!"
Short Bio: Alathea comes from an average, every day wizarding family. ...which has made her all the more want to be very NON average. She is constantly looking for ways to stand out, be it through academic achievements, attempted sports (that didn't go over to well), or getting involved in school activities. Once she graduates, she intends to become one of the Professors. Hopefully Study of Magical Creatures.

And a Stir crazy Prof. would be awesome, Jack.
P

Okay, cooking up a Slytherin for your consideration. Ambition is a harsh mistress, but I'll manage.
H

http://www.elfwood.com/~mknelson/Red_Wizard.3049463.html
(minus the dragon and the staff, and put Hogwarts clothes on during class. These are his normal clothes.)

BROOM: Whatever's in the school closets. Has a Firebolt reserved for when he's gained enough money.

SHORT BIO: Was born in Dublin, Ireland as a farmer's son, unknown to him his magical blood and background. Ended up peeling a potato with his magic, and his father told him of his wife, who had died giving birth to Zeromus. He decided that he wanted to follow in her mother's footsteps of becoming a Auror, a catcher of Dark Wizards. Also decided to go to the same school as his mother, Hogwarts. Is a very poor farmer's son, having aquired just enough money for all his years of Hogwarts and a bit more, just from his mother. Is a very protective guy, loves to defend those in need, and has aquired many enemies, but just as many friends, throughout his school years. Has a strong sense of justice, but is quite the troublemaker, and hates rules that make no sense to him. A hopeless romantic, as well as a musician (saxaphone, cello).

ADDITIONAL INFO: Is exceptionally good at dueling, and thinking on his feet. Best subjects are DA and Transfiguration. Next best are Potions and Care of Magical Creatures. Worst are Divination, and History of Magic.
Plays Quidditch, favorite position is Chaser and Beater. Is a great joker, and is sarcastic, and can be cynical at times, as well as emotional.
Show hidden low quality content
You must log in or register to reply here.
Share:
Reddit Pinterest Tumblr WhatsApp Email Share Link
Top Bottom