Original poster
Speaking of which, if any of you feels your character's summary is inaccurate, please let me know and I'll try and fix it.
R

Appearance: Alek is one hell of a looker. If his disarming smile, dark deep set eyes or chiseled features aren't enough to win your heart, then his well built, rock hard body certainly will. Standing at a broad shouldered, imposing 6'1", Alek nevertheless manages to convey an open, friendly demeanor. He moves with a certain awareness and confidence, and most always has a mischievous glint in his eyes. 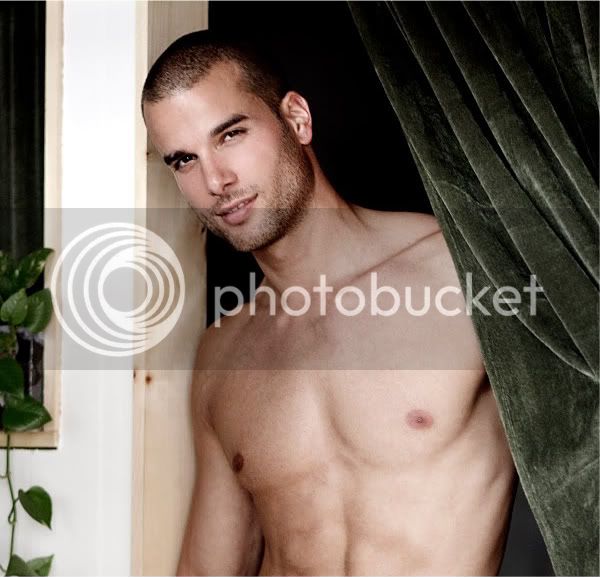 His wolf form is above average in terms of size and very well built, a thick grey coat covering most of his back and a paler grey on his underbelly. His face is a mask of dark slate, almost black fur, with dark amber eyes watching the world alertly. 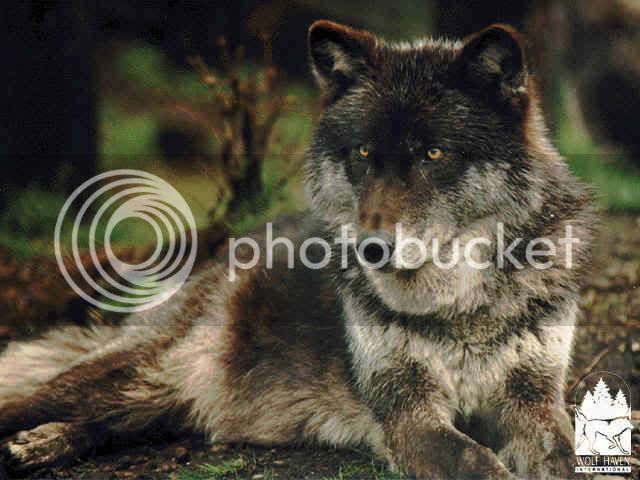 Abilities: Alek has two passion. The first is hand-to-hand combat, and as a result, he's a flexible fighter with incredible stamina who can pack quite a punch. The second is women. Yes, ladies, he is quite the heart-breaker. There are few who can resist his playful charm, his naive love of physical activity, his big brown puppy eyes...

Weaknesses: He's completely useless at: strategizing, unless it has to do with one-on-one or hand-to-hand combat, using a weapon (brandishing a sword will most likely result in self-inflicted injuries), planning ahead, magic, cooking, reading, sitting down and listening for long or short periods of time.

Character: Always ready to laugh, play and get into mischief, it would seem that Alek still hasn't quite given up puppyhood. He's quite simple-minded in that he lacks any cruel or manipulative streak, and is rather open and straight forward with his intentions. Though mellow and friendly, he is confident, and holds his place without resorting to his fists, but wouldn't hesitate to pick a fight if necessary.

History: Alek was the biggest pup of his litter, and was always the favored one growing up, though he was a handful (was it any wonder?), being the hyperactive little pup he was. His restlessness and willingness to act on any given idea meshed well with Rowan's more forceful, driven character. Due to their closeness in age, they became fast friends, and one was seldom seen without the other. As they grew older, pack responsibilities took over most of the time they used to spend together, but Alek remains devoted to Rowan as ever. He knows that within the pack, many view him as a possible candidate to the alpha position (in a few years, perhaps!!) due to his combat prowess, but he would never dream of overstepping his best friend. He supports her in all her decisions, even the crazy ones like leaving the pack!!! (he wasn't too thrilled about that one) and fully believes that she'll be a great Alpha. One day.
X

Original poster
Will comment on the character when you finish the history, but he looks great so far.

I should note for clarity that werewolf form is still humanoid--not like an actual wolf. Just in case anyone was confused...
A

Original poster
I find myself interested. If you already have the five, I have a character bouncing around in my head - an inveterate wanderer, somewhat dominant (but completely uninterested in leadership) lone wolf.
X

Original poster
Well, there's one more werewolf needed without a character sheet, and if you want to play a wanderer it's absolutely fine. You can post the sheet for your idea as soon as you want, and I can officially accept it once the last slot is full. The only catch is it will be a few posts before characters other than the original six can start directly interacting with them, but that shouldn't be too long. They just need to get out of the forest and start the first 'quest' if you will.
R

Original poster
Alright, I edited my post with the History part.

And for the wolf picture I used, let's say it's just a general idea of how the color pattern on his fur is. (It would seem that I am too used to "werewolves" referring to humans that turn into real wolves as opposed to a half wolf half human creature. Gah!! Twilight... x_x)
X

Original poster
Okay, Alek is good. I'll add him to the summary when I update it with Aysun's info too...

Original poster
Alright guys, do you have any recommendations for people to bother or rope into the remaining slot, or should I just eliminate it and change the introductory narrative slightly?

Original poster
Okay, bother him then I guess?

Original poster
Send a PM to those who had expressed interest? :) But I'm very eager to start this, so if they don't reply, we could... start... possibly?

Sorry about the wait, I shall be working on the profile momentarily and you can expect it in this post! ^^

Name:Freal (Free-all)
Gender:Male
Race:Werewolf
Age:19
Appearance:While Freal was an identical twin to his brother, their lifestyles led them to grow less as such. While their heights are both 5'6" and he has the same chestnut brown hair and the sky blue eyes speckled with bits of gold, the similarities stop there. Freal's body, while has the potential to be as feminine and slender as Ciel's is, is much more filled out with muscle, due to his active lifestyle. His skin is a light brown, as he spends a good portion of his time outside, unlike his brother. However, his smile is just as charming as his twin's, though their differences add a different flavor to each one. He also lacks the piercings, but still has the tattoo, although on the opposite shoulder blade.
Abilities:While his brother shows more smarts in alchemy and magic, Freal is much more skilled in physical combat, having speed, coordination, and power to make him adept in hand to hand combat as well as the lance he uses.
Weaknesses:He's terrible at using his magical abilities which, while have the same potential as his twin's, he just doesn't have the mind to grasp it like his brother does. He tends to go to him whenever he needs help
Weapons:Is skilled with his body, though he prefers combat with his lance, which he is quite adept with.
Character:While his brother Ciel's personality is much more volatile than his, Freal is rarely seen depressed or sad, generally always having a smile and acting happy around others. He has an outgoing personality that enables him to befriend people rather easily, and loves helping others out. However, he acts this way regardless of whether he's angry, sad, etc. And his patience can seem to stretch for miles, as if he can never become angry. Only his brother has seen him weep, and only a threat to Ciel can instantly bring Freal to a deadly rage.
History:Having lost his mother during childbirth, and his father shortly after, Freal grew up with only his twin to rely on. Their bond has grown over time and, while their personalities seem to differ by extremes, they balance each other out perfectly, understanding each other without saying a word and delivering what each one needs. So while they spent time apart doing what each one loved: Ciel and his reading and experiments, and Freal with his combat training, they would always come back to each other and share their days, glad that they always have each other to come home to.

Ta-Dah! If there's any problems or inconsistencies, please let me know.
X

Original poster
IC is UP!
That bigger chunk of text is my attempt at giving the other characters an introduction from Tyerin's point of view, almost like proper fiction might do.

In an unrelated note, I've noticed he happens to be the youngest, 17 while everyone else is 18 or 19. But he's used to being the youngest, so maybe it's ironic or makes sense.

(And yes, I did edit the character listing)
R

Original poster
So... werewolves can turn anytime, right? Not just at the full moon?
X

Original poster
Yes; it takes the energy they gain from lunar light to do so, but unless you're trying to be in werewolf form all the time or use a lot of magic the supply probably won't run out too fast. And even then, the limit of what one holds can be "stretched" sort of like a muscle by using the energy a lot.

Possible to play an elf with this group at all?

I can swing wolf if necessary.
X

Original poster
The IC's about to reach the point where "outside-world" characters can be encountered, so yes.
X

Original poster
Guys, if you can manage, please have the other pack members interject in the conversation like I had Tyerin do? (Which is nothing bad on Kitti, great for helping us move forward).
Show hidden low quality content
You must log in or register to reply here.
Share:
Reddit Pinterest Tumblr WhatsApp Email Link
Top Bottom