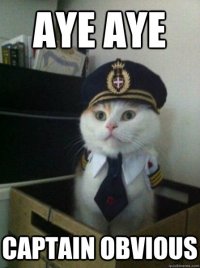 MC is a "Battle Maiden" with a mysterious past and even more mysterious motives. While she is skilled and crafty, she has much to learn and a long way to go. When a tavern brawl goes a bit awry YC steps in to stop MC being raped, robbed, killed or goodness knows what as she finds herself out of her depth. Despite YC's kindness and heroics she seems reluctant to say "thank you". Saying she has a chip on her is an understatement. Eventually she reveals she has the means to pay YC handsomely for his help and bids him stay with her long enough to reach a destination where she can procure the funds for him.

For whatever reason, YC (characters if multiple) decides to accompany her even further, perhaps YC has his own motivations which just so happen to coincide with her mysterious quest, either way, they end up sticking around longer than expected on a dangerous quest.

I like multiple chars, so feel free to double up and add more to this plot, this is the portion of the story that follows the main character I will be playing but multiple other arcs are always fun.

1. Be active please. I understand life is hectic and stuff, but don't leave me hanging for weeks waiting on a post. If you wanna rp, please post at least every other day, preferably daily (multiple times in one day is absolutely spectacular). If you want to drop out of an rp or need to take a prolonged break, I'd appreciate it if you gave me a heads up so I know where we're at.

2. No one liners. At least until the RP is very much established/rapid paced scenes. Its hard to develop a story and characters in something that is as long as this rule. Where possible, explore your character(s), the environment, their relationships, it's worth the effort.

3. Grammar, spelling, punctuation, cohesion etc. Please write something I can read. You don't need a PhD in English Literature, but I appreciate a decent effort so spell-check, make sure sentences make sense etc.

4. I'm over 18, sometimes I do libertine RP's but if you are underage this is an absolute NO. First of all, it breaks the sites rules which would get me in a bunch of trouble which isn't fun, second of all, its creepy to RP that sort of thing with minors. I'll be checking if you are an adult member before even considering Mature RP's, as for mature RP's I only do MxM (I will introduce another -male- character if you want to include mature parts in the rp).

5. This RP is not specifically a romance (but that could happen). Please don't push a romantic agenda, it may happen between the characters, it may not, the primary focus is achieving the character(s) goal(s), if they fall in love, so be it.

7. Help me build the world/story and I'll help you. The point of RP imo is for two writers to work collaboratively on a story, so don't leave all the work to me, I take writing classes, I'm well accustomed to writing stories, RP is a different kind of story, I choose to RP as a change from my personal writing. When I write, the characters and scenarios build up in my head in a way that is different to anyone elses head, I like to RP because it introduces characters and plot twists I'd never concoct which is inspiring and fun. So, to make the most of RPing, I like to go 50/50 devising the plot with a partner even if there is a predetermined story arc, its the twist and turns along the way we can work on together.

9. I want to PM this one. I hope you understand!


CS's are generally optional, you can also use your own CS if you don't like this style. Just outline who/what your character is so that we can tailor the plot appropriately.

Name:
Age: (over 18 -pref 20's and over-, no 12 year olds wielding a sword, its unrealistic)
Appearance: (photo and/or description)
Rank/Title: (Prince/Princess, knight, squire, scribe etc if applicable)
Likes:
Dislikes:
Strengths/Abilities: (What can they do?)
Weaknesses/Fears: (What are their limitations?)
Personality/Traits: (What are they like, remember no ones perfect so your character may be confident and outgoing, but are they a little arrogant too?)
Bio: (Brief background, optional). 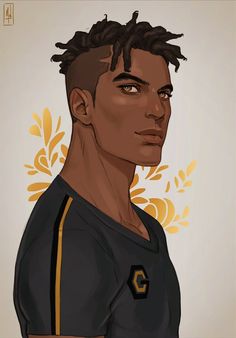 Jesse Knight said:
I'm interested I've been out of the RP game for a while but I'm pretty sure I can keep up
Click to expand...