Fortunes Fools: The Tomb of Ishtar

FORTUNE'S FOOLS
The Tomb of Ishtar 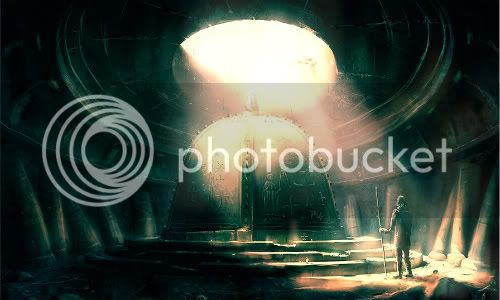 Dear Sir/Madam,
First of all, jolly well done! If you've decoded this letter then you're clearly the person we're after! Sorry for the cloak and dagger piffle, but we had to be sure those Nazi swine couldn't intercept the message.

I've been instructed by Her Majesty's Government to put together a team for a top secret mission. Very hush-hush stuff, you understand? You'll find all the necessary travel papers and expenses enclosed with this letter, as well as a full pardon for your crimes should you need it.

I'd be very grateful if you'd all join me for drinks at the Hodsworth Gentelman's Club in London. The mission briefing will be at 2000hrs on June 16th.

The mission is codenamed Operation Ishtar, and it's sure to be a ripping yarn. But Her Majesty's Government has promised you all a very substantial reward for the risks you'll be undertaking.

If you're interested, I'll have a glass of sherry waiting for you!


Oh, and be a good chap and destroy this letter once you're done reading it!

1. Professor Randolph Stern, an Oxford academic, has invited a number of mercenaries, convicts, freelancers and explorers to his gentlemen's club in London. He is recruiting them for a top secret expedition... something concerning the legendary Tomb of Ishtar...

NAME: (Make it pronounceable you moron!)

APPEARANCE: (Image preferred. And I don't care what colour your fucking socks are you moron!)

ROLE: (What part will you play in this story and what reputation will you have. Are you the panicky academic? the sarcastic toughguy? the stoic foreigner? the ditzy female? the scruffy hero? PS, if someone before you takes a role DON'T CHOOSE THE EXACT SAME FUCKING ROLE YOU MORON!)

EQUIPMENT: (Keep to WW2 time period, and only what you can carry on a long adventure you moron!)

INTEREST: (Why they want to find the Tomb of Ishtar. And give me something to work with you moron!)

In the interests of NOT putting me in a fucking coma, please use the ROLE entry to describe personality quirks, background and secrets. I'm only interested in what will help the narrative, not how many sisters you have and how you lost your virginity.

ROLE: Adventurus chronicler with a sense of duty.

INTEREST: The reward and the chance at stopping the fascists in their tracks! 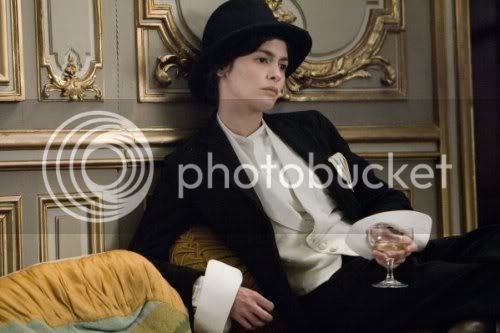 ROLE: Astrid is the chain-smoking, levelheaded, mysterious thief. She's the one sent out if the group needs a spy, or someone to find (or make) entrances into heavily guarded places. Astrid does not work well in a team setting, so she has a habit of slipping off to do things her own way. Though fighting is not her forte', she has learned enough tricks to get her out alive, though her chances would be very slim if she were to have a face to face encounter with a skilled opponent. Deception and spontaneity are her greatest assets.

There are many rumors about her origins: one being that she is actually not French, but a gypsy girl born into the circus business-this explains her talent for acrobatics and knife-throwing. Her ability to lie and impersonate others on the spot (paired with the many contradictory rumors surrounding her) makes it very difficult for the people she works with to figure out exactly what kind of person she is. This tends to make the others suspicious of her.


INTEREST: Previously one of France’s most wanted art thieves; the French resistance has offered Astrid a full pardon of her crimes, in exchange for aiding the professor's team in this mission. However, Astrid has other plans . . .

ROLE: The panicky, clumsy, pompous and accident-prone academic. If Hobbs doesn't start the trouble, then he becomes the trouble, usually getting knocked out or making things worse. While everyone else does their implausible heroics, Hobbs is the one screaming about how they're all doomed. He has the brains, the languages, and a little bit of charm, but he can't be relied on for much, especially when the bullets start flying. And of course, he's always got a snobby comment for those who are uncooth.

EQUIPMENT: The maps, the money, the travel documents and the handkerchiefs.

INTEREST: The Professor ordered him to go along. He just wants to get it over with and go home for a bath.
R

Not entirely sure if this character would be playable or whether he would be too distant, but this is what I came up with.

ROLE: Stoic foreigner. A tad distant from the other group members, though not in a condescending or "houlier than thou" way, but simply because of a pervading sense of being different. As an older member of the group (he's 45 to 50 ish) with considerable experience living on the go/in the wilderness, he may potentially find himself in a position of (rather unwanted) leadership. Unfortunately, he's a bit of an uncommunicative leader, rarely explaining the reasonings behind "why this way instead of that, etc".

EQUIPMENT: A machete. Some herbs in a linen cloth pouch. Flint. A small carving knife. A water flask... containing an alcoholic substance with highly unwaterlike qualities.

INTEREST: He has been in prison for the past five years for frequenting the rather violent activists that were unhappy with their lack of civil rights. If he brings this mission to term with success, he'll be freed and able to finally settle down with his wife (and kids) for some early retirement shit.

I think that, depending on the other members of the group, I may tweak the "role" part a bit.
C 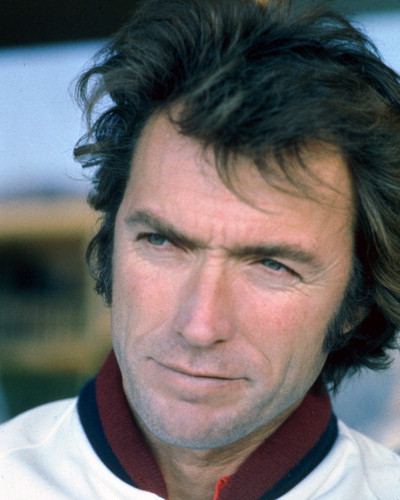 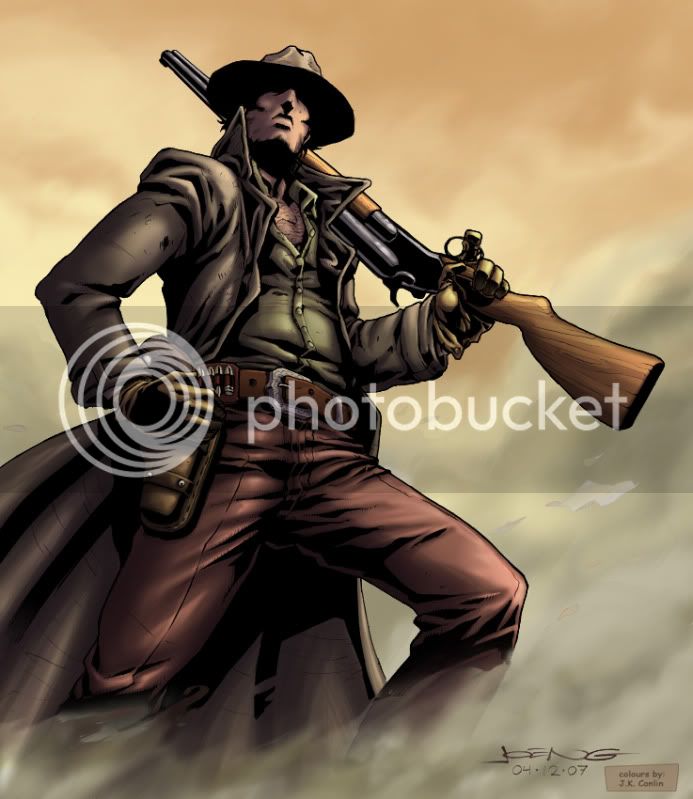 ROLE: The Scruffy American Anti-Hero Drifter. He brings that distinct 'cowboy' essence all those namby pamby Europeans JUST CAN'T PULL OFF. He can work well with others and help coordinate planning. . . but anyone can tell he's a natural to walking and riding alone. While he may not be known worldwide he IS known by just his face in America and perhaps by some from other countries. No one ever seems to catch his name. But his reputation on paper is as a man wanted for murder with names from organized crime involved. Quite a few people in his own country from certain families want him dead. A man seemingly in it for the money but that by the end of it all. . . could reveal that there might be something more.

INTEREST: Given what kind of people are after him in the states he's looking for a change of scenery. . . and some money to make it worth his while.

ROLE: He's the kind that keeps his cool in most situations, but his tendency to ask a lot of questions clashes with the 'first impression' one might get of him. He likes to plan things strictly, take precaution, he will only make a quick decision if forced to. Osvald dwells on his own decisions and others and has obsessive thoughts.

Osvald works well alone and in a team, but he is no leader-figure. He has succeeded standard British army training camp procedure and has expertise knowledge on work/missions involving sabotage.

INTEREST: Roberts is looking to find something that keeps him away from the European war-zone. Even if the adventure might not take him away, he'll still want to join out of interest.
S

Yush <3 I wanna join this again! Last time it sort of died early so we never had much fun :O

ROLE: Uncommon for a young genius, Lilac is not only analytical, but hotheaded and courageous as well. She's always the first to follow her instincts, jumping headfirst into battle. Her impulsiveness is not the only thing odd about her, Lilac, with all her academic achievements, believes that without a clear vision, simply learning everything is useless. She scoffs at anyone that boasts knowledge rather than experience; she feels the latter is more valuable in life. 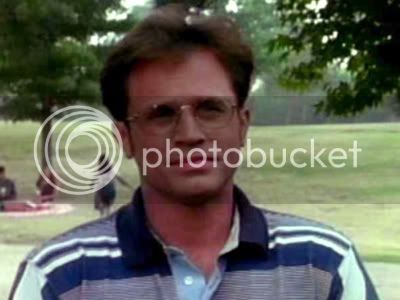 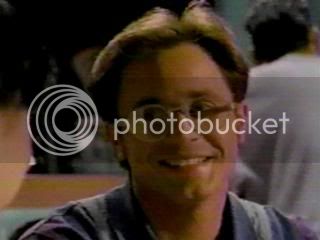 ROLE: “Little Brother” type. Normal, talkative, innocent and helpful though socially awkward and a bit slow when it comes to some other things. He’s a part of this adventure while not really knowing why, except for maybe a little adventure and to help out the family Bed & Breakfast. He comes equipped with “medic” skills from being unofficially trained as a veterinarian on the family farm and having years of experience doing such work. Innocently triggers simple, obvious traps while being able to bypass those of mind-fucking difficulty; with that said, don’t let him walk in front of the group. He doesn’t appear to be mysterious or conniving in any way, thereby allowing him easy passage into certain heavily guarded areas because someone who seems so fucking stupid and oblivious couldn’t possibly be planning anything at all. Easily amazed. Seems to be a kind and genuinely nice guy. Sort of like a retarded German Sergeant York.

INTEREST: Letter from the Professor was probably addressed to someone else who happened to be staying at the Klaus’ Family Bed & Breakfast but left early due to “unforeseen circumstances,” leaving the letter behind in his room. While cleaning out the skipper’s belongings, Dietrich came across the letter which seemed to be written in code. Not being able to resist the challenge, the young man decoded it and believing that it was, to his simple reasoning, rude to turn down an invitation (never mind it being for sherry, which he didn’t drink except on important holidays)…he decides to travel to London. Likely, his appearance will be unexpected, since it was probably someone more interesting, intelligent and gentlemanly who was supposed to be there instead.
W

PERSONALITY: vengeful, hotheaded, loyal, likes laughing.
ROLE: three parts comic releif, two parts badarse.
EQUIPMENT: flask of vodka, PPSH 41 sub machine gun, rations, ciggerettes and a Tula Tokerov pistol
SKILLS: brawling, guns and Explosives
INTEREST: It is Mishenka's mission to ensure that the other allied powers do not exclude the Soviet Union. his orders come from Stalin himself, and Mishenka will follow these orders to the death if need be


THE RUSSIAN IS BACK MOTHERFUCKERS.

Right, IC is up, complete with English cliches and getting the plot exposition out of the way.
W

I hope to disappoint you as quickly as possible, just to get any empty hopes of quality out of the way.
S

I'm going to back out before gets to far started. Keep getting distracted from trying to elaborate more on his role.
R

A short lil intro post while I wait for Ampoule's character to be brought in. Didn't feel like interrupting. If you are posting next, Asmodeus, feel free to have the doorbell ring/door knocked just as Hobb brings Klaus into the living room or whatever to speed up things.

FOLKLORE MEMBER
Post coming this afternoonish! FUCK YOU AMP AND YOUR INTRO.
A

YOU JUST MAD CUZ I'M STYLIN ON YOU