It's summer, and for three months you're finally out of that wretched, hormone ridden prison called High School. It's been a few weeks and after feeling the start those acting withdrawal symptoms, it's time for Drama Camp! This year, there's going to be a a play AND a musical, which means twice the amount of lead parts and twice the amount of competition, backstabbing, and drama.


Choose your area of expertise:


Acting: So, you think you got the looks, ego, and connections to be an actor? Oh, and I suppose you need some skill too. You'll be spending most of your time at Drama Camp competing for parts and backstabbing your fellow actors.


Tech/Stage Crew: Too shy to be on the stage? Feel like getting yelled at by actors and directors alike? Try the crew! Here, you can stay out of the drama, but still get to hear about it. Plus, no competing for anything! Crew is always needed!


So, head on down to orientation to get your room assignment. You never know who might show up. * Wink*


YAY! Everyone ready for some Teen romance drama fun?


Name:
Age:
Gender:
Appearance:
Actor or Crew: (Whatcha wanna be?)
Personality:
History: (Why did you come to Drama Camp?, What are you going to do with the skills you're going to learn?)


Have fun with this RP, guys. Have a good time, but lets keep a lulz at a responsible amount. ^_-


Posting requirement? At least once a week is preferred.
P

Actor or Crew: Actor. Is there anything else?
Personality: Sydney is used to getting her way. She's extremely street smart, and kind of a smart-ass. She's been known to be a bitch and not make many friends.
History: Sydney is a rather seasoned actor and has been in the business since she was in elementary school. Her career started to slow once she got into middle school and high school, so she decided to go to drama camp to get her niche back.

Actor or Crew: Crew
Personality: Dark and Cynical. Very pessimistic. Doesn't enjoy anything bright, happy or Joyful.
History: She absolutely hates her name, so when asked, she always says her name is Raven Winterfrost. Raven used to be a actor but when a director told her that she couldn't act her way out of a wet paper bag, she couldn't take it and decided to be crew. Every once in a while, a bit of the actor comes out, but it's usually when reciting Shakespeare, Edger Allen Poe, or My Chemical Romance.
She came to Drama Camp to work on her tech skills.

Name: Summer Sparrow
Age: 16
Gender: Female
Appearance: Summer has lightened her hair to a sunny shade of brown (from her usual black). Blue eyes, and a winning smile! She has always been the pretty sister, the hot chick, the smokin' babe, and she's proud to flaunt it with her clothing. Short skirts, tight pants, clinging shirts, hot little dresses.
Actor or Crew: LEAD ACTRESS. (Although, she might not be as good as she -says- she is.)
Personality: "Eccentric" would be the perfect word to describe Summer. She lives her life like she's the star of a movie. Dramatic, unrealistic, and completely unreasonable. This doesn't stop her from being charming, a little kooky, and an overall pleasant individual person to chat with... but a day with Summer is about all you can handle before you want to pull out your hair, grab her by the shoulders and scream "WHAT ARE YOU THINKING?!"
History: Summer was born as the last child 5 sisters, to two wonderful but totally controlling parents! Being the youngest, Summer was always the baby being spoiled, getting the hand-me-downs, and driving her older more stuffy sisters crazy. While her sisters were pursuing more 'grown up' activities, Summer was prancing around in her tiara and tutu, singing along to the latest pop songs and doing magic tricks for the neighbors. Her attention span was as short as her pinkie and it was impossible for her to focus on anything longer than a few weeks.

This continued on in her teen years, where she could never pick major to stick with. She tried art, choir, band, journalism, video club, fencing - everything until she settled on Drama Club. It was the only class she managed straight A's in.

Coming to Drama Camp is the BEST WAY EVER to spend her summer! Shes going to learn tons of things, build up an acting resume, make friends and become a super star!
P

Original poster
Name: Cameron Arkwright
Age: 17
Gender: Male
Appearance: Short brown hair, brown eyes. He has a somewhat pale complexion. He stands at 5'6". He pretty average looking guy. He also has a pair of glasses. He usually wears baggy cargoes, t-shirt, and short sleeved button up shirts.
Actor or Crew: Tech/Stage Crew
Personality: Inventive and intuitive when it comes to working with machinery. Cam has an affinity for machines. He's a bit less intuitive when it comes to people. He rarely interacts with people and can be prone to saying the wrong thing when he means well. He is quite trustworthy, and is most likely not to divulge a secret. (Really, who's he going to tell?)
History: Cameron had always had an affinity for machines as a child. He was always able to fix most things, you name he can fix it.

His parents signed him up for drama camp in the hopes that he'd make some friends and work on his social skills. They also thought that his knack for machines could be applied. It was also their way of getting him out of the house.
V 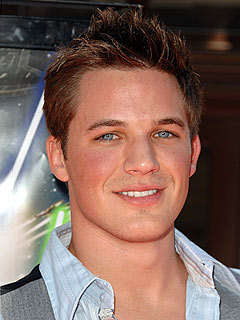 Actor or Crew: Actor, obviously
Personality: Aspiring prom king who would look more at home on a football field than drama camp he is in no doubt that he will get the lead part, opposite the hottest girl in camp. More that a little self-absorbed and known to bully anyone he sees as below him (everyone). At camp, away from his buddies he is less prone to throwing his weight around but he still won't make friends with the 'drama geeks'.
History: Rich family, private school, set to go to Princeton, so whats his problem? His father, in an effort to get Chase to 'appreciate the arts' told his that he was going to Drama camp, or he wouldn't pay for Princeton. So here he is, the back end of the world, spending a summer where he could have spent drinking with the guys amongst drama geeks, if anyone from his school found out.....
P

Original poster
Sweet! Accepted, both of you!

Personality: Cunning and confident; Dario is never afraid to speak his mind of give voice to his inner feelings. He can be a bit self conscious at times though spending a lot of time "Checking himself out" in the mirror. Most who meet him like him right away as he is kind to everyone he meets regardless of their social standing, appearance or popularity. He is a very good looking young man - and he knows it - some people may think he is a little cocky and this would be more than a little true.

History: Dario came to Drama camp to further his acting skills and to meet people who share his interest. Although he is happy playing small roles on stages at community centers or at his school, his dream is to one day make the big screens as a famous star (Or at least a supporting role)
P

Okay, I'll probably start this thing up the first of November, depending on how I feel from the night before. O_O

Also looks like we need more crew. If we don't have any more by the time the IC goes up, I'll make one. ^_^ But I would prefer not to!!!
V

Original poster
Yo October! I can anready see Chase taking Dario for a bro. If he going to be his usual self he'll need somone whos got his back.

haha, Yup, their going to make quite the Duo!

Original poster
All the more for drama glampy! I'll see if I can't bully meg into being a crewman. We need more of them....
P

Original poster
Yay! Thanks Vay!
You guys are awesome!
A

Original poster
I should have crewbie "Mike" Prochazka up for review before morning.
M

Original poster
Name: Charlotte "Charlie" Chancey
Age: 17
Gender: female
Appearance: A round face, framed by half-long brown hair and filled with freckles. Charlie might pass for a boy if it weren't obvious by her chest that she wasn't. Her whole demeanor radiates tomboy, as she seems to walk and talk just like most of them. She generally wears baggy pants combined with either a tank-top or a wide T-shirt, and prefers earthly colors like brown and green
Actor or Crew: Crew
Personality: Charlie's usually energetic, cheerful and to the point in everything she does. She generally prefers to hang out with 'the guys' to huddling together with 'the girls' as she feels that guys are more dependable. She tends to act tough and self-reliant, but deep down, she still is a girl, with all the things that go with it.
History: Charlie grew up in New York, the youngest daughter in a family of three girls and two guys. Unlike her older sisters, who were outgoing and made friends easily, she tended to be a bit quiet and reserved. This changed when she saw a poster for a hobby club in her highschool. Though most of the participants were male, she noticed she liked working with her hands to get her mind of things, and BECAUSE most of the participants were male, and shared her hobby, she eventually managed to befriend several of them and opened up a lot more. Now, After several years, she's just as outgoing as her sisters, albeit with a different crowd. She has decided that she wants to work with her hands for the rest of her life, and as she has always enjoyed making props for plays that's where she decided to start orienteering herself. She's joined drama camp to see if she might like a career as a crewman, and hopes she can make some new friends while at it.
P

Okay everyone!
I'll be putting up the IC sometime tonight.
(Probably after the Packers/Vikings game. >_>)

So, Get your charries together and get ready for some DRAAAAAAAMA!
^_^
P

Original poster
Posted, will edir assignment in as sson as i get it. (posted before reading the post in the ooc =(