Overview Reviews (2)
What is NSFW?

Not Safe For Work means, simply, that content is suggestive (generally sexually) in a way that could get you in trouble with your boss. The following outlines our policies regarding NSFW content on the forum:

1. References to genitalia/asses/breasts/sexual acts in usernames and user titles. (Or racial slurs and other obviously inflammatory content.)

2. Posting written sexual scenes outside of the Redstar/Bluestar areas without a warning/spoiler. This includes explicit descriptions of your real-life sexual encounters as much as fictional stories.

4. Talking in-depth about sexual topics in the on-site chat rooms or Discord, excluding the chats and channel specifically made for these topics.

5. Legally obscene material, including explicit necrophilia or sexual scenes involving prepubescent characters (under 13). Claiming a character is 13+ will not cause exception for characters who are nonetheless depicted as prepubescent through physical description or behavior.

Written discussion of violence, illegal drug use, and other illegal activities is allowed except for discussion that aids in committing illegal acts, such as disclosure of where to obtain illegal drugs or sharing of pirating resources/illegitimate streaming sites, or indicates premeditated and explicit intent to commit violence on others or oneself (threats of assault, murder, suicide, and self-harm). This does not apply to roleplays or works of fiction, only to out of character discussion.

Written scenes containing violence are permitted in and outside of star sections as roleplay postings but ratings for extremely violent content are advised to warn readers. Out of character writings with extreme depictions of violence should include warnings to readers and are not permitted to be directed as a threat.

Other than that, you're absolutely fine. We're a 13+ site, not a PG-13 site. Talking about dicks and butts and sex is allowed.


Embedded or Linked Imagery
Pornography, whether drawn or photographic, is not allowed on Iwaku. Real-life nudity is not allowed. Sexually suggestive artwork of prepubescent characters (those that cannot pass for at least 13 years of age) has not ever and will not ever be allowed. Artwork of characters that may be under 18 is not prohibited because the ages of illustrations are often ambiguous and there's no way to verify how old characters are in the majority of artwork.

Nude or sexual photographs of anyone under 18 is illegal child pornography. So is explicit sexual artwork of prepubescent characters. Posting either of these is an instant ban and you will be reported to authorities.

Barring the above exceptions, all sexually suggestive images are allowed within the Redstar and Bluestar areas of the forum and Character Gallery. Entering these areas can be considered warning that you may see suggestive images. As these are sections aimed at sexual written content, it is up to you as users to determine where is the most sensible place to access these areas and to establish with your partners whether sexually suggestive images are allowed in your own threads. Other, non-sexual NSFW material is still subject to forum-wide standards, as follows:

Outside of these threads, use of spoilers and/or clear warnings (e.g., in the title of a thread or as a thumbnail in the Gallery) is advised for anything that is judged questionable by the poster. All members reserve the right to report an image they personally find questionable. If the reported image does not comply with standards for avatars and signatures, the poster will be required to use spoilers, a thumbnail, or a warning. Moderation by Staff will be restricted to removing images that are prohibited and to processing reported images. This puts you, the users, in control of deciding community atmosphere and what is appropriate for our site beyond legal measures.

Linking to prohibited material is treated the same as embedding it. For questionable material, it is up to you to include a warning (equivalent to a spoiler) but if it's reported you'll be asked to add a warning.

Frivolous reports of bare skin/tight clothing or as a means of harassment/trolling another user will be ignored. Do not think that we'll blindly enforce any report made. Please refrain from reporting questionable images in one-on-one roleplays or those marked as Private unless you are a participant.

Image Sharing on Discord
Discord is considered a part of the forum and all image policies carry over. On Discord, however, channels other than #nsfw are held to the same standards as avatars and signatures (see below). This is because Discord automatically generates thumbnails for images.

In #nsfw, if the poster judges an image to be questionable, they are advised to include a warning and put brackets around the image link (e.g., <IwakuRoleplay.com>) to prevent the thumbnail from being generated. Do not use this trick to post NSFW images in other channels; it is too easy to mess up the coding by mistake.

Directly sharing NSFW images by uploading is prohibited due to thumbnail generation.

Avatars and Signatures
On Iwaku, our user base includes teenagers, people accessing the site from college or the office, and some people who simply are not comfortable with sexual imagery and would prefer not to see it. Out of respect for all/any of the above, we require that all images used for avatars and user signatures be appropriate for a professional environment, because avatars and signatures cannot be easily blocked from view.


Avatars and signatures cannot contain any of the following:

- Images that draw eyes to genitalia or breasts through their composition. Sexually-charged facial expressions and figures. 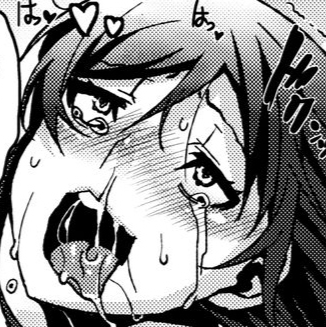 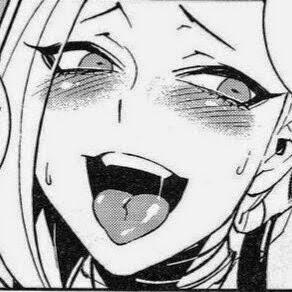 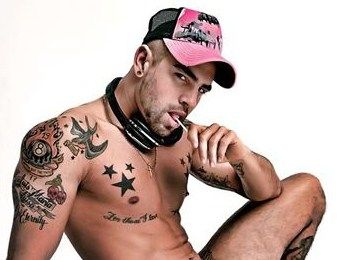 - See-through clothing, panty shots, or clothing that barely covers genitals or female nipples except in cases of non-sexualized activity-appropriate apparel such as swimwear. For example, this would be okay to use in an avatar/signature. This would not (provocative pose drawing attention to cleavage, definition of inner thigh/pubic area, suggestive facial expression).

A character in lingerie would be allowed only if everything's covered and it's non-sexualized. For example, this would be fine. This would not (provocative pose, attention drawn to bewbs and blushu blushu coy face)

- Sex toys or bondage gear such as ball gags.

- Obvious troll attempts for NSFW outside of the sexual arena, like KKK avatars or a giant swastika. Come on guys.

- Violent death or mortal injury of a human or animal.

- Drug paraphernalia such as bongs. Visible use of illegal drugs.


You will not be punished simply for using a NSFW avatar or signature. You will just be asked to change it.
Reactions: ShimapanThief, Bubs, Solar Soarfell and 5 others

This it's great, my character possess a spear he took from a battlefield in his first adventure, which goes through a dead dwarven head who comes back to life and arranged to help me if I can take him to a new body. The original depiction was of a severed head and never drew him yet. with this I know the limitation.
Upvote 0 Downvote
Thank you for clearing this up for me. I'll probably still feel uncomfortable with some things that are ok, but you know, that's just me.
Upvote 0 Downvote
Read more…
Top Bottom