Worshippers of the Horizon

Original poster
Worshipers of the Horizon

A thousand years ago, the Creator split all of us into many different groups. Those who worshipped the Horizon, Dawn, Night, and Day.

Those of the Dawn aren’t as peaceful. They can be arrogant and rude. Even as the day begins, they are not pleasant company.

Night worshippers are just as bad. They are quiet and wise, sure, but they are also very snarky towards other worshippers.

The people of Day are bouncy and fun. It’s hard to keep track of one of them. The Day worshippers are constantly running around, always preparing for something important. Most times, they are like squirrels on caffeine.


Please post if you are interested from what you have already heard, and I will give more details as soon as I get back on.

Original poster
You may notice at the top of the page, there is a poll for which clan you would like to be in. Whichever clan gets the most votes will be the main clan, meaning that the story might be in the perspective in that clan. We'll decide the specifics of that later.

Worshippers of the Horizon is set 300 years from now. The name may change, due to which clan is picked.

The Archer is able to shoot arrows (obviously). He/She can mumble certain sayings that will grant effects on the arrows, such as Acid, Lightning, Fire, Ice, and other effects. Each Archer has a personal effect on the arrow. You may request what you personal effect meay be. Most personal effects depend on which clan you are in, and then you may choose anything from there.

The Gunsman can be trained to shoot every gun ever created, and often creates their own. Gunsman can have special bullets with effects, such as:

Weapon: A bow[1] and arrows laced with poison. He can also fight close combat with his bow as a staff and his arrows as daggers.

Tattoos/Special Markings: Cuts and scars on both wrists (covered by braclets). Tattoo stretching across his back from right shoulder to left hip, displaying a starry night sky in the shape of a whisp of fog.

Appearance: Five feet, four inches in height, raven black layered hair, side parted bangs. Medium build; strong abs, hands, legs, and back. He often holds a look of discontent while in the pressence of someone from another clan, mostly because he feels uncomfortable. Rarely seen without his dog "Ink".

Bio: From a young age Nik, along with many other Night Clan children, was taught to hate the other worshippers. He was taught that Night was high class and that the other clans didn't deserve the same privileges. Used to the adults whispering to each other about other worshippers, insulting them behind closed doors, Nik grew up believing anyone that wasn't Night was pretty much scum, not worth his time.

However, this brainwashed cruelty aside, Nik is a very sweet, smiling young man. Despite the cuts on his wrists, he values his own life as well as those dear to him. In the Night Clan, there are very select few who have the poison blood gene, Nik being the first one in several decades. His blood, harmless to the touch, becomes lethal to everyone else if it is introduced into their body by wound or ingestion. All of his arrow heads are laced with his blood. His clan will regularly 'harvest' his blood for various needs, though he is a bit oblivious to the dark deeds his clan carries out.

As for his ability to communicate with animals, this he keeps from everyone for fear of being called a liar or treated even more like a tool rather than a person. He can't speak words to an animal or hear coherent thoughts. Rather, he feels their emotions and can send them his own emotions. With this gift, he can sense an animal's intentions (and vice versa) and know whether to befriend it or avoid it.

ETC: Though I'm starting him out with brainwashed prejudice to the other clans, I would definitely like his eyes to be opened with the help of another worshipper.

PM me if something in his app falls outside the rules. I'll fix it asap :)
K

Alessandra was married to her betrothed at 16. At 17, her husband mysteriously vanished. Now, it's been 2 years, and she has made the assumption that he's dead. No one dares to talk about it, except for when she runs in with someone from the Night clan. They always seem to have fun mentioning Keith. 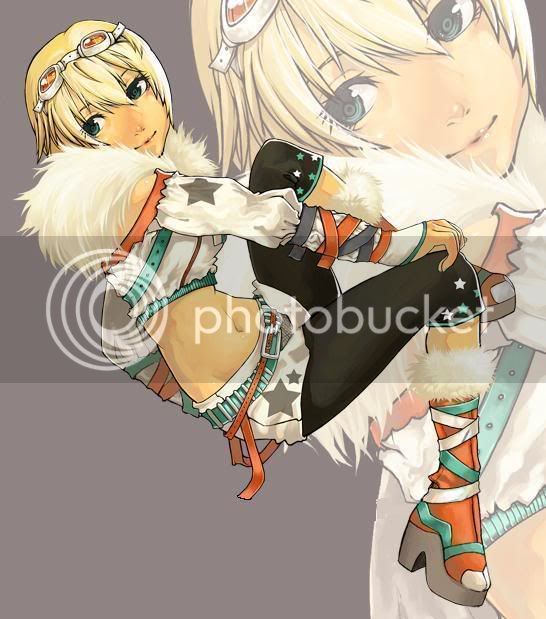 Bio: Everyday is a reason to celebrate for Sky, literally, theres some form of party going on amongst her people everyday. Like everyone else in her clan she was raised in an incredibly positive environment. She's completely unfamiliar with emotions like hate and was only taught to fight as a means of self-defence. As overly positive as she is, she knows there's not-so-nice people out there, especially ones from the clans of Night and Dawn. Though she only knows as much as she's been told by her parents and other elders. Despite warnings, she has a curiousity that drives a desire to actually reach out to those clans and adventure to many new places.
ETC:
K

Name: Kain Claw
Nickname: Raven
Age: 17
Clan: Dawn
Class: Gunsman
Weapon: two guns
Gifts: can communicate with animals and is flexible like a cat.
Tattoos/Special Markings: He have a tattoo of a snake around his left arm.
Appearance:
View attachment 6112
Bio: He have never liked people that much, it doesn't matter which clan they come from. He have mostly been with animals. When he was young he was trained in using guns, which he actually got pretty found of.
His best friend is a hawk that he found when he was 12, the hawk were deadly wounded and he saved it, after that they have been together.
Since he was fourteen he have lived in the mountains isolated from others and lived only with animals. shortly after he turned 17 (when the roleplay starts) he decided to go back to his clan again and reunite with everyone.
T

Original poster
[You had me at Archery. ;)]

Name: Yukari Rellos
Nickname: Kari
Age:19
Clan: Horizon
Weapon: A simple, standard bow with arrows that are skinnier than normal, in order to make them fly faster. Not as strong as a typical bow, but definitively more flexible, which comes in handy from time to time.
View attachment 6114
Weapon (cont.): A Serpent Dagger. Has a firm, titanium grip in an intricate design of a snake and snake skin. Comes with 3 needles that can be extracted and thrown to cause temporary paralysis. Lastly, the blade is a thick, curved knife that is used for close combat only.
View attachment 6115

Tattoos/Special Markings: A burned shape of a crescent moon on both wrists.

Bio: Yukari (Kari) Rellos was brought up to believe that she was wrongly placed. People of the Horizon were a peaceful bunch, not causing trouble or destruction on their own doings or just for any strange reason. Yukari, strangely, is a peaceful person. Confrontation is the last things she would want, but the first thing she would go to if it becomes necessary. Whenever someone is in need of help or guidance, Kari would go distances, just to see their tasks fulfilled.

However, on a dark night, Kari was found healing a member of the Night who was fataly wounded. She herself didn't know she had the gift, but her desperation to save the wounded child of the Night clan overwhelmed her, sprouting her ability to heal. The Horizon, though normally a peaceful people, looked down upon the "act of kindness" she showed, and began to claim her as a member of the Night herself. Devastated, Kari fled the angry mob of townspeople who shouted and demanded answers and explanations for her current actions.

Through the night, she stumbled, trying to escape the shouts and demands, but to no avail. High members of the Horizon through scorched coal in front of the entrance of the gates to stop her escape. Kari thrust her hands outward, but only met burning fire instead of ground. Both of her wrists were burned badly, and morphed into a crescent moon shape. Yukari's fear of the moon grew from that day, as she embraced Night as an escape, but coward from the moon, as the reminder of the clan's deeply burning desire to be the highest.

ECT: Plans to make her seem rebellious, curious to discover the other clans, despite all consequences.

Body markings: An image of a dragon spread across his upper back http://1.bp.blogspot.com/_OgGvFPMKi...xNW5OXs/s1600/Tribal_Dragon_by_Tigeress08.jpg

Bio: Sorris was raised in a harsh childhood. Every day of his life he'd either see somone dying before him or in uncontrollable pain. At age 15 he learned the way of the swordsman, improved his wisdom, and took in the teachings of the night. Sorris used his new found knowledge and abilities to take lives of those he deemed worthy of death. At age 18 his people noticed his strange ways and deemed him a "Prince of Pain". Now at 20 he wonders around the world viewing the POVs of others and deciding a fate for there unfortunate events.
T 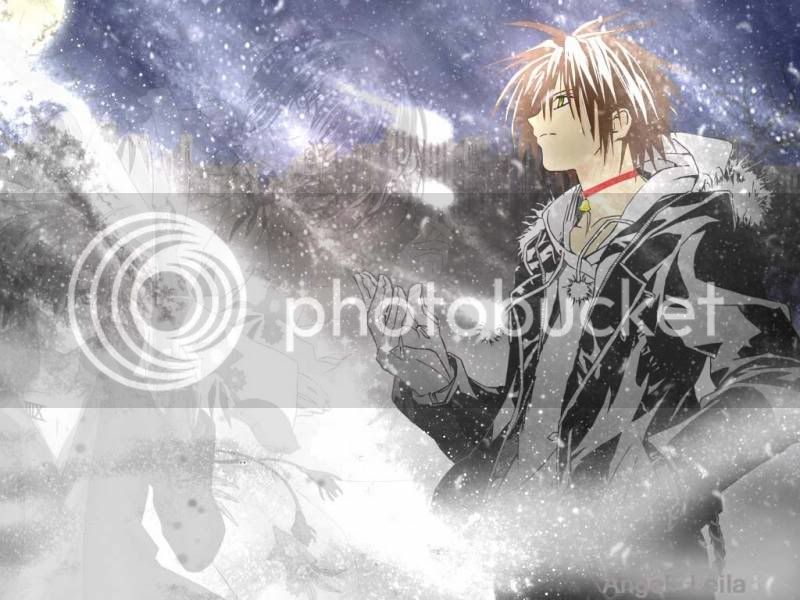 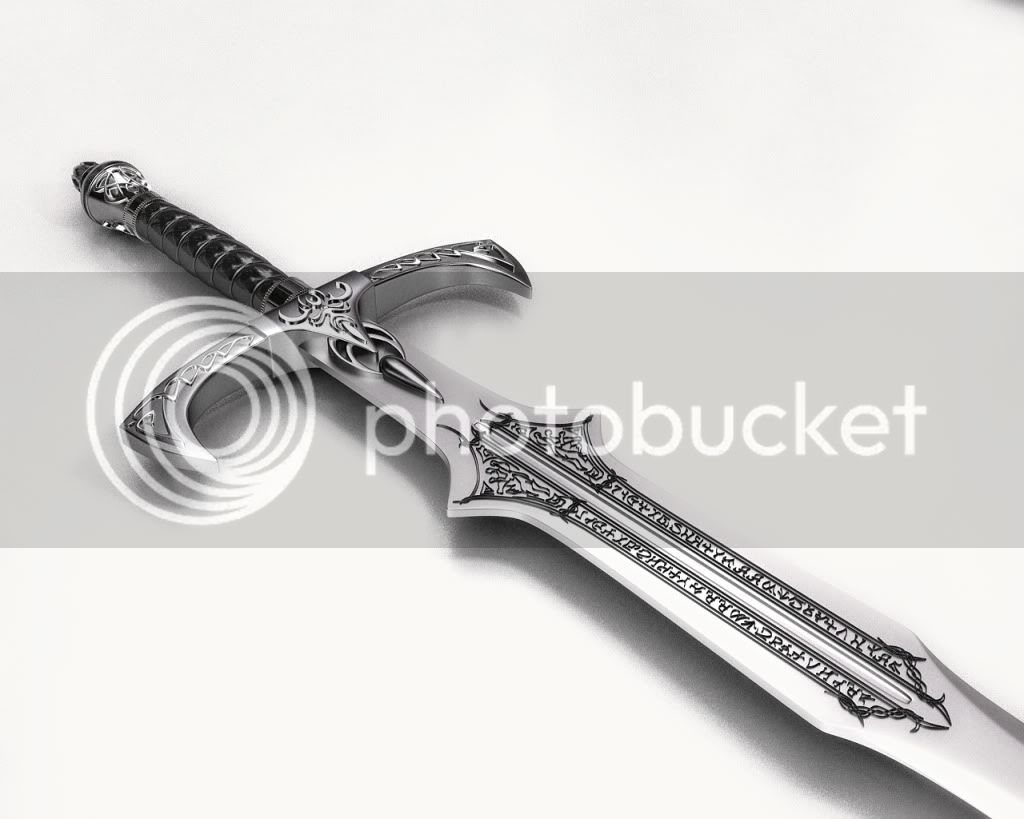 Gifts: (can summon and control Lightning and use it for various skills)

Tatoos/Markings: Scar in the shape of a dragon on his left arm

Bio: Keitaro, part of the Horizon, is a peaceful man who was loved by many and charished by most. Just his smile alone would warm people's hearts and bring smiles to their faces as well. Though fairly quiet at times, people would still come to him with stories about their day and what they encountered in life and he would listen. One day, as Keitaro was listening to the little children tell of the many things they found, a scream from his mother was heard. In quick response, Taro rushed to his home with a worried look on his face. As he entered his home, he found his mother unconcious on the floor surrounded by the higher ups of the Horizon.

Keitaro as well as his mother, had kept the secret that she was once a member of the Night Clan, the most dangerous known as Black Rose, for her ability to manipulate the darkness into a weapon and leave a black rose as pity apon the lost soul in with she destroyed. Now, her secret had been discovered. As Keitaro ran for his mother , he was stopped by a fist to the guts, which sent him to the floor with a thud. He looked up at his mother as she was now concious reaching for him. He reached out to her, but she was stopped, as each of the higher ups stabbed their swords in her back. At that moment, the sky became clouded and the rain fell heavy.

Taro looked at his mother with pain, as his tears began to build then fell as he called out to his mother. Weakly, she raised her head and spoke softly. "Forgive them, my son." With those words being said she took her last breath and her head dropped to the floor and her hair fell over her eyes. Keitaro ran out of the house tears falling to the forest in which he stood under a tree and looked up as his hair fell over his eyes. The rain dripped off of his hair and to the ground as he spoke softly.

"I will fight for peace always, mother."


Etc: In his spare time he often trains to control his Lightning skills in many other ways as well as gazing up at the stars and moon at night.​
Show hidden low quality content
You must log in or register to reply here.
Share:
Reddit Pinterest Tumblr WhatsApp Email Link
Top Bottom