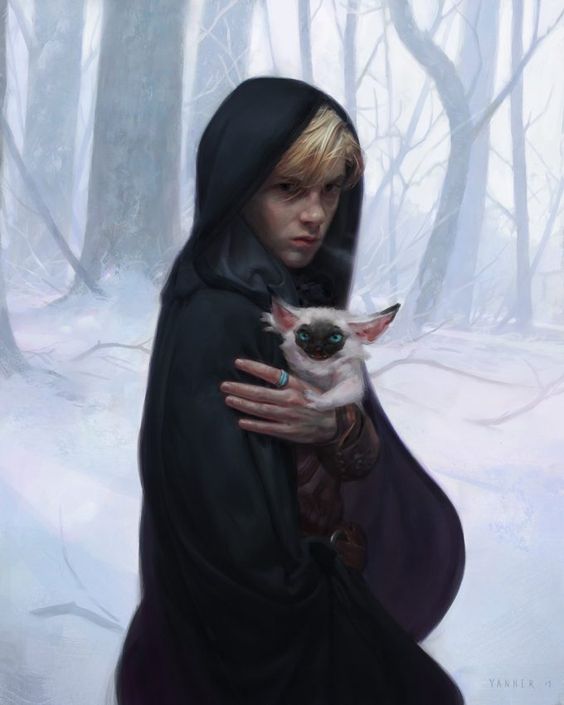 One a side note here...I LOVE the androgynous look of this pic. BRAVO!))

Neld as they are called because no one knows if they're a man or a woman and none are brave enough to ask. In spite of this, they are trusted implicitly by most of the clans that reside around the perimeter of the forest that they call home. They are most often seen in the company of an animal companion that they call Yuk. People come from far across the dessert to have them attend to problems or sicknesses that no one else can or will attempt to treat.

They also craft magically imbued artifacts, but they have no price. One must prove themselves worthy of such a thing, worthy both in character and cause. What makes one so seems to be random to most, but they probably have a reason. No one has ever heard them speak, yet somehow knows what they are saying. some say they speak to the mind itself.

The air of mystery that surrounds them is palpable, and creates an awe in those who dare to near. Even so, they live in isolation deep within the forest's embrace.
Show hidden low quality content
You must log in or register to reply here.
Share:
Reddit Pinterest Tumblr WhatsApp Email Link
Top Bottom