wait a minute! �
the fun is just beginning.
leave now if you're not into slice-of-life, light-hearted, dramatic, japanese-ish roleplays.
Hello, readers! Once again, I am in search of 'uh couple 'uh awesome people to roleplay with~ >3<� Before we start carving the pumpkin(i made up this figure of speech), I want to give you some guidelines/rules and other shit that will really decide if we'd be a compatible pair!
The Lines of Guidance/Rules
• First impressions are everything. If you send me a PM like: "i wanna rp wit u" No. No. I will just not reply to you. I will cringe. I swear to God, I will cringe. Casual-High Casual writing style please.
• P&P: Personality and Passion. I don't want to roleplay with some stick in the mud! c: If you're a naturally serious person, that's just fine! Just expect me to be an extremely flamboyant and boisterous Rika enough for the both of us, and don't get offended/freaked out. Remember, I warned you. >:3 *wallows in teh glitter*
• Life events are very important, and it would pain me for you to miss out on them because you're stuck in front of a computer all day! Go out and do something! But don't commit to a roleplay with me if you know you're extra busy. I always try to make time for my adorable friends online, and I ask you do the same.
• I can handle rejection! If you no longer want to roleplay with me, please tell me. I won't be mad! c: I will wish you the best, and hope you find what you're looking for in a rolemate! I may even give you an online cookie to last on your perilous journey in finding another partner. If you just up and leave me, you 1. will make me cry and 2. don't get a fucking cookie, you selfish traitor.
• Character development. I cannot stress this enough. If you do not know what "character development" is, just click off. Or google it. Or just click off.
• For my fandoms, I do not do Canon. Ever. I like original characters. I'll only do Canon if it's for two certain anime(listed below).
• If you have read all of the lines of guidance/rules, mention that you have read them in your PM. It's just a way for me to know you're hella legit. Pretty please? ♥
• I play both genders easily, but in a hetero pairing, I would prefer to play female if we're not playing multiple characters. Little tip: I love playing multiple characters! So, if you love that too, we can get married 'n stuff.
• If you have not noticed, I like to curse because I am a horrible human being, and if you're a horrible human being too, we can be horrible human beings together and fucking let loose. I don't mind violence, sex, and cursing in my roleplays ever. Like, whatevs. You do you. But if you have limits, tell them to me of course! I won't go there. Promise, promise! >w<
• I love playing multiple characters in a Japanese school setting. Slice-of-life is my life, and romance is a must. Yaoi and Yuri are adorable, and I definitely would go for that too. Unf, not really into super complicated plots unless it's a fandom-type deal. Not into sci-fi because I'm stupid and can't keep up. So yeah, don't present a sci-fi roleplay to me unless you're absolutely positive I would go for it.
So, like, now that that boring stuff is read thoroughly over, we can get to the reason you came here~
Fandoms
The Key: ♥ = I would love to do this one!
*= I have a plot for this one!
Keep in mind, if it doesn't have a "♥" beside it, that doesn't exactly mean I don't want to do it. It just means that, at the time of creating this thread, I'm not craving it. Don't be afraid of presenting the fandom to me. c: If it's on the list, I wouldn't mind doing it.

#1: I'm always up for the typical "three genin, one sensei" plot where I would play the girl on the squad and the sensei. For this one, I'd prefer to totally wipe out the original characters in the Naruto series and just go with our own flow. Anyway, we could write about them growing up, building as a team, and definite romance~ I would love to play other characters on other teams too. Kind of like the Rookie Nine in the series!
This isn't a popular anime, so if you clicked this and want to do this, we're getting married. ;---; Or, you know, you could get a restraining order, but whatever.
#1: We destroy the original characters in the series, and create our own seven Rozen Maiden dolls! It would be nice to build on a Rozen Maiden doll and medium relationship as well, or hell, even two mediums who have the whole doll thing in common. This isn't really a "plot", but it all depends on what my partner prefers.
This isn't a popular anime, so if you clicked this and want to do this, we're getting married. ;---; Or, you know, you could get a restraining order, but whatever.
#1: We cut out the original characters in the show and build our own in modern-day Japan. The characters would all be going to a co-ed school for the first time, and we could play people in the school as well. Once again, romance is a must and so is family drama. Unff. For all of these plots, I would just ask that I play the God, the Rat, and the Rabbit, and any other characters you don't want~
#2: We take a blast to the past before the original characters were ever born and make the last generation of Zodiac animals in a more old-timey Japan. I would prefer a village of some sort. This would focus more on the family itself than an actual school life.
#1: Always up for Victorian Era roleplays! My poor character would call out to your demon character, and he would serve her/him 'n stuff. This isn't really a plot, as it depends on my partner's cravings. We could add our own little twists, make some enemies, possibly a rival demon/human pairing?
#1: Five girls are granted powers by destiny alone, and are discovered one by one by each other! Their theme is an endangered animal, and they fight to save the world against an alien race, all the while trying to maintain a normal life at school and their job at the cafe they are required to work at!
#1: For these types of roleplays, I would totally love for four friends to grow up in some small town, and each find out they have their own pokemon and set out on a journey together. I don't care which region(played all the games, not trying to brag ohohoho), and once again, romance is a must inside the friend group. Building on this, they could have a rival group(which would require a lot of character playing) who is maybe on the edge of being villains? I think it would be very interesting, especially for the romance part. Someone in the rival group could be in love with someone in the friend group. Anyway, depends on what my partner wants.
#2: We could establish an "Elite Four" who all take a vacation together and romance stirs~
I don't really have a plot plot for this, but I'd say we just create our own high school host club with totally adorkable boy characters. <3
This is a kiddy kind of anime, but it has such a good message and will always have a place in my heart. T-T If there is someone out there that has watched it and would like to do a roleplay about it, I have no objections!
Eh, this anime kind of annoyed me. It was like the anime version of Twilight. *sigh* Nonetheless, roleplaying it would be pretty fun. I like being over-the-top dramatic sometimes. c: Don't have a plot, but I could give it a go~
#1: So like, we take out original characters and plug our own in. It doesn't have to be a girls-exclusive music club too! It could be a boy band or even a mixed band! Romance is a must, yes, and making a rival band from another school would be hella awesome as well! <3
#1: Unff, this anime frustrates me. I love it, but it frustrates me. This is one of the two anime I am totally willing to play canon for. <3 Pairings are below, and if it has a "*" by it, that means I would like to play that character. cx
Makoto x Haru*
Rin x Haru*
Rin x Nagisa* (don't judge me, it'd be cute)
Rei x Nagisa*
Rin x Nitori*
Present to me some pairings in case I left out something you'd like! xp
#2: We cut out original characters and make our own little swim club of boys or girls~! Sounds adorable to me!
#1: This is the other anime I'd totally do canon for, no questions asked. The characters are so loveable and adorable! Here are my favorite pairings and if it has a "*" by a name, that means I would like to play that character. ^3^ ~
Russia x Latvia*
Russia x Lithuania*
Russia x Canada*
France x Canada*
France x England*
England* x America
Spain x Romano*
Germany x Italy*
China x Japan*
China* x Russia
Austria* x Prussia
Prussia x Canada*
Ughhh, these are all of the fandoms I can think of at the moment. Anyway, I look forward to some PMs! I know this list isn't very long, but I hope to attract some partners out there~! PM me! Remember rule #1 and rule #7~!​
G


Severusx said:
Fruits Baskeeeet!! UGH I LOVE THAT ANIME SO MUCH. ;0; ​
Click to expand... 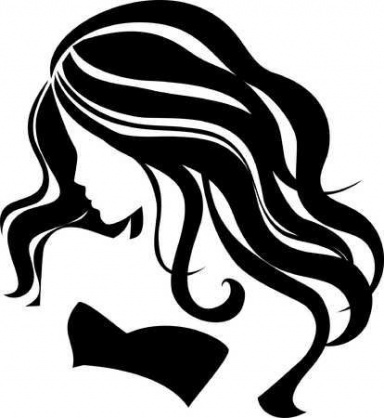 Rika said:
I don't mind violence, sex, and cursing in my roleplays ever.
Click to expand...

Keep in mind that sex scenes with detail written in any section outside of the libertine sections should be spoiler tagged and given a content warning, as mentioned here. Just a little fun fact, as not everyone knows. ^_^

I'm so happy you mentioned Fruits Basket though. As you said, it's not very popular. :D