Original poster
One female finds herself somehow dating three guys - and she wasn't even interested in them in the first place!

It all started when she was approached by one of them, and then his friend was somehow dragged in! And why is there a third guy suddenly interested? She was never looked at twice by these guys before! What's going on?

A high school harem, romantic comedy story. Meant to be lighthearted, fun, and sometimes even downright silly. Don't be afraid to do something a little stupid, or even slightly out of character because there are times that people get out of character when they "love" someone.

Only having 4 characters.
Have two guys and one girl already.
Just looking for one more male character.
J 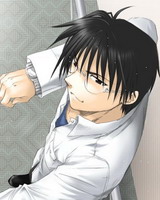 Personality:
Very smart, sometimes serious. He has found himself loosening up over the years, to the point that no one is sure when he is being serious anymore. Also, is very egotistical.

I will be playing the female~ If you want to see what she will look like, PM me and I have a Picture ^^
K 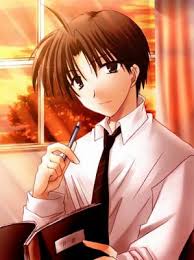 Personality: A reclusive guy that doesn't actively look for making friends. He is easily identified as being the outcast loner. However, he does posses a gentle heart and is extremely loyal to those he happens to make friends with. Though he is socially awkward and tires to avoid social interaction if he can. Also he is a benevolent guy and puts the needs and wants of others before his own. Tends to speak in flowery language. In short, he is actually one of the true rare good guys around.

Personality: Nobody really knows what this guy is thinking. He tends to have a good poker face and is really sarcastic. But when you really get to know him you start to realize that he is really just trying to hide the sensitive side of him. A side that he doesn't want to be teased about.

Original poster
Sweet! Yes. Thanks for your application!
K

Original poster
As soon as I get the first post prepped and posted, and Varius puts up a profile. If she wants to?
K

Original poster
Make sure to post up the link on here. :D I'm so excited. Hehe~
K

Original poster
Quandary: Should it be the other way around; one guy and three girls since it appears that I'm the only guy roleplayer xD
J

By the way, I did not mean to make Nik so egotistical... It just happened... and I love it so it's staying that way. :D
B

Original poster
Wait! Which guy am I? Cause I want to be the suddenly interested random third party one! :D
J

Original poster
That's who I thought you were?

Okie...Since I am fixing her picture...It is so terrible right now >< I will discrib to you what she looks like. Nuri has long waist length hair, red in color. She has Bright Icy Blue eyes and her skin is a slightly tanned but natural looking. She usually clothing that will show off her lean body and busty top. Her clothing of choice is usually a corset top and skirt or a corset like dress. With them she wears her knee high boots or high heels. She is strong willed and will try and get things done her way. After having her heart shattered in the past, she appears to be confidant but is very unsure of herself around guys. Especially cute ones. Very open to people and change Nuri Is adaptable and tries her best at things though she fails half the time. She is smart and tries her best not to be too attached to people in fear of being hurt again.
K

Original poster
Alright, I can do that. You okay with that Varius?
B