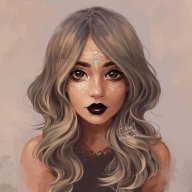 Hello, I am looking for a dark themed vampire role play. It will be 18+ merely because it will contain, violence, blood, death, and sexual themes. Before you read farther, this will be a good flow of plot and ‘smuts’ will come only naturally in the story. I am currently craving (sadly) to play a female human, well you play a more dominant vampire male. The vampires I’m looking for are not good people, evil as they have been depicted, viewing themselves as a higher class. They clearly can have good qualities to them, as you can make your character the way you want, but I’m merely trying to give the vibe I’m craving. There is no drinking from animals, blood bags only if we take a modern style of it. I’m up for a medieval or modern style of play. I’m willing to do vampires being known about and vampires being in secret.

Now that’s out of the way, I am looking for someone who can write a little more. I can do chat styles of role plays, but I want the quality of a post to be high. For example, details about the surroundings, how it effects your character, how they are feeling, how their senses are treating them and so on. There is NO room for one liners. Ever. At minimum I want a solid paragraph or more each time. This can be forum or PMs.

Lastly I have a few basic ideas, but none are really ‘fleshed out’ but feel free to plot anything with me :D

Modern Style, Vampires Living in the Open
Vampires have come out years ago, and slowly built a culture in the human world. Children learn about vampires in schools, and sometimes go to school with them. Vampires have taken many of the high end paying jobs and have slowly come to ‘control’ the world without doing so in a tyrant type manner. There are also many places made just for vampires. Live blood banks (feeding right from a human), Blood Brothels and Bars. All out in the open.

Modern Style, Vampires Hidden
This could be victim kidnapping based or the two slowly interacting in a setting and over time learns his secret.

Medieval, Vampire Lore
Vampire tails have crossed the world, but no one believes they were real. The human woman begins to be courted by the vampire.

Medieval, Vampires In Open
Vampires are feared creatures, and mainly keep to themselves. A duke of vampires, moves into one of the town nearby and takes a victim as a new feeding source.

Those are just what I got, but like I said feel free to twist ideas I’ve already set up, build up our own together, or send me yours :D 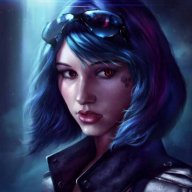 do you play f or M

I am sorry, but you clearly did not read what I had written above and therefore I am going to pass on role playing with you. 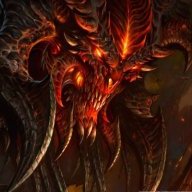 Hello,
I do hope you are looking for someone to Roleplay with. If you still are, I would desire to hear from you in the form of a Pm.
Upon reading you little introduction I was very intrigued and would love to hear more from you as soon as possible.
Your idea's are basic, which is a good sign, this means that the both of us can work together to fully flesh the idea before it is used in a Roleplay.
Anyway, I do hope to hear from you soon.
Demon
x
Show hidden low quality content