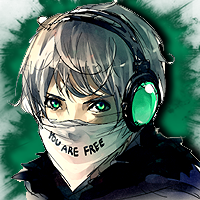 Unity:Grentias-OOC​
Grentias is a world constantly in a state of flux, a state of war. Five countries constantly watch one another, waiting for the perfect time to make a move. The goal? Unity. You are a warrior of Grentias who has heard shocking, war-changing news: The ruler of Amperus, Aelur, has suddenly been killed with no trace of his murderer. While this is a sad time for the kingdom, the new ruler Lysandre has lofty goals to finally prove Amperus's worth as the true power of Grentias that will finally unite all five nations as one. This means one thing...Amperus needs a new team of warriors to tackle this incredible goal. You have traveled to Amperus's capital, Surrojar, for Lysandre's tryout. Will you make the team? Only time will tell...

History of Grentias ​
Grentias was originally an allegedly uninhabited land; the first permanent residents in recorded history migrated to the massive island thousands of years ago. These original immigrants recorded the strange presence of not one, but five monoliths scattered throughout the land. Each one was perfectly identical to their counterparts; simply made, they stood ten feet tall and had a single word with five characters etched onto one side. However, with no other records to compare these etchings with, the language of the strange constructors had been left undiscovered, the monolith's true meaning unknown.

Time passed, and theories about the monoliths began to emerge as civilizations began to form. Some believed the monoliths to be guardians, watching over the people's progress and ensuring their safety. Others thought the monoliths were sent there by the gods themselves, gifts of unknown use, waiting for a Messiah of sorts to unlock their true potential. No belief was ever confirmed, and their theories faded into history as quickly as their creators.

In time, five countries grew from the original settlements, each one centered around a single monolith, protecting it as many researched their mysteries. By this time, most had given up ever discovering their true meaning; however, a group of archaeologists made a startling discovery. A lone book, found buried beneath one of the monoliths, spoke of their great power in a language that was translatable; in fact, it even described the etchings of the monoliths themselves. One word was given as to their meaning...Unity.

Immediately, new theories surrounding the monoliths swirled out of control. Countless many were given, but only one theory remains to this day, now lauded as a true legend. This theory states that, should all five monoliths be united, their lands controlled by a single ruler, then they will unlock the path to a being of incredible power. This being, under the ruler's control, could make the impossible happen. They would have the power to create everlasting peace...or permanent ruin. Naturally, the citizens of Grentias, for fear of a despot terrorizing the land, rejected the negative parts of the legend, choosing to believe the powerful being would only act for goodness and peace. This theory gained a cult following; soon, the entire land had taken the monoliths' legend as a sort of religion.

Over centuries, countless battles were waged in a fevered attempt to be the one who united the five monoliths; after countless bloodshed, a new system of battle was implemented to prevent as much death as possible. Rather than raise entire armies, leaders would take their finest warriors in a smaller team, dueling other countries in an arena for control. The winners, if they were the challengers, would then gain the country under the defenders' control. Even under this new, more efficient law, no person was ever recorded as controlling more than two countries at once...except for one.

The mighty warrior of Winona, who went by the name of Drevensar, went out on what many would have considered a crazyman's journey at that point: the last attempt to conquer Grentias. It had been decade upon decade of failure after failure, and nobody had ever come close to unity; he was dismissed as a fool. Yet he succeeded. As he conquered the last kingdom, it was said a bright light shone from each of the monoliths, and a stairway descended from the sky. What happened next is anyone's guess. Drevensar and his team were never seen nor heard from again, and the staircase disappeared within hours of its formation. It was as if they had vanished into the mist. With noone to rule them, the previously conquered rulers regained their power, then immediately set out to battle once again. If Drevensar could do it, they felt they could see the legend for themselves. And yet still no one knew what it was. Even with renewed vigor, nobody could hold on to more than one or two at a time. The legend seemed impossible, intangible. Drevensar merely vanished because he was sick of ruling, they said. It was impossible. Some even claimed that Drevensar was never real, rather that he was a spirit sent down from heaven to show them the errors of fighting so uselessly. The attempts once again died down, and about 50 years ago, they ceased completely, leading to a period of benevolence, prosperity, and peace.

Or so everyone thought. Rumblings have been echoing throughout Grentias that an all-out war was about to break out again. Not just one, but all five countries have great aspirations and strong warriors, and talk of battle only increases by the day. How long can the peace of Grentias hold out?


The Fighting System​
Every country has a system of battle to minimize bloodshed, created after the first wars of Grentias quickly killed off thousands. The system works as such: A team of warriors, made up of the ruler and a few others, take the stage on each side. There is an arena made for these fights in every country, and they are generally created to reflect the type of magic each country specializes in. Battles take place in the defender's country's arena, or the one who has been challenged. All tactics are allowed in these battles; magic, weapons of most kinds, traps, anything the warrior can think of can be used. Battle commences, with a winner being determined when one ruler's team, including themselves, is unable to continue battling, whether by unconsciousness, incapacitation, death, or surrender. While death is permitted in these battles, it is generally frowned upon. Should the defending country win, the attacking team is sent back to their homeland and nothing else happens. If the attacking country wins, the defending Warlord's power over the country is given to the victorious Warlord, and they gain control of the country. If a warrior controlling more than one country loses a battle, he only loses the country that he lost in-NOT all of them.

Da Rules:
1. I am your GM, my word is absolute. However, make your cases if you feel something should be changed or added, I am open to suggestions.
2. Don't godmod players or autohit. If you try, you'll be warned at first, but repeated attempts may result in your character having a rather untimely death.
3. If you're going to be somewhere and can't post for an extended amount of time, PLEASE tell me. I can understand life's a bitch and sometimes gets in the way, but don't just AFK for days on end with no notice.
4. My general minimum for posts is three paragraphs, or two longer paragraphs. I can understand if there isn't much to react to; if that happens, just mention OOC that you need more to work with, and we'll go from there.
5. Go ahead and develop relationships between your charaters; in fact, I encourage it. But this isn't the libertine section: No explicit raunchiness. Keep it private.
6. Character death is something you may have to contend with. If your character DOES kick the bucket, I will usually allow you to make another one if you so wish. I won't unfairly and suddenly BAM DEAD kill you, but keep in mind your characters aren't immortal.
7. While non-elemental powers ARE possible in Grentias, they are exceedingly rare and will often be snapped up by the government for their own use. As such, you will need to discuss with me before I will accept a non-elemental power on a character sheet.
8. The time period of Unity: Grentias is around that of Feudal Japan. As such, no guns will be allowed. You may see a cannon here and there, but these are unwieldy for single use, so don't try.
9. Keep arguments to a minimum. If you REALLY can't resolve something easily, take it to me or a staffer. Friendliness is key.
10. Have some fun!
Please tell me your favorite kind of cheese in your CS to prove you have read these rules thoroughly!

Character Sheet:
Name:
Age:
Gender:
Country of Birth:
Magic Specialty: (While your country may use one element of magic, there are many kinds of magic specialties, like ice for water, stone for earth, etc. This just means it's an area your character is most proficient at and will use the most; they can use other variants of their magic, but it won't be as strong.)
Weapons:
Appearance: (keep it to pics and an extra description if necessary. Anime pics are fine, but make 'em good.)
Personality: (At least a paragraph.)
Bio: (At least three paragraphs.)
Any other things I should know:
Last edited by a moderator: Mar 6, 2016

Welp. I just did the thing. Saving this area for my character.

Bumpity bump bump? Don't die, Grentias! We have not yet begun to fight!