Original poster
It was 2023 when Mankind built its first non-combustion star engine. The ionic drive was designed to provide for intersystem travel at a rapid pace. Man touched Mars for the first time six months after with a trip of only a few weeks. However the drive acted as a lure for something else to us, something not human.

In 2025 the invaders came. Mankind was ill prepared and cities fell. People died in the millions while others disappeared, never to be heard from again. Time seemed to slow to a stop and not once did they step foot on our planet. As soon as the situation broke out the UN called for an immediate emergency council to address the threat. No one heard anything after that, not from anyone.

It has been three months since they came and destroyed our world. And we have not seen them since.

You are a survivor, one of those that somehow managed to avoid the worse aspects of the invasion. However the earth is not the same as it was. Cities were devastated just as much as the wilderness had, governments crumbled and anarchy broke out. In their wake the earth was left in ruins and the populace fighting to survive. Who knows if they will ever be back, but there are bigger issues at hand to attend to.​


So I got some interest (as like with all my games) in this one but I figured I'd make an actual OOC about this one rather than an Interest Check in the wrong place! Anyway looking to actually have this game play all the way through, have a note I want to end it on but not sure how exactly I will get there. But that is part of the fun!​


Simple character sheets here. It is the begining of Post Apoclypictia, not some 5-50 years later like most of the genre is so please keep this in mind when doing character generation. ​

Just joking. I know it has nothing to do with sparkling vampires and what not.

So is it just humans now, or do we still have animals and plants fighting to survive too?
S

Original poster
Still Have to fight against nature, though the Biosphere has been hit pretty hard too. As I mentioned in the Cbox, about 30% of it survived with minor damage, the rest was either damaged seriously, damaged to the point where it wasn't going to come back in anyone's life time, or destroyed.
A 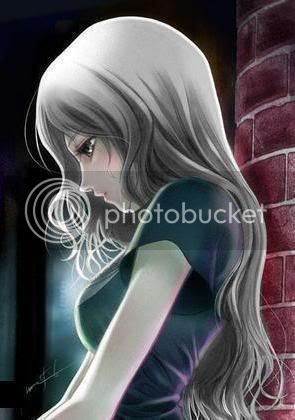 Former Profession: N/A (Student)
Goals/Motivators: To survive, firstly, then to make sense of the mess going on around her, and finally to try to find her family (or what is left of it) on this vast Earth.
Equipment: A pocket knife, a full can of pepper spray, a rather archaic looking cell-phone, and her makeup, which are all contained in her purse.
Anything Else: She was rather introverted and actually disliked the people around her before the whole invasion deal happened. The only people she really misses are her mom who tried to help her start a music career and her older brother who would stick up for her at school. Her dad had left her mom a few years after she was born, and has had very little contact with Kylie. 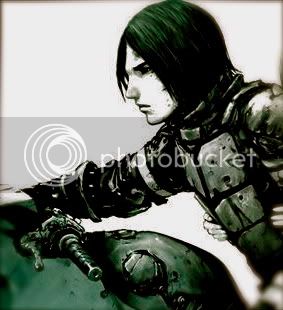 GOALS/MOTIVATORS: Stay Alive, food, finding shelter. Also he believes that some loved ones may still be alive, aside from trying to stay alive he is constantly relying on the thought that he will one day be reunited with them. Part of him knows they are most likely dead, but as it is all that really keeps him going, he forces himself to believe its true.

ANYTHING ELSE: Chuck does what he can to stay in shape. Every morning he stretches and preforms about an hour long work out.
​

Apearance: 5'8" Has a thick scruffy beard, long shaggy hair. His eyes are a very dark brown, and his skin is brown too. He looks angry all the time.

Goals/Motivators: His primary goal is to reach his family. Secondly to find a library, and then survival from that point.

Anything Else: He's the oldest of five kids. Anthony was going to a university of technology. He was sociable enough but prefered to be alone, and at the school, he was alone. Eventually he started missing his family and that's when all hell broke loose. So the first thing he did was grab his stuff, a couple of snacks, and trek homeward as fast as he could. Before the attack, and way before he was in college, him and his brother developed an obsession over boomerangs. At first they only had a plastic one, but they got their hands on a wooden one. Their passion grew, and they were even closer as brothers after their collection of flying wood grew impressive, they were fun instruments of flight. There is a lot of sentimental value in his boomerangs.
S

Original poster
Alright, well pending we dong get anyone else within the week I'll give it a go on Friday Night or Saturday Morning.
S 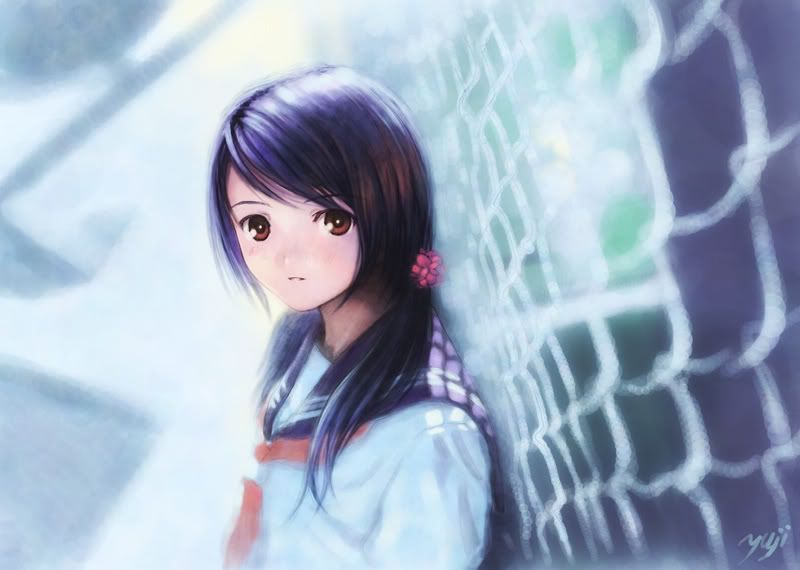 Goals/Motivators: To find her little brother, survive, and help other survivors.

Equipment: A messenger bag, a couple of packaged snacks, a water bottle, a small picture of her and her little brother, an extra outfit, a digital camera, a swiss-knife, a dense medical kit, a diary & colored pens, a crumpled drawing done by Aaron, and a flashlight.

Anything Else: Annie used to be a happy, cheerful girl, who always tried to brighten other people's days, but all of that changed during the invasion. Her parents disappeared, leaving her and seven-year-old Aaron by themselves. As the area became less and less safe, Annie strove to be strong for her little brother's sake; slipping out of their hideout at night to find food. One night, however, when she returned, Aaron had disappeared. Annie was devastated; for days, she wandered around miserably looking for him, but she couldn't find him. Three months later, the invasions having ended, Annie finally broke out of her daze. She realized she had to pull herself together. Packing what she had left, she started travelling. Hopefully, she could find Aaron somewhere alive. On the way, she could at least help other survivors. She was hopeful and rather optimistic. Despite her recurrent nightmares and constant tears, Annie could not put away the bright personality that still lived inside her.
S

Original poster
Alright, the In Character thread is up! Its in the Sci-Fi section and if you have issues... well here you have a handy dandy link! http://space-kitten.org/iwaku/showthread.php?t=1951&p=62928#post62928

I don't know what city my guy should be heading to. I was thinking that I could make it like he already went home and found his family dead or something, but I'd have to change some things around.
S

Original poster
No issues. If he was going to school it is more than feasiable he could have been at college for any of the major ones along the west coast, or a smaller community college.

Original poster
Ah, yes, yes. I'll go post as soon as I can.
Sorry for the wait x.x
Thank you for the reminder ;)

I suggested IC that we locate a Surplus/hunting store that my character saw not far away. I'm guessing it would be a good idea for us to stock up on supplies. Also it is in the same direction as the "mad Maxers" went.

Sound good to everyone>?

I could make Anthony's family live close by and while every one is looking for guns and stuff they could also go to his families house. Or we could make a whole trip out of it, and make his family a couple days away in a different city or what ever. I'm planning on Anthony discovering his family dead or gone.

So should I just get it out of the way early, or draw it out? Still don't know what city he'd be headed to.
A


Anything Else: Taylor was a hobbyist mechanic and an avid hunter - both firearms and bow hunting - with an oddball survivalist bent before the Apocalypse.
Valkyrie has been stolen, along with all the gear it carries.

[FONT=Times New Roman, serif]Anything Else: Alex has grown a taste to killing, although until now it has only been in self-defense. After surviving an encounter with a band of raiders while scavenging for food, he spent the next week following them from a distance, picking each of the men one by one, wounding them in several non-vital areas and letting them bleed out alone or using their wounded state to attract their fellow raiders. He's yet to prey on anyone unless in self-defense, but he thought the whole experience wholly entertaining. [/FONT]
S

Original poster
Of course I already talked to Ric before this post but making it offical to those not in the know that he is approved. Dylan, your good to go as well!

Trying to tie up the group meeting up and getting organized before the end of the chapter. Next one looks like I will be a more active hand. @___@

As for Anthony's family I'd say draw it out a bit more, maybe he could find a clue at the end of the next chapter?