The Resurrection of Our Lives

Original poster
Resurrection of Our Lives 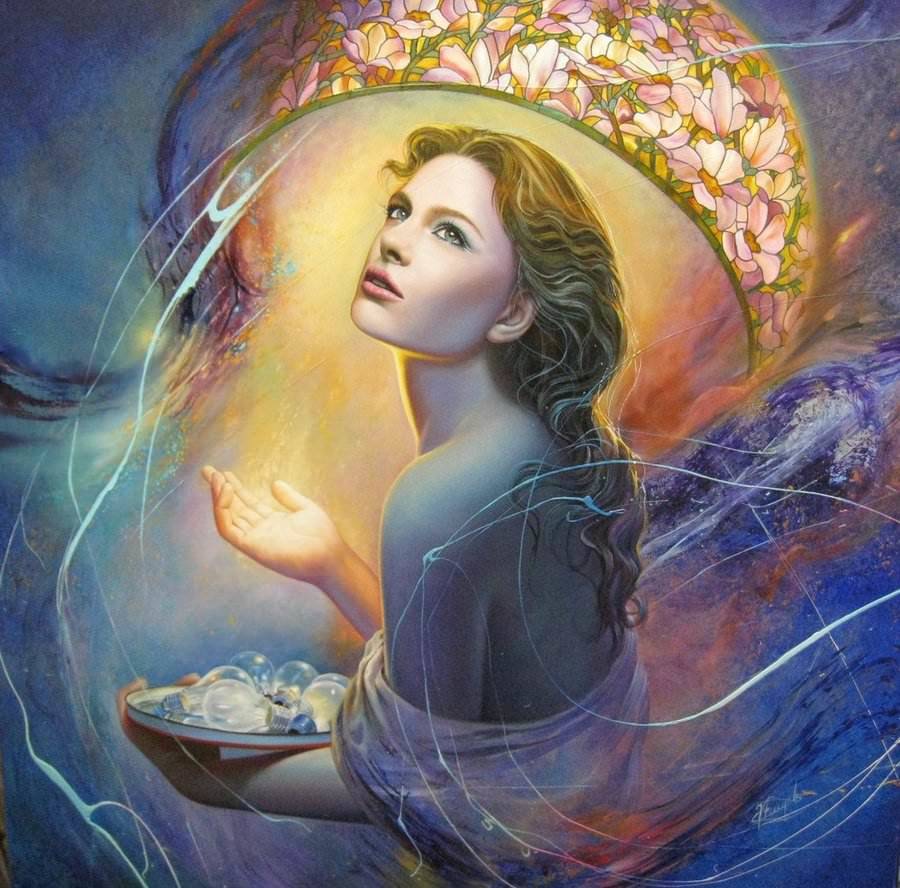 Bodies may decay but our souls will live on for eternity, filled with hope and desire, our souls will kindle within darkness. Now, the world we once resided in, has perished leaving us no where to go. No body to occupy, nor land to step foot in; it was all taken away before anyone could foresee it. We tried to find answers but failed and were left clueless with not even a hint of what could have happened. There was not an explosion, no warfare, nor any sort of chaotic event. It was gone without a trace, within a blink, and not even a hint.
Countless Souls floated aimlessly in Astral Space as many years passed with no where to go. Memories from numerous of lives floated without a home and begun to die themselves, slowly fading as it never happened. We begun to panic, cries of the Souls echoed through Astral Space and some begun to become nothing more than a small flame of their once humanoid form. When we thought it could not happen, it begun. Souls becoming a small flame, then get blown out to never exist again. Impossible we thought, but we were proven wrong and just to think we were eternal, we died. 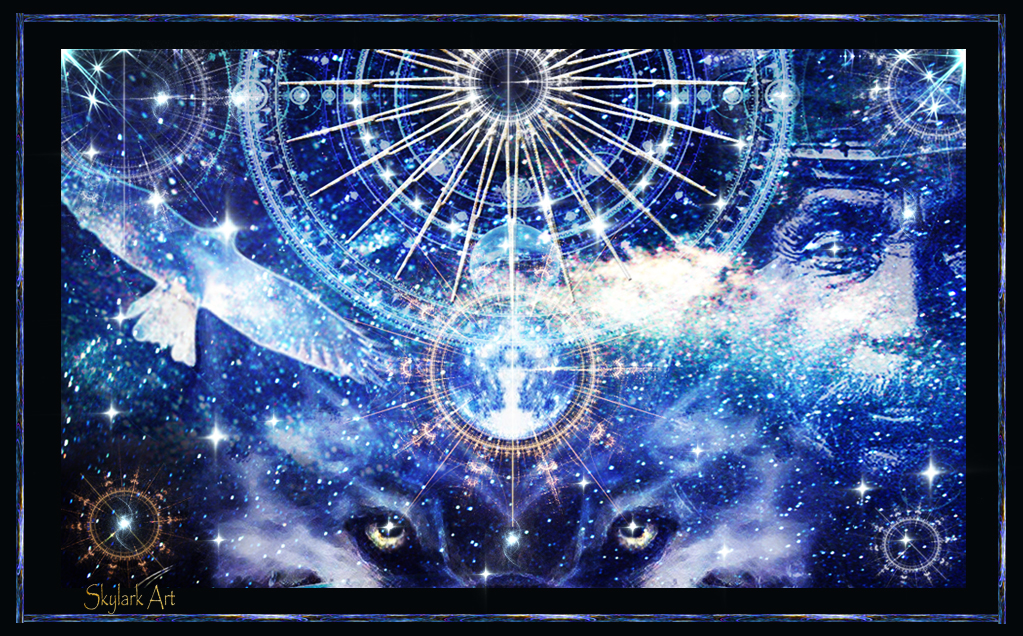 Astral Space was quiet, peaceful, beautiful, and yet it was empty. Not a single soul nor dying flame of a Soul that was once alive. It was the end of something that was once considered impossible. An end to everything that we could have remembered. But when we ceased to exist, a new age came. An age of creation just like the moment mankind came to existence. Souls that were 'dead' were actually live, yet our memories were never recovered. The thought of Earth never came to mind nor the moments we had as Humans. Upon awakening to a new minuet, a new life; we saw a world of wonder, colors and unimaginable terrains. There we learned we never died but....Resurrected.


In Resurrection of Our Lives, you are a Soul that has been resurrected into a new world. There is no memory of your past life or existence, things you enjoyed or what you looked like. Your Soul is based off the idea of the current, modern you however no longer matters as you are now to create a new form and way of living in this odd world. You have the freedom to create anything you wish with no limitations other than the power of your mind. Will humans exist once again or will this new world be filled with species of all kinds? Can this world exist in peace or will you bring it to chaos with your devious plans?

Each player is set up in a small part of this "New World" to begin building, creating and exploring. It is up to each individual player to work together or separately to develop this world from lifestyles to governments, and from species to relationships within another.

Chapters....​
At first we saw darkness, darkness that was like an absolute empty space. No matter how many steps one could have taken, it would only seem like we took none. The darkness was as silent as death itself, unforgiving and cruel to the death of our flames. We felt so cold for the first time, with no spiritual form, our minds were the only thing left. It was impossible to understand this feeling of being dead but very much aware, is this how true death was?
When we were left to only sulk in depressing thoughts, there came a moment of hope. Azure, colored lights or even perhaps a form of aura came down from infinit darkness. Like there was, just by chance, a sky high above. It was a moment of wonder. Reaching out towards this beam of light, we were sucked in peacefully only to experience a falling effect.
During the fall, it carried the peaceful feeling. Then, a voice called out to us. A voice that was inaudible but there, there reaching out to us. We could not explain it, but if we had to, we would say it was like reassuring us everything was going to be okay. Thus they were. Through the power of our minds, we were given the proper tools needed to become physical once again. As we thought of every detail of our new bodies for our Souls to inhabit, the world around us begun to shine through the darkness. Full of colors and terrains, it was filled with wonder....
Shortly after, many followed our steps...


While the Roleplay Gives the Player Freedom to do as they desire,
these rules should be considered at all times...

2. Despite the Power of your Species, There is NO God-Mod

5. Do not harass other players IC or OOC

6. Have Fun, Be Creative

7. When Posting, Please Add Chapter and Civilization Progress (If you are hosting that Civilization).
- If for some reason the GM does not approve of a recent post/move, you may be asked to try again.

- No player should feel left out or feel they are not good enough. If you feel left out, you may contact a GM if they do not spot the issue first and let them know you feel "out of the loop". Then the GM will interact with your character through posting either it be by a monster encounter, unknown character or world change. This would assist in getting you back "into the loop"

- At anytime you need assistance with one of your Sheets or your post, you are able to message the GM without being judged in any way.

- This is for Teens and Adults. You are not forced to Post with someone you are not comfortable with. However you should not tell that person that you do not want to post with them as it may hurt their feelings and at least attempt to keep them in "the loop".
Shabriri (Host)

Co-GM....
Maybe One Day...
Specie Sheets and Character Sheets
While each player is given the freedom to design each species and character, one should take into consideration...

- Character sheets can only be based off of pre-approved Species.

- How you design your character sheet is up to you, but make sure it's understandable to others.

- There is no right or wrong, unless they break Iwaku or GM Rules.

- You SHOULD put your CS in a spoiler.
For those who may not know how to do a Character Sheet on their own without some form of assistance, Here is a link to an example sheet with over 300 questions to choose from.
No, this does not mean you should do all 300+ questions unless you feel the need to do so. Just pick and choose what you feel is enough.
Blank Character Sheet: dehydromon DA
​
Specie Sheet

- You should give a good idea of your species to the point other players can understand.

- Your approved Species will be playable by other characters/players.

- There is no right or wrong, unless they break Iwaku or GM rules.

- Species must be listed as Playable or Non Playable
For Example Sheet use Character Link in Character Sheet Example.​
Last edited by a moderator: Mar 6, 2016

Location: the Shifting Forest
Located in the far east of the continent, the Shifting Forest is a place few people dare to venture unprepared. It is a very hostile place to those who are not synchronous with it. Spending enough time inside it will naturally make you synchronise with it, assuming you can survive until then... The forest itself looks like a typical temperate woodland - high densities of oak-like trees through which little light penetrates. During winter, the trees are bare, and small white flowers spring up from the ground. The first unusual thing you notice about the forest is that the entire thing is permanently absorbed in a blanket of thick fog. The second thing you notice is that every leaf of every tree is bleached white. The third thing you notice is that the path you walked in by isn't there any more. Most people don't get the chance to notice anything else. Fortunately, the creatures within the forest rarely venture beyond its borders.

1. Phantoms
Phantoms are the top of the Shifting Forest food chain, as the humanoid species within it. Their average adult height is around that of a typical human, and the most noticeable differences about them is their bleached white skin and hair, and their very pale blue or pink eyes. Even their clothes are very pale, and usually blues, pinks and greys. Unusually, Phantoms always seem to be surrounded by a pale aura that blurs their edges. If a Phantom spends a long time outside the forest, their extremities will begin to disappear, starting with their fingers. This is in fact true for all inhabitants of the forest, however, Phantoms have found ways to circumvent it. Phantoms rarely participate in combat, but a certain person has documented one of them. They wield no weapons or armour, but seem to have some kind of psychokinetic ability that allows them to move objects within 2 meters without touching them. The upper size limit seems to vary between Phantoms, as does the amount they can move at one time.

2. White Wolves
Pretty similar to normal wolves, but, like the rest of the Forest, bleached white with silver-blue eyes. They are larger than a typical wolf but are solitary. They have an unusual trait; despite living and hunting alone, White Wolves appear to hunt in packs. They can disappear and reappear instantly in another location, maintaining momentum but with a different trajectory, a very useful ability to have as a hunter within a forest that's trying to kill you. Particularly fast wolves can not only teleport instantly but appear preemptively and genuinely be in two places at once. These are the primary reason that most visitors only get time to notice three things about the forest.
S

Original poster
I really like your idea, are these the monsters that inhabit the Shifting Forest or Playable Species?

Phantoms I intend to be playable, White Wolves could be pets but they're just a species within the forest. I may add more species to the forest at some point. They all share the common theme that they begin to disappear if they leave the forest, though Phantoms being sentient figured out how to anchor themselves onto this plane of existence to prevent them disappearing.
S

Original poster
Alright, Shifting Forest will be placed on the world map as its being developed as more players come together.

Phantoms will be placed under the Playable Species and I'm going to put White Wolves in a Bestiary. If you have any photos or more information on them, let me know.

Also allow room for players to interact and assist in creating the Shifting Forest, you never know who may be interested in that part. (However, Shifting Forest will be claimed as your idea throughout the Play)

*Note: You're a new species that JUST came from The depths of eternal darkness. They will have a lot of developing and discovery ahead of them. Reason for Chapter One.

Gotcha. The only constant with the forest is that it exists partially in an alternate dimension, so other than that, anything goes :D

Extremely interested in this. I have a few ideas for location and species that I will put up soon when I have the full description.
Reactions: Shabriri
Show hidden low quality content