Original poster
Type your text "Really, we shouldn't be here..."
Character 1 is a fearless daredevil who will do pretty much anything. Character 2 is his cowardly friend. One day, the two buddies go to a 'haunted manor' (despite character 2's begs to not go). They split up, unaware of the dangers within. Character 1 gets killed, and turns into a ghost. Character 2 cannot see him, but he can hear him. Character 2 gets scared and leaves without her friend. Character 1 tries to live with her, but can't. He is trapped... 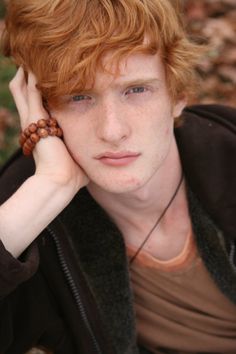 Name: Oskar Mallidan
Gender: Male
Age: 18
Personality: Oskar is a care-free daredevil who will do just about anything. He doesn't believe in ghosts, or anything like that. In fact, he doesn't believe in much at all. If anything, he believes in science, because that can be proven. He is abit of a bad boy, and often skives school. However, he can be kind to his friends.

Name: Johanna Acosta
Gender: Female
Age: 17
Personality: Johanna is more of a cowardly person who doesn't like to take risks, in fact she avoids them. Though when she does take a risk it's mostly her friends that convince her to do it. She's a bit pessimistic and self-conscious. Despite that, she has a warm heart and cares for others.

"Come on Jo!" he shouted. "It can't be that scary!"
The two friends were on their way to an abandoned building which Oskar had insisted on visiting. His best friend, Johanna, didn't like the idea very much, but Oskar was convinced it would be fun. Why wouldn't it be? An old, derelict building with nobody around to tell them what to do. Not that anyone told them what to do... Heck, he was 18 and she was 17. The only thing his mother ever begged him to do was get a driver's licence (which he will do - next year).

As he entered the building, he felt a chill down his spine. It's just cold, he told himself, though he wasn't entirely convinced. Oskar had heard tales of this building. Tales about it being haunted. Ha! Like he was to believe that rubbish! He thought of them as old campfire tales. Stories made to make you shiver, but not make you have nightmares. Still, the building did have a creepy feel to it, but there must have been a logical explanation. There was.
"The windows open."
​

"I don't think we should be snooping around a building like that." She stated as she nervously followed behind Oskar, her steps becoming more reluctant as they neared the building. Johanna had heard terrible things about this place and it was the last place on her list of where she wanted to be. Why was she even doing this? Ohh! Right. Because of Oskar. Best friends stick together, right?

Once they set foot inside the building, Johanna felt this weird sensation and a shiver went down her spine. Suddenly a small gust of wind blew past them, causing Johanna to tense. "We shouldn't be here Oskar." She warily said as she grabbed his arm, her eyes darting about. "C'mon let's go." She pleaded as she gently tugged on his arm. She hoped he would listen to her, but knowing the male, he wouldn't pay any mind to her words and just keep going and she would surely follow.
A

Original poster
"Oh, come on! This is just abit of fun, remember? There's nothing in here that could harm you," he said, attempting to comfort her. Ghosts didn't exist, right? There was always a logical explanation for things, nothing was just there, everything had a reason. And ghosts? They didn't have an explanation, they were just there, they didn't have a reason. So they didn't exist, right?

Then again, this building was terribly creepy. Oskar felt as if someone was watching him, but that couldn't be possible. Heck, they were in an abandoned building. No one in here except them. And maybe a few spiders. Still, it could have just been Johanna that made him feel this way. I mean, she was behind him. ​

Johanna knew Oskar wasn't going to back out of this since he was already in here. There was no point in trying to convince him since it would be in vain, but she couldn't help but to continue and try to convince him otherwise. "Fun? This is more scary than fun." Johanna stated as she moved closer towards the male.

The longer they stood there, the bigger the eerie feeling got. It was almost unwelcoming. "Oskar, what if we get into trouble?" She questioned as she looked up at him. Looking at the corridor ahead of them, she couldn't see far into it since it was dark. What if something was there? She never really liked the dark. "Are you sure you wanna look around this place?"
A

Original poster
Oskar sighed and turned to look at his friend. Why was she always so scared? Sure, Johanna didn't have as much courage as Oskar, but did she really always have to be so worried? There was nothing to hurt her! Nothing that could harm her! Or was there?

"Johanna, this is not scary, we will not get in trouble, and we are not turning back now," Oskar told his friend. "Honestly, nothing in here can hurt you. We are alone. There is nothing to be afraid of." He gave her a small smile. ​

Johanna looked up and met his gaze as turned around. He was a few inches taller than her, so she had to tilt her head so she could look at him.

As he reassured her, she felt a bit at ease about it, yet that eerie feeling was still there. She returned the small smile and gave a small nod. "A-Alright, but if something is off, we leave immediately." She stated as she kept his gaze. She was still hesitant on this whole thing, but she would take Oskar's word for it. "Lead the way." She murmured as she gestured to the hallway in front of them.
A

Original poster
Oskar smiled, before turning around and walking down a dark corridor. He had to squint to see anything in front of him, but could just make out some sort of lamp. Moving closer, he could see it wasn't eletrical, so had to be lit with a match or flint. "Do you have a fire starter, or match?" he asked, although he knew the answer would be no.

Before Johanna could answer, Oskar started to look around for a matchbox. Unfortunately, the hall was far to dark to see something so small, so he had no luck.
​

Johanna followed closely behind Oskar, the darkness enveloping them. Suddenly she felt something graze against her upperarm from behind. Immediately she looked over her shoulder and saw nothing or well at least she thought there was nothing since she couldn't really see due to the darkness. Turning her head back around, she quickly caught up to Oskar. "Umm...no." She responded as she glanced around. God, she couldn't see a thing. Placing her hand on the wall, she slid it along as she took a few more steps down he hallway. "Look here's a door." She told Oskar as her hand rested on the doorknob.
Show hidden low quality content
You must log in or register to reply here.
Share:
Reddit Pinterest Tumblr WhatsApp Email Share Link
Top Bottom