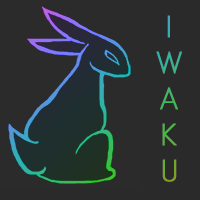 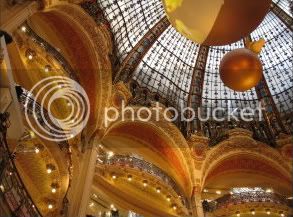 A place of wonders! The Mall contains the most exotic and awe-inspiring treasures of Iwaku. It was at the heart of the restoration after the Admin War, and now represents a fusion of cultures, a labyrinth of shops and supermarkets sheltered beneath the sparkling dome.

You can find almost anything you're after in this place, as well as some long-buried secrets and mysterious characters. There are bizarre bakeries, adventuring shops, treasure galleries, weapon shops, exotic restaurants and many other things in the maze-like chambers.

The center of the Mall is a food-court built around a huge War Memorial - a great plaque bearing the names of all those who perished in the Admin War.

The crowd gathered at the main entrance, it can finally be used again. It has been rebuilt because of last month's incident involving rogue bread cultists and shapeshifters.

He didn't give a passing glance as he moved into the newly built sign. He jumps over various decorations and statues to reach it. Extending his hands towards the the main arc, the man shook his head slowly and grinned.

The Giant "M" in "THE GREAT IWAKU MALL" has been turned upside-down and now twice as big. Still not satisfied, a small white spark materialized in front of him, he is now holding a paintbrush. The giant "W" turned red as every other letter became stone black.

"FABULOUS, DARLIN'!" he yelled, as if he was talking to someone.

He didn't even use any of the entrances, he always comes through the hole in the sky dome. And as always, he flies upward using his jetpack just above he dome and turns it off.

The dome of the Iwaku Mall shattered apart as a stone sphere, easily 100ft across, dropped from the sky. 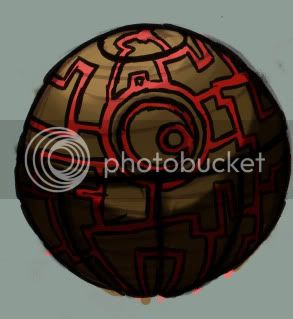 Orochi gripped the controls of his jetpack, thrusting out the way of the falling projectile. But when the sphere struck the plaza below, the shockwave sent him crashing through shop windows and plyboard walls. He landed in the changing room of a tattered cloak shop, which shook around him as a great slurping noise filled the mall.

From the crater in the foodcourt, the sphere lifted up again, hovering as it spun. And those shoppers who had not already fled could only stare in horror at what happened next...

The upper part of the sphere broke apart into 8 pillars, resembling the tips of a crown. And in the centre, a web began to be spun, amber light forming into solid crystal. The eight legs curved inwards, picking up each crystal and deploying it around the mall. And as each capsule was placed down it shattered to reveal a great breach in time and space.

The shoppers screamed and scattered as invaders started pouring through the breaches - Noob barbarians, trolls, spam-gunners, flamers. They rampaged through the mall, looting and pillaging, slaughtering any they could find.

And as the hordes attacked, the stone sphere lifted up again, the 8 tips of the crown inverting to become legs. 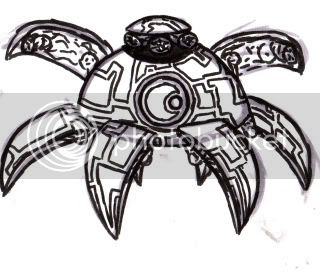 The Stone Spider slurped again and unleashed a lazer beam, 20ft wide, which tore a path of destruction through the shops, vapourizing anything that got in the way.

The Invasion had begun...


[SUMMARY: A Stone Spider crashes into Iwaku Mall and opens portals through which Noobs, Trolls, Flamers and all manner of Outsiders begin their invasion.]
C

A faint, repeating beep, still audible in the breeze.

Iwaku Mall, which was just recently reopened, was struck by the Outsiders, leaving behind a tragic sight. Turbines and all manner of electronic appliances croaked as they powered down, and air vents echoed with miniscule hints of exhaust. In all this silence, only one sound prevailed.

Upon the roof of the Mall, near the dome, rested a prism-like object, partially resembling the generators that lay across. Atop its metallic body, a red light flashed and blinked, in sync with the repeated beeping. In the center of its chassis was a holo-panel, which displayed numbers too miniscule for the naked eye to easily discern.

It was a countdown, and it just reached zero.

The machine stopped beeping, and it turned off its signal light. The top of its frame opened up, unfolding, revealing a dome of dark, tinted glass, which rose and rotated from side to side - presumably the machine's eye. The lower chassis glowed with life, and there were small, consecutive combustions - the entire machine ascended off the ground and started hovering about, with its dome head still spinning, as if it were in a panic searching for lost property.

The prism-shaped machine emitted radio crackles as it passed, and soon enough, the sound of music set in.

Imprinted upon the frame of the machine was a gray crest that resembled a fusion of a Roman capital letter T and an Arabic numeral seven, with a semicircular arc crowning it - the insignia of the Teknikan Empire.

There was raucous applause as the War Memorial came crashing down, shaking the entire mall. It had been lashed with Pimprat chains and a team of Trolls had ripped it from its foundations. Up above, the Deviants were repainting the dome in garish blue, and they stopped to cheer, swinging with delight in their harnesses.

Spammers and Flamers leapt over the fallen monolith, whooping excitedly before going back to vandalising the shops and defacing the walls with graffiti. With Rory and the ambassadors negotiating a truce, an order had gone out for the killing to stop. So now the Noobs busied themselves by desecrating the shopping complex.

At the head of the trolls and pimprats, a single Hijacker surveyed the fallen War Memorial and nodded. "Now break it apart," he ordered from behind his veil. "Let no trace be left."

The trolls and flamers moved in, smashing the memorial with clubs and roasting it with fire. Piece by piece the relic fell apart, adding to the field of debris in the central foodcourt.

But even as the memorial disintegrated, it spoke a message. Some of the letters of the names stood out more than others, still shining with a golden light. In their frenzy, the Noobs didn't notice... but the letters were spelling out a message... a last prophecy to the Iwakuan people.