The Circus of Dreams (OOC & Signups)

Surface Premise
Welcome one, welcome all, to the Circus of Dreams!
Do be sure to enjoy your stay, as we try to make your experience the best of the best!
We've hired only the most talented, most graceful, and even the cutest preformers out there!
Do not throw things down into the preformance area! You will disturb their act and you will be escorted out of the theatre with your company as soon as possible for such ill behavior!
If you begin to feel light headed, don't worry! It's only the special allure of our show!
Please do not exit the theatre until the show is over. If you are in need of the restroom, do inform one of our supervisors that are constantly walking up and down the aisles.
Above all, do not speak to the preformers! They have too much to have to be burdened with the many questions of the audience.
Do enjoy the show...
You'll have no choice but to...

Plot
Hell.
The only word to describe where you are forced to live your entire life, is Hell.
Whether you were born here...
Or were forced here...
It is your home, for now, and for eternity.
Sure, there are others, but it's completely hopeless to escape.
The Head Preformers... The Guards... They're impossible to beat or get past.
They're completely transfixed on serving the Headmaster, one could call them Satan himself, though none have actually seem him, none but the Head Preformers or Guards.
Though the rest of the preformers, they know to fear them... Even if he is not present, the thought of him standing over them, watching them, breathing down their neck for every living moment, just waiting for them to break a rule is engrained in their minds.
Training is dreadful, many have gone mad through the process of it, but still must serve in the circus.
The Head Preformers constantly berate you, and your fellow slaves, calling you freaks, treating you lower than dirt, and damaging your psyche every day.
There is no normality in your life; not even the people who come in to see the "Dream" Circus.
They already had the souls sucked out of them by time it was all of your turns to come out.
The circus's sole purpose was to collect souls, en masse. About 20% of the population of Earth have succumbed to it's effects, becoming smiling, empty puppets to only go around and tell all of the circus, which opened once a month.
Your life of hell won't end, so will you get used to it and live with it?

Character Sheet (Mandatory to be able to join in)​
Spoiler 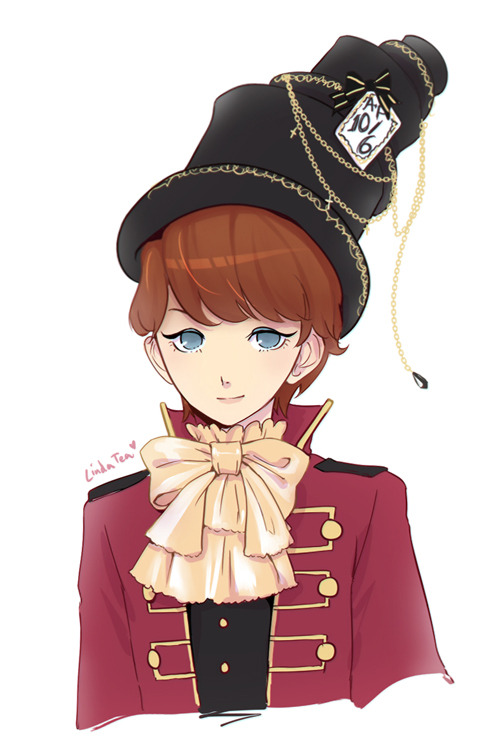 Aliya
Female
14
Illusionist ( can make the audience or other people see what she wants you to see)
Hybrid of a dark angel and vampire
Has black wings looks like a 7 year old thanks to her vampire genes she grows slowly.she never had a real family was abandoned at the age of one. Has black eyes, long legs, has black hair, is mixed, and has a wing brand on her right hand.
Has lost both parents and brothers in a car crash, her previous family were witches and didn't like her so they wiped her of all her memory but her name and her species.
M

Specialty: *Mesmerism/suggestion. In his act he is an animal charmer/tamer (he usually works with big cats though they are always taken away at the end of the show to prevent any potential for escape or retaliation against the Head Performers)

Appearance: Fenn has green eyes and short, shaggy-cut brown hair that at its longest length reaches just above his jaw. He wears an old, battered top-hat decorated with a random assortment of coloured and patterned feathers which he tends to add to and alter on a regular basis. With his face down and the hat angled forward he finds it allows him to avoid eye contact if he doesn't want to be seen or bothered. He is generally quite pale and a little on the thin side and his coat, faded dark blue and knee length, has been patched and re-patched multiple times around the cuffs and elbows. Most of its buttons are odd, having been lost and replaced over the years, and he is just as likely to be seen wandering bare foot as he is wearing his battered leather boots.

(I'll add an image if I can find one)

Relationships: Two older brothers with whom he has no contact; he was sold into the circus as a child and has little recollection of his family in the human world. Relationships within the circus are open for anyone who interested - if anyone wants to set up a former/current relationship with the character (be it friend, rival, etc) in advance, go right ahead (send me a message or something though so I know about it if you don’t include it in your sign-up post).

*Note on his ability: His mesmeric ability is limited in scope and is suggestive in nature, not forceful. It works primarily on animals and occasionally on humans who are under the influence of something (drugs, alcohol, hypnosis etc) or distracted enough to be vulnerable to suggestion. He cannot force people to do things against their will but can create a moderate strength suggestion that might, if they are indecisive, distracted or mentally incapacitated, make them think that the idea is their own and encourage them to act on it. He uses the same principle in his act to suggest to the animal that it wants to do whatever he is asking it to do. It is not fool proof and it can fail quite spectacularly. It requires eye contact, vocal suggestion and in some cases touch can strengthen the influence.

It does not tend to work on other members of the troupe unless they have been otherwise made susceptible to it (through drugs, alcohol intoxication etc), and it flat out does not work on the Head Performers.
Last edited: Sep 16, 2015
Show hidden low quality content