Original poster
The date was July sixth, in the year two thousand and five. A group of students from Humboldt College set off to spend some of their summer vacation in nearby Crescent City, for the beauty of the location that bordered the ocean and the stunning Redwood trees. The group did not consider the date, or the location, as auspicious.

This group of students, many friends but some mere acquaintances, drove to a small coffee shop that humid night, set up against the backdrop of the forest. As the cars neared the small building, a hot summer rain began to fall from a jet black sky and fireflies dotted the air. Without a second thought, the group entered the cafe and sat down, talking and enjoying one another's company late into the night. Not giving even a single word, the keeper of the store stood behind his counter polishing the fine wood. The clock ticked slowly to midnight. With five seconds to spare before the clock chirped the hour, the man smiled, suddenly jovial.

"All the sevens, in a row, and for a day we shall play!" he squeaked.

The group looked up, mystified, but he had gone. Without time to spare for a thought, each student dropped into a dreamless slumber.

The first to wake is Nightie, who rubs her eyes and encounters a vision of timeless beauty. Before her lies a forest and upon further inspection, dense forest fills her field of view on all sides. A twinkling light and the tinkle of laughter barely audible rings through the foliage.
​

Each person will play a student at a college, with a fair range of ages from about eighteen to twenty-five.


Name: Fairly simple :)
Age: Consult me if you find this difficult.... o_O
Gender: Only three options here, and I would appreciate you keeping hermaphrodites to a minimum
Personality: How your character acts in general
Brief Biography: A small summation regarding turning points in the past of the character, etc.
Appearance: A picture or detailed description

Original poster
Name: Nightingale "Nightie" Rourke
Age: 20
Gender: Female
Personality: Quiet and shy, Nightie is a soft spoken young woman, but her advice is sage and reasoned. Nightie's meekness detracts from the usefulness of her unwavering loyalty.
Brief Biography: Nightie grew up in a sedate house, her mother a descendant of the Ch'ol tribe while her father was a Spanish businessman. The pair moved to Oregon to raise a family and were given only a daughter, their only child. All the affections and expectations of her family were heaped on Nightingale alone, causing her to be very pensive and deliberate in her words and actions, to consider the possible repercussions and implications. Nightie enjoys English and hopes to one day be a novelist of sorts, but is content with being an English professor.
Appearance: 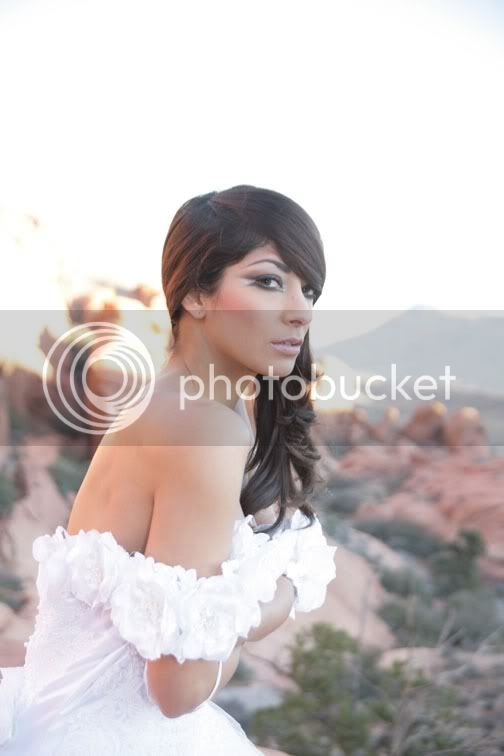 Original poster
interested... but not so sure if i should join.
K

Original poster
Not sure? :O Why not? It's going to be funnnnn.
P

Original poster
I'm in! I'll put up a charrie tonight.
I

Original poster
Name: Alex Burke
Age: 19
Gender: Male
Personality: A little shy when you first meet him, but will easily warm up to people. Has a sarcastic, sometimes insulting sense of humor. Many people get unintentionally offended by him.
Brief Biography: Is currently studying to be a History Teacher. His father died in an accident at work when Alex was 2, so he is currently living with his mom who tries to encourage him as much as she can. He is an only child, and learned to grow up and interact with adults early in his life. He never really had a lot of childhood friends and only started to have true friends in College.
Appearance:

Original poster
Yay for Patty being my first buddy!
I will start this when I have just one more person... one more... come on guys D;
By the way, those of you who said you want to join - well, what are you waiting for?

Name: Elsa Durandal
Age: 18
Gender: Female
Personality: Elsa is a take charge kind of girl. She tends to be the type to act first think second which gets her into tight scrapes but usually she lucks out and makes it through okay. She can be a bit dense at times, causing others to look at her like an airhead. When fired up there isn't any reining her in, she has to go full force towards her goal with a burning passion. She's friendly and never shy to talk to people, usually dragging them along in her pursuits with high energy.
Brief Biography: Elsa grew up as a typical half-Russian half-Japanese middle class American family. Her dad worked most of the day and her mother worked around the house. They weren't rich but Elsa didn't really need for anything or want for much. She babysat in high school, had a close group of friends, wasn't overly popular and worked hard to get into Humboldt, majoring in Fashion Design.
Appearance: 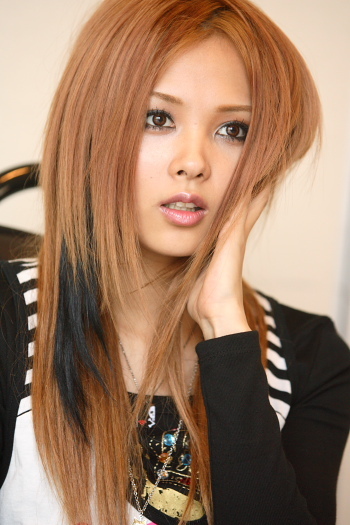 Original poster
Name: Amy Daniela Jones (Likes to go by Danny)
Age: 22
Gender: Female
Personality: Danny is one hard-core Bio major. She works hard, studies hard, and parties… only over the summer and winter holidays (You know, when she’s not trying to take more online classes). Social life? Virtually none, unless you count her frequent rants to her pet gerbil. Control freak? Maybe. But where there’s a will, there is most definitively a way. And so what if she’s trying to be 50 of thousands of applicants trying to get into the top vet school in the nation, she will find a way.
Brief Biography: Danny has known what she wanted to do all her life (or at least since she was seven). She wanted to work with animals. Her family has always been very supportive of her dream. Her mothered worked at a local animal orphanage and her father worked at a wildlife ranch, so it was only natural Danny shared their love. Throughout her teens Danny has dedicated her life towards her future job from volunteering at vet clinics to taking high level science classes.
Appearance:


Personality: He's a very weak-willed invididual who is also accustomed to having his wishes instantly gratified, as a result, he gives up in the slightest indication of difficulty.

He is seen to be mostly cordial, cheerful and carefree: a mask that he had crafted over the past eight years. He doesn't want to be seen for what he really is, a depressed guy stubbornly plotting his own demise.


Brief Biography: "A twenty-seven year old, basement dwelling college undergradate" that's what you might hear when you would ask him describe himself, because in fact, that's what he is. However, he was a bright youth whose future was supposed to be bright, until he entered college around nine years ago.

His first suicide attempt nine years ago obviously failed, and that attempt, along with several others made it even more difficult for him to succeed. He's currently trying to keep himself from being kicked out from his course of Computer Engineering.


Appearance: A man of above average height and slighly overweight though he seems otherwise. He usually wears jeans, sneakers and t-shirts. He does not usually have a choice when it comes to his wardrobe, since he relies on hand-me-downs from his older siblings, but he prefers the earth colors and dark blue.

Original poster
I am (very) interested in this role play and will try to have a sign up by tomorrow night when I get back to my home in the U.S.
N

Original poster
Name: Elizabeth 'Liz' Alessia Moretti
Age: 21
Gender: Female
Personality: She is one of those who usually will always have a smile on her face, even during the worst time's. A smile will grow bright as ever, she is kind, but can be shy. But when she is out of her shell, she's eccentric, charismatic, and a flirt. (you'll only see those when she's drinking.) She's very youthful, intelligent but naive. Not to mention she's a perfectionist
Brief Biography: She had always lived in New York City, both parent's high ranked lawyer's, her father passed away due Heart Failure, she never saw her mother. Her older brother's raised her since she was young. She had always been determined to go to college, for that matter chase her dream's. She alway's wanted to Graphic Design even if it wasn't something her mother wanted, because her mother had the mindset on Liz becoming a lawyer, like herself. Liz is in the graphic design program, hoping one day to make it big like her older brother Alex.
Appearance: 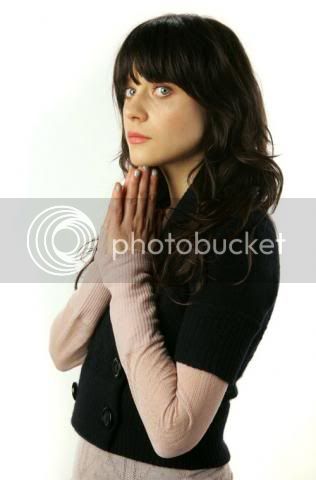 Original poster
Ohmygoodness cookies and hugs for all of you - I didn't expect this much of a turn out!
Everyone looks super so far, I'll make a roster for reference and get this started.
A

Original poster
Name: Katherine Mayfield
Age: 19
Gender: Female
Personality: In front of strangers and people she hardly knows, she carries herself in a manner that her father and mother would be proud of: very politely. She is rather formal to strangers, and can even be somewhat intimidating to other females her age or younger than her because of the intelligence that shows on her face. However, around friends, she loosens up and becomes a much less formal person and someone that is rather intelligent, but willing to have fun. She is fiercely loyal to those she considers her friends (since she doesn't have many) and will have their back, or at least try as hard as she can to have their back.
Brief Biography: Katherine was born to the Mayfield family, which held a large fortune from stock investments before the market began to recede in the previous decade. Katherine lived in relative luxury for her early years, and was taught by private tutors and learned etiquette and manners, along with cooking and other things. However, when the stock market began to recede, her family had to cut back, and Katherine had to begin attending public school, which was not easy for her socially. Despite the transition, she excelled academically and managed to get a 4-year scholarship to Humboldt College. She is majoring in Linguistics
Appearance: (Rages because she can't find a picture). Katherine stands tall at 5 feet and 11 inches. Her skin is a sun-kissed, peachy shade, with very little blemishes; however, one can see that she is wearing little more than tinted lotion. She rarely wears much make-up, because her features already stand out amongst the crowd. Her intimidating blue eyes lie within an oval face, beautifully shaped with a delicate nose and mouth. Her eyebrows are a light brown shade, matching somewhat closely with the golden hair that she typically puts up in a bun, a side-sweeping bang wavily winding down her forehead and then down the right side of her head. However, when she does let her hair down, the wavy strands fall a few inches past her shoulders at their longest. As one looks down from her face, one will notice that Katherine has a lean figure, and walks in a graceful, poised manner. Katherine will wear a range of clothes, but she will often use heels to exaggerate her height.
K

Original poster
... POST! :D
Nightie is making a ton of noise and tripping over you guys >>

My choice was taken!