Original poster
First off, I just want to say. Star Wars The Force Awakens was a solid 12/10..... I fell in love all over again on an emotional and epic journey of what the original trilogy embodied, with that being said, I'm taking a page out of the classic see-something-and-want-to-rp-it bit lol and making a Star Wars rp centered on a very subtle plot point in Episode VII. I won't say what that is outright out of respect for people who have not yet seen the movie (GO, NOW.) so I will just say it involves our characters being force-sensitive with equal strength. I would prefer predominantly human, but I will take other races if convinced.

Now, for those that would like to join this rp or are at least interested, I'd recommend seeing the movie first to know the plot point we will be going off of, but if you are going to see it soon (SERIOUSLY, GO) or haven't yet, it's still fine as it won't really give too much away anyways, just some mild spoilers that's not too big a deal. Anyone who just genuinely wants to do this and will not see the movie that's fine too, either way for all people interested in this PM ME. Do not reply below unless it's for a question or general comment. If you want to know about the plot point the rp will be based off of, PM me directly. This will take place a bit before VII and during VII as well, but will probably not run into/focus on characters in the movie.

It will be an epic-thriller. That's the closest genre I can classify this rp as. A bunch of action and drama, with an expansive chilling overtone. ^_^

I don't want to put a specific number of people yet, let's just see the interest first. ^_^
Reactions: The Dapper Mog
C

Original poster
Actually the plot point is so small, you don't NEED to watch the film whatsoever. It would just help with background details. I may take bounty hunters as well, not sure yet.

Having seen the film myself, the plot point is literately something the EU came up with before it was deemed 'Legends'. It's not super 'spoilery'
Reactions: 1 person

IamtheecchiKing said:
I love Star Wars and I’m willing to go all in
Click to expand...

What character did you have in mind? 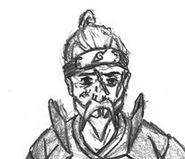 An Ashoka type character. Obviously not her exactly, but similar to her. If that is allowed
Show hidden low quality content