Over the years, I've seen...so many shows/cartoons/game series run into the ground, all because the owner/producers want more money, despite all the money they already *have*.

My question is: Which show/cartoon/game/book series/whatever do you think just needs to STOP? Which one does the producer just need to shut down, and put to rest? And of course, WHY?

For me....
"King of the Hill"
It's not that I don't like it, because I do-It's not bad.
However, that show has been on the air since I was a kid, and I've seen almost every episode, and...it honestly just got really OLD. The humor's kind of dry, and they need to quit showing the constant re-runs, and just stop it. The show needs to stop and be put to rest. ^^;
C

It's all about ratings. If they can keep consistant rating with a show that has an established fan base then they'll keep running the show.

As for me, yeah, I wish they'd take some shows off the air.

Orion said:
It's all about ratings. If they can keep consistant rating with a show that has an established fan base then they'll keep running the show.

As for me, yeah, I wish they'd take some shows off the air.
Click to expand...


=P
I know about the ratings, Orion.
But which ones do you want to see put to rest? =P
C

A lot of Cartoon Networks new programming that isn't actually a CARTOON I'd like to see taken out.


Games I'd like to see stop are Sonic and Spyro as much as I like them. They just keep getting worse every time. That DMC reboot can burn in hell too as far as I'm concerned.

I wish Survivor would just end. If it hasn't already.

FOLKLORE MEMBER
-Any military-themed FPS.
-DMC doesn't have to die, just the people responsible for creating that trailer and the new Dante.
-Sonic. You can see it in his eyes that he WANTS to be put out of his misery.
-Megaman(maybe): without Keiji Inafune, it just won't be the same.
-Ninja Gaiden(also maybe): Same as Megaman, but without Tomonobu Itagaki.
-Painkiller; either get People Can Fly back on that, or let it die.
-Jersey Shore should have been aborted.
-American Idol
-Actually, just reality TV in general, except Dirty Jobs & Mythbusters. Are those shows reality tv?
-All New Republic-era Star Wars books.
-All those movie remakes of old TV shows.
-Remakes in general.
H

The Simpsons and Sonic need to die.

Hey there. I don't believe I remember you, though everyone has changed their names. Also apparently I'm an evil dark insane false god.

Seth Macfarlane needs to pull a Dave Chappelle and disappear for awhile. His artistic integrity waved bye bye a long time ago.

I think it's more about us getting older.
Still find Simpsons funny though.
D

AMERICAN IDOL. You can't keep your judges anymore! D: it's time to go!

FOLKLORE MEMBER
I don't even watch it and I've thought that for the longest time that Survivor needs to be shot in the head with a glass and metal filled blunderbuss.
K

I personally say the pokemon and yugioh series need to die a horrific death. Seriously, the show wasn't even that good when I was ten and diddn't know better
V

I agree with GM, stopped watching it after jhoto, now its just a sorry excuse for a cashcow.

Also final fantasy, (going into games now) I mean guys you games aren't related even remotely plot or even universe wise and you have more titles in the "series" than any other game.

Original poster
FOLKLORE MEMBER
So for everyone who's responded...
Instead of killing those shows/series, what do you think the producers could do to *improve* them to a watchable/playable level again?
I

-Disney movies in general, sure it might help the kingdom hearts franchise but god damn it just needs to stop
- Final Fantasy, Just think they’ve been hitting rock bottom since XIII
- Pokemon, Kitchen appliances enough said
- American Idol, ha, ha make me laugh they should have gone off air since they first aired this “show”
- Vampirism, seriously this shit has gone overboard

Shadow Ike said:
-Disney movies in general, sure it might help the kingdom hearts franchise but god damn it just needs to stop
- Final Fantasy, Just think they’ve been hitting rock bottom since XIII
- Pokemon, Kitchen appliances enough said
- American Idol, ha, ha make me laugh they should have gone off air since they first aired this “show”
- Vampirism, seriously this shit has gone overboard
Click to expand...


Actually, Disney movies are great for rage. They always change a story to make it either more disturbing, or more kid-friendly/interesting.

Balto: IN REAL LIFE, there WAS a Balto. Was he half wolf? NO, he was just a sled dog.
Little mermaid: She actually had to drag a sword up her tail to make them into legs. And it didn't have a happy ending. She turned into sea foam
Those are the ones I have the most problems with =D

Agree with you on American Idol.

You know what REALLY needs to stop though?

Miru said:
So for everyone who's responded...
Instead of killing those shows/series, what do you think the producers could do to *improve* them to a watchable/playable level again?
Click to expand...

Funny, I recently finished watching King of the Hill. That show never, ever gets old for me.

Pokemon, though... That show just needs to stop. Now more new episodes, no more new Pokemon, I'm fucking SICK OF IT. The story never changes. :/ Ash, who is still 10 years old, travels with some chick and catches Pokimanz... He'll never been a Master. He releases his best Pokemon in the wild and Pikachu is still Pikachu. .__. And dammit, no more video games, either! UGH.

Another is Tom and Jerry. It's old, it's boring now. Watching a cat and mouse beat the shit out of each other, get drunk, etc etc. just isn't entertaining anymore. Make it go bye bye, plzkthx.

I'll agree with Ike on Final Fantasy. With every game, it gets less fun. The stories and characters are becoming less likable.

Twilight... All I need to say about that.

Oh, and the ENTIRE Disney channel! It sucks balls. By the time I have kids, they're going to be stuck watching DVDs of toons I watched as a child and good ol' Sesame Street, where Cookie Monster still ate cookies and Elmo was still the newbie on the block. 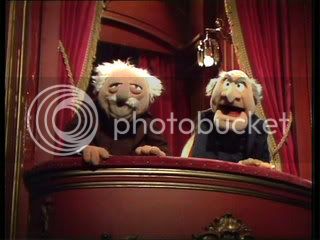 Again, this really just boils down to the fact that we've changed our likings since 3-5 years ago and further back. There'll always be expections though. And if we're gonna start posting up shows we didn't even like to start with, this is going off-topic, lulz.