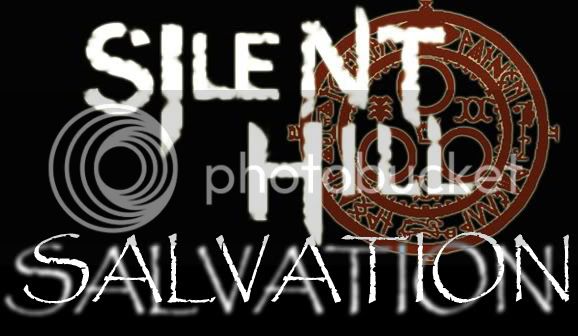 This town is empty.

Cars lie abandoned at the side of it's roads, their plates dating back decades. The shops lie dormant, some boarded up and closed but others left as though abandoned. The houses are empty, plates laying on tables ready for a dinner that was never eaten, beds left made for people who never returned to them.

This town is hidden.

Hidden in the mountainside, and covered in a layer of fog that seems to last forever, it's presence is kept secret from the world. One wouldn't even know it existed were it not for the signs that led the way to it. It seems suspended in time, unchanged no matter what way the world outside marches on.

This town has secrets.

The coalfires that somehow started so long ago under the surface still rage today. The town is abandoned, but it wasn't always so. What drove the people from their homes and into the unknown? What scared them so that they left without bringing anything with them?

...Did they ever even leave?

This town holds darkness deeper than you could ever imagine.

Things lurk in the fog. Nameless terrors that stalk those foolish enough to heed the call of the town. Roads that once led into the town no longer lead the way to freedom and respite. There is no escape once you enter.

And when the alarm sounds, you will learn one thing.

This town may well be the death of you.

Welcome to SILENT HILL We've been expecting you.

* * *​
'Silent Hill: SALVATION' is a game set in the world of Konami's Silent Hill franchise (who'd have thought it). The characters have been drawn to the town for a variety of reasons, and in a variety of ways. But they all have one thing in common.

They have a dark past the town knows about, and it will put them through a horrifying ordeal that will see them redeemed... or dead.

I'm going for something in the vein of Silent Hill 2; none of that cult nonsense, just the town, a load of unfortunate victims and hideous, disturbing monsters that reflect the personalities and dark histories of the characters. Try and keep it original; the monsters should reflect the characters we make, as opposed to dropping in monsters from the games.

And the first person to bring in Pyramid Head will have Darwin appear out of a time hole to club them round the face with a Mace of +5 Natural Selection. You have been warned.

Still very much want to do this, Grumpy. But the fact that I've never played a Silent Hill game daunts me, a little. Will join soon, just lemme get my bearings. *Fires up the wiki.*

Don't even TRY to read what Silent Hill is.
C

Reading about it or having someone explain it doesn't do it justice and you won't get the feeling of what Silent Hill is.

I'll just go buy the game and console. *Kicks Asmo in the ribs.*

Cancel all my plans for tonight. *Body slams Asmo.*

And play it all the way through. *Holds Asmo's head under the water and counts to 200.*

*Gives Cotillion a pat on the back.*

Original poster
DONATING MEMBER
FOLKLORE MEMBER
Silent Hill's about a character with a rather unscrupulous background getting chased around a spooky town by symbolistic monsters.

*waits for Asmo to rage*

Still without a laptop, but will try and post soon. I'll try and have my guy meet up with one or more of you, whilst we keep building the atmosphere.

Then we apply monsters.

Original poster
DONATING MEMBER
FOLKLORE MEMBER
Only delayed by a month, or so.