So I was just on the forums for a game I've been Alpha Testing since day 1, and while making a post I made a misclick at the bottom, where instead of posting I saved a draft. And when this happened all I could think was "Holy Shit... Iwaku could use this!".

A utility that lets people save a post on the site mid-work, and then re-load it and pick up on it later.

Now, I know people could use something such as Microsoft Word, but some people (like myself) might prefer using Iwaku's layout because it gives us more instant ways to make sure the code works, and the post looks right.

I also know that Iwaku does sort of have a save feature already, but it's a temporary one that seems to most be for preventing crashes from deleting one's work. Not something where it let's people save a large post for another time in the future. 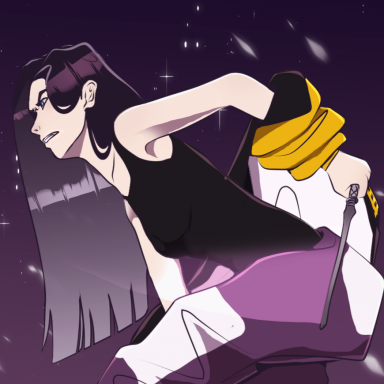 This came up once before and I think it was mentioned this isn't within the realm of possibility? If you need somewhere to save your drafts, maybe you should try using your blog.

This feature already exists in the rich text editor! Not to mention, the editor also automatically saves your drafts every so often.

Yes, but these drafts last a maximum of twenty-four hours and to keep them you'd have to periodically edit your post. After all, this feature is only a fail-safe. I don't think a temporary solution was something this user was looking for, but It's worth noting.

I was talking about a more Permanent option, I don't know if the Rich text editor's one lasts for only 24 hours or not.

Here is the post in which Diana herself explains it. It's from a little over a year ago but I but I doubt they messed with the save options too much sense then. I found Redblood's post stating the same thing in a different thread back in June.
Reactions: Gwazi Magnum

Noctis the Devious said:
Here is the post in which Diana herself explains it.
Click to expand...

I see.
In which case my idea/suggestion changes to "Pro-long the duration of the Draft feature".

This is not a feature I intend to put in. o__o The fail-safe is enough to help people from losing posts while they're typing. It is up to members to be responsible for long-term saving of posts they are still working on. Like others have mentioned, there is the blogs, there is google docs, and peep's personal files.

I'd rather put the time and energy in to working on other things. >>
Show hidden low quality content