Original poster
IC Link: http://space-kitten.org/iwaku/showthread.php?t=3545&p=98219#post98219
Accepting New Characters: Yes
Rating: PG-13
Genre: Sci-fi fan-fic
Atmosphere/Mood: action
Timeline: day after tomorrow
Basic Plot: it's been fifteen years since the great uprising occurred, when Kanigawa prefecture rose high above the rest of Japan. With the great uprising came the Alter powers, the ability to deconstruct matter, and reconstruct it in a form specific to the user. It didn't take long for the Japanese government to need a method of control over these alter users, as well as wanting access to the source of their power, "the other side." The results of their efforts ended in a massive battle in which they were driven from the Lost Ground by a handful of powerful alter users.

Seven years have passed since the battle with the Japanese government. The alter users that freed the lost ground have done little since, except to keep the Japanese government out. Inside the Lost Ground has descended into chaos, Alter users have been fighting for seven years, all trying to gain control or stay free. These battles still continue, but how long can these battles continue before the lost ground becomes too weak?

Character Name: James Short
Gender: Male
Age: 25
General Appearance: brown combed back hair, a black coat, shirt, and pants.
Current Goal/Purpose: James Short's goals are not publicly known, but he has been slowly extending his territory since his emergence. His territory consists for what is left of the city.
Alter: the Alter Negative: takes the form of a fine mist, it disables any alters it touches, but has no other abilities.
Style of Leadership: James Short rarely deals with anyone directly except his lieutenants, these few are his eyes and his ears. When he tries to expand, he does so with sudden and precise attacks. He favors subtlety over anything else.

Character Name: Kiera Willow
Gender: Female
Age: 17
General Appearance: Long red hair, a loose brown shirt, and a brown dress.
Current Goal/Purpose: Kiera's been able to take control of the area around where the alter forest used to be, she has had steady control of that for a year or two.
Alter: Forest Speaker: takes the form of a dryad, causes accelerated growth and mutation of plants around the body of the Alter.
Style of Leadership: Kiera takes a somewhat diplomatic approach to her area, each of the towns having an Alter user that speaks for the town. Her method of expansion is a more diplomatic approach, trying to convince a village to join her while ensuring that she can defend the village from other Alter users. She favors non-lethal force and alternatives to fighting.

Character Name: Howards
Gender: Male
Age: 16
General Appearance: has unkempt blonde hair, wears a sleeveless jacket over a T-shirt and jeans
Current Goal/Purpose: The most aggressive of the current major players, His territory has been spreading from the underground alter arenas
Alter: Armor Piercer: creates a crossbow with five high powered bolts, he can make bolts more specific to his situation.
Style of Leadership: Howards is a war lord. His lieutenants are the strongest of his followers, and he conquers through sheer force. He values brute force over all else.
P

I will be looking closely at alter powers to make sure they aren't over-powered.

Also, expect to be going up against other player characters in the RP.

To start the RP, I will require you to be with one of the three Major Players, as the RP continues, you may switch sides or strike out on your own as you see fit.
T 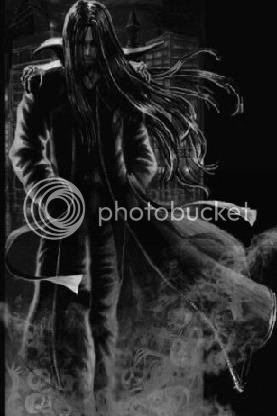 Masamune has a katana and a CheyTac M-200 Intervention sniper rifle capable of firing AP, hollow point, rubber, and tranquilizer ammunitions, on top of regular bullets. The rifle has a high-powered scope and effective maximum range of 2000+ meters.

Current Goal/Purpose: To be free

General Personality: Masamune is generally quiet, and is most talkative when in one-on-one battle. He is ruthless in combat, and will do just about anything to complete his mission. However, he will go out of his way to protect the innocent. If ordered to kill someone who poses no true threat to anyone, he will often help them find a way to escape and hide from who ever hired Masamune. 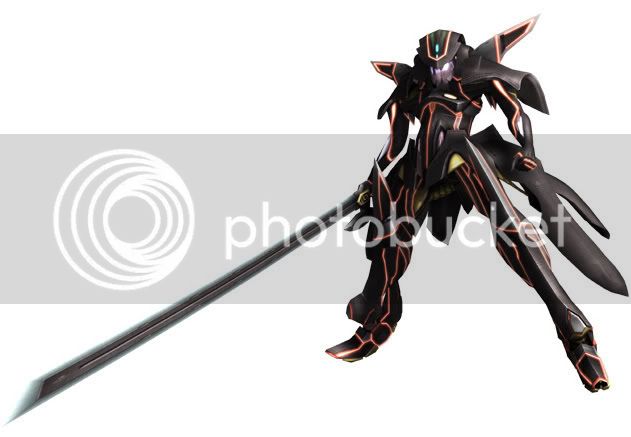 Alter Name: Muramasa
Alter Type: Equipment, Armor and Weapon subtype
Alter Abilities: The Muramasa grants Masamune dramatically increased strength, speed, agility, and reflexes, as well as flight capabilities. The Muramasa's sword is able to cut through just about anything, including titanium.
Other: Muramasa has an odd way of moving across the ground. Instead of walking/running, he instead skates.
<!-- / message --><!-- edit note -->
​
O 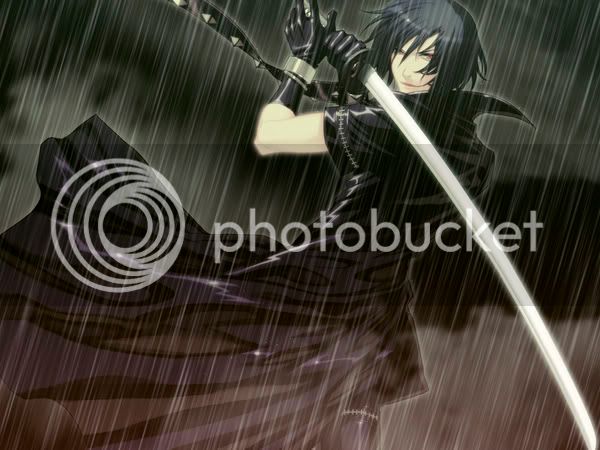 imagine the sword blade being black.
Current Goal/Purpose: To find and kill the alter user who killed his parents.
General Personality: Serious, but laid back if something doesn't directly involve him he stays out of it.
General History: When he was 7 he was left on the street after his parents were murdered by an alter user. He was adopted and raised by a very nice couple who had found him wondering on the street. They not being able to have kids of their own quickly adopted him. He learned how to use a sword and forge them from the Husband who was a Japanese sword smith. When he turned 14 he became aware that he was an alter user (luckily his parents lived out in the country at the time and weren't home). His adopted parents were killed when he was 16 by a robber he then killed the robber and has been on his own ever since.
Current Loyalty: Kiera Willow ( One of her top assassins he always gets his job done and only answers to Kiera Willow.)
Alter: He has the ability to manipulate and harness energy... it gives him greater speed, agility, reflexes, senses, and strength... he can also put the energy into his sword. Amazingly his black Katana is his alter. Thus the reason he never has a sheath for his katana because he summons his alter and BOOM! there it is a black Katana.
P

Original poster
Man your really making me think about this. Seriously I have a bunch of stuff going on but I really want to do S-Cry-Ed. Perhaps I shall make a less intimidating character this try heh.
P

Original poster
I have added some extra details to my three alters. Please review the new 'style of leadership' for your choice of starting loyalty.


Okami, two things, first, you need to describe what your alter looks like, is it some sort of armor? and second, your alter power is a little too general, I would say either have the enhanced combat abilities, fire control, or lightning control, not all three. Each of those is a powerful ability on its own.
T

Also, one more thing, Okami. YOur goal is to find and kill the alter that killed your parents, but in your background, it says that a robber killed them, and that you already killed the robber.
O

Now, about your alter. The thing about an alter is that it is actually from a different dimension, and in order to manifest in our world, you need to summon it, and every time you do, an equal amount of mass from our world is destroyed. A kind of equivalent exchange thing. So a tatoo would not work. Also, when an alter-user first manifest's his powers, it's generally very, VERY violent due to not being able to controll the alter he/she summons.
O

Original poster
Thanks for the correction I'll be sure to edit it.
O

Original poster
By the way who is your affiliation to bright?
T

Original poster
Lolz... and thanks again for pointing that out to me.
P

Original poster
Thank you.
I

Original poster
I will join -smiles- alright I can make two characters? or just one?
X

Original poster
You are very correct - I do like this. I'll think up a character and post it up here by the end of the day. I'm thinking focusing on some sort of elemental power but no exact points just yet.
P

Original poster
For now one, if we don't get more people by the weekend, you can make a second one.
T

Current Goal/Purpose: To extend her territory and stay alive.

General Personality: Aurora is a sweet girl, very caring of others and she will go out of her way to help someone. She is very independent and not used to relying on others for help. Despite her age, she is very tough and she can also be mistrusting. She prefers to work in the shadows, and is very sly. She is very smart and street wise and is also and excellent thief.


General History: Aurora is a street kid, her parents abandoned her when she was seven leaving her in the care of the local orphanage. The carers were cruel so she ran away, and grew up on the streets busking for and stealing what she needed. When she turned seventeen she discovered her alter power, and has been developing it ever since. When she was eighteen she met a man who taught her how to wield her twin swords and how to fight in hand to hand combat.

Alter: Aurora has the power to summon and control a tiger, which can burn with fire from its claws, its teeth or its breath. She calls him simply, Tora.