Rise of the Runelords: Chapter 2

RISE OF THE RUNELORDS​

Twenty years ago, a farmer killed a thief raiding his stores. His clothes and features were Varisian, and he was caught filling his waterskin with milk and honey.
They heaped his body, along with his posessions--a deck of cards, a starknife--for burning. As the flames consumed the Varisian's body, a wail pierced the heavens.
An aasimar infant, swaddled, unharmed and hidden within his scarfs.

Fearing divine retribution for orphaning the celestial-blood, the farmer took the infant to Sandpoint. He left her, a ward of the temple.

Within the temple walls, An-Nur found a kindred in Nualia, another aasimar foundling. The people of Sandpoint called them the Twins. And it soon became clear who was the misbegotten.

Nualia and An-Nur
Like the moon: light and dark


The fire took a liking to An-Nur. A burst of flame or noxious smoke would manifest from her saturnine tempers. As she grew, she became clever, able to see into the hearts of others, and lend guile to her words. She kept company with whores, gamblers, thieves, and deformites.

It can't be helped, often said in sigh or sneer, she was begotten from a fallen celestial.

No one was surprised when they found her room empty, the window open, her father's cards and starknife, gone. 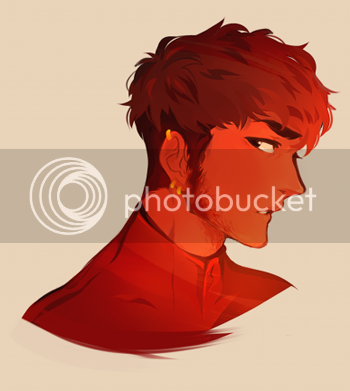 
Varisian boys born into the underclasses of Riddleport tend to meet with one of two fates. They either find themselves embroiled in the Sczarni turf feuds that rage through the city (something that's likely going to earn them a knife in the back before they hit 20), or they have the good sense to get the fuck out of dodge as soon as they're old enough.

Kolto is one of the latter. Escaping the anarchic city in the company of the Hookscar Mercenary Company, he has been trained in the art of street fighting by his upbringing and drilled in the use of axe and shield by the sellswords who took him in. Though not the hardest of hitters he can use both of his weapons of choice to great effect.

For at least a year he was working alongside the roguish fire dancer An-Nur, acting as both partner-in-crime and bodyguard when the situation called for it. Their travels brought them to the town of Sandpoint, a stop that Kolto believed was only going to be a short one. Little did he know of his partner's connections to the town, or the evils that beset it.

Three months on, Kolto finds himself thrust into a heroic role he never asked for and an ex-partner languishing in a cell, accused of crimes she did not commit. And his troubles are just getting started.

I PLOT NOTES AND STUFF TOO​ 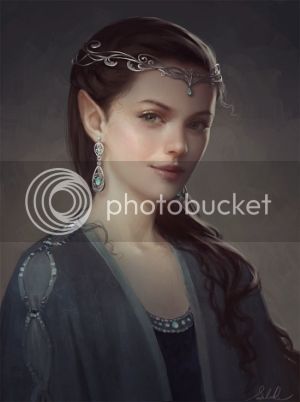 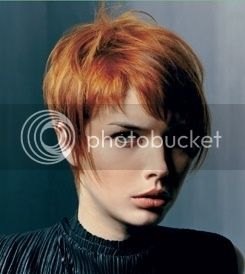 CHAPTER ONE:
At the age of twenty, Serenus left the forest that was her and her mother's home. For years she tried to assimilate into elven society, but found that it wasn't working. During a hunt she would scare off the game by stepping on twigs or speaking at the wrong time. When it came to communicating with the animals, Serenus often got frustrated. The elves themselves were starting to distance themselves from her, calling Serenus greedy and selfish. Rumors floated about Serenus' heritage, that having a half breed would harm the clan more than help it. Serenus tried to fight against their prejudice, but when the harassment befell her mother she decided it was time to leave. Serenus' mother, Giselle, bid her farewell and gave the daughter an amulet. The two parted ways when she was twenty-one.

In Sandpoint Serenus intended to live with her father. The two had a decent enough relationship. Serenus' mother allowed the two of them to visit, and at times Serenus would stay the night with him. Tytos Carroway was glad to have his daughter live with him, and the two of them coexisted splendidly. Serenus even befriended some of the city elves, notably Tatharel, although the half elf found that she didn't fully acclimate with city life. A bit of the Wild still remained in the witch.

Serenus found a job as a transcriber of old manuscripts for the Church. While she has no religious ties to the Church, the local priest Abstalar Zantus has caught her eye. She is reluctant to act upon her whims, especially since she's been discharging strange magics. Serenus suspects it has something to do with her amulet.

CHAPTER TWO:
A series of traumatic events, such as Tatheral leaving, the realization of her elven and dark heritage, along with Father Zantus shunning her spurned Serenus into a mental break down. The woman cut her hair, fled her father's home, and tried to make a living in the woods. While Serenus failed miserably at this, she often returns to the woods for seclusion, and comes to the town to gather supplies or otherwise read. After raiding Thistletop and getting rid of the enemies that reside in there, Serenus is growing ever more curious about the witches that reside in the chambers with the barghest. 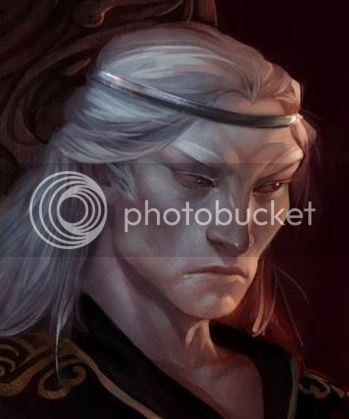 93 years ago a child was born to Canen Malechar, a spice merchant of Magnimar. The mother - a devil conjured and ravished in a secret ceremony by Canen and his friends. The boy was brought home and thrust into the arms of Liza, the downtrodden wife who was both horrified and resentful of the adulterer's spawn.

What followed was thirty years of psychological battle. Liza was no fool, and neither was the self-educating tiefling. "Mother" and son found a hundred ways to hurt one other behind Canen's back. It left Voren with a lasting contempt for women, and a penchant for twisting the rules to get what he wanted. After thirty years the final blow was struck. A decade studying the arcane arts beneath his father gave him the means to vengeance. On the very night Voren learned the art of Burning Hands, he used it to scar his "mother" and burn every hair from her head.

It was one game too many. Canen cast out his son from the aristocratic high life he had become accustomed to. Without his father's money to buy acceptance, the tiefling received a cruel awakening to the people's hatred for a devil-child. Voren fled the city before he was stoned to death.

Sixty years passed in exile, the tiefling living as a drifter in the Hinterlands of Varisia. He followed the Yonabakari River and lived many decades around Nybor. The town was accepting of half-breeds, and Voren might have found peace among the gnomish population. But their magics were not his own, and their nostalgic, fickle demeanours only stirred his anger. He grew tired of the cantrips they taught him, and after a savage magical duel, in which he crippled a gnomish elder, the tiefling went on his way again.

Stories drew him westward, to the Lost Coast. Stories of Thassilonian ruins, abandoned towers, witch cults and harpies. He happened upon the town of Sandpoint, and immediately sought to investigate the Lighthouse (drawn by a large fire on the island near it). Little did he know that the Chopper Killings were at their height. When an old man came out of his hermit's shack and started yelling at Voren to stop skulking around in the dead of night (lest he wanted to be lynched), Voren met his first and only companion in the town that would become his home.

The old man was named Quink, and was a sage of ancient empires. He took on Voren as an apprentice, and they remain colleagues to this day.

But now Voren has new companions... companions who have led him into the heart of Thassilonian mysteries...

And what's more... he has stolen a sword from the Catacombs of Wrath... a sword that trapped the soul of the serial killer who was slain that same night he arrived.

Fate has its humour.
​


Wandering Warrior was a name given to a child whom liked to play where he shouldn't and reveled when he got into fights. Animals, people, large brush were frequent enemies of his life. Besides that, he wasn't really any different from most Shoanti.

When Rodeh started to learn to truly fight, like a Shoanti, the man found that large weapons were his preference. They tended to be more destructive and mowed down even the most armored of enemies. Anything that needed more than one hand to wield, give it to him and everything would be just fine.

Thankfully, growing into an adult had helped him to keep his emotion in check. Rodeh was also shown the importance of unity, which lead to the tribal tattoos on his body. They represent what a unified Shoanti people could do. Prosper.

However, he felt that to unify his people that he needed to be unified with himself. After much consideration, The Wandering Warrior decided to leave his tribe in search of himself. This is what brings him to Sandpoint. It was a nice fishing port that was poised for a wonderful rise.

Rodeh found work doing manual labor as odd jobs. If someone needed help moving or had a broken cart to push somewhere then he would be there. Otherwise, helping the fisherman out by giving them muscle was what brought in the gold.

He keeps his skills sharp by helping the Shoanti with training the young and things of that nature. Right now, this is what makes him happy. It may not be the solution but it is a step in the right direction.

Overall feelings towards the party: He wants to keep this not so well oiled machine together as much as he can. He feels most close to Kolto and Serenus but keeps the rest of them in his heart (Even if Voren seems to just want to carve his way out).

After the attempted goblin raid, Rodeh quickly became attached to the idea of protecting Sandpoint. With the events that followed, it seemed that his decision was fateful and most likely the right one. The company he kept wasn't the most righteous or kind, but he still believed they were good people. At least, good in their own way. Whether it was because they were protecting family or following a contract.

Even with the in-fighting and the blood, he managed to also grow attached to his party members. He eventually comes to see them as family, even if it ended up being the loosest sense of the word. Often praying to Shelyn, he hopes to keep Sandpoint and his friends in the light of beauty.

His journey ended up taking him everywhere from shady taverns, to bloody glassworks, and to almost scarring Thassilonian ruins. The experience changed him, fortunately, for the better (he thinks). The information he gathered was reluctantly taken back to his people, not knowing how they would react. His own tribe ended up embracing him as a hero. It was wonderful, and soon enough he returned to jump back into the fray in Sandpoint.