Genre: Sci-Fi
Location: Lost Earth. Hundred Thousands of Years in the Future
Joining: JUMP IN. No bios required, but recommended!
Basic Setting: An exploration ship has rediscovered Lost Earth. They will investigate and explore the planet to reconnect with ancient history and learn what has become of Humanity's first home during their absence.

THE EXPLORATION OF LOST EARTH
Eons ago Earth was abandoned in what was called "The Great Exodus". After being abused by humanity, the planet was dying. Viral infections, scientists playing god, nuclear war... all played a part in destroying the natural beauty and habitats of planet Earth. Humanity decided to leave the planet, branching out in to the stars of other galaxies. Leaving behind the weak, the infected, and the poor to slowly die along with Earth...

Thousands of years later an expedition has been funded to find "Lost Earth". Much like legends of Atlantis, Earth became nothing more than myth or legend to current generations. Star charts and maps have been uncovered and a large exploration ship has found Earth at last. It will be the greatest historical discovery in mankind's history.

Of course over the eons, Earth has changed greatly. New species have changed and evolved. Lost Earth is wild... dangerous. And nothing like what it used to be.


JOINING
This is a JUMP IN, so no bios are required. Just go and start playing whenever you are ready. However, I highly recommend throwing one up anyway for reference! (You can use any of the templates in the Roleplay Vault!)

Characters can be Humans off the Exploration ship OR you can be "humans" from Lost Earth. I have no specifications on what the Lost Earth humans have become like or what other races have evolve. >:] You can get creative. There are NOT any discovered alien races in this universe.

KEEP IN MIND: Technology on Lost Earth is practically dead. Living peoples of the planet would have no idea how to use old technology, not that it would work after this long.

So just asking, how dangerous is the wildlife on earth? normal jungle dangerous or holy crap the trees eat humans dangerous? Or a cross of both? 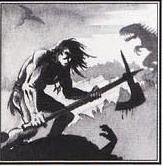 Oh~ I think I'll be playing this one >83 I go find a picture and make a profile now!

General History: Laack was born in a Skivv tree villiage near the Carcaeon valley to the Apha male and his mate. She grew up in the forests and learned quickly of the dangers of it, becoming a skilled hunter and sacavenger. She is currently helping her father control and lead their herd, being the one who will take his place when he passes. Even though she is meant to take her fathers place she happens to be a bit more uncertain about unknow things, having witness more than one violent death of someone close to the hands of an unknown item. In the end she still is highly regaurded.


Skivv General Info: The Skivv are a breed of humans that live in the jungles of earth. The majority of them live in the woods near the valley of the Carcaeon, since the river that flows through the valley takes a turn into the forest before entering back onto Carcaeon land. Though the Carcaeon just see them a reliable allies, they are in fact considered the "Guardians of the trees" by many of the other humans. The Skivv seem to have a deep sense of justice and are often found following inoccent groups of humans through the jungle, only so they can protect them if need be. However, even though they do this, they never willing approch another human outside of their kind.


They don't seem to have much of a language, most of the communication is done through hand signs, very close to sign language, or vocal sounds, like screeches and growls. They are very close nit though, living in massive herds in tree villages they have built. They all live for the herd, so if one catches food, it is shared among everyone. No one is allowed to slack off though, each Skivv has a job to do. They also seem to prefer to go bare clothing wise, though they have been seen wearing jewelry of some sort or bits of cloth as some form of decoration. The Skivv also are a hunting gathering group, though in some tree villages they will have a communial garden where food or healing herbs would be grown. The Skivv also seem to be loyal to who they sleep with, staying with a mate until one of them passes on.

General Appearance: Like most Carcareons, Teneb has wide eyes, with large irises, flickering with reflective layers inside to amplify his vision in low light conditions. His hair is nonexistent, shaved off to show his membership in the priesthood. His skin has a slight grayish pallor to it, and a somewhat scaly, leathery look. His lips are thin, his nose flat and wide, typical Carcareon features. His toes end in blunt, hoof-like nails, the nails of his his hands are similar. His left arm has a long series of gashes on it, running from shoulder to hand, the marks of a past battle.

General History: Teneb was born in Carcae, one of the largest 'cities' on Earth. It's territory claims a fertile river valley, which they guard jealously. Its stone walls keep out the jungle, and give its people shelter from the beasts and other humans who would intrude on the lands of Carcae. His mother believed that he would be born as one of a pair of twins, which few Carcaeons survive. To gain the favor of Caeonos, Father of the Earth, Teneb's parents promised that their children would become priests or priestesses. However, only one child survived birth, Teneb. His parents kept their vow, and Teneb was apprenticed to the priesthood. He has served admirably, becoming a member of the warrior branch, swearing by his life to protect Carcae from attackers, both from the earth and the sky.

Carcaeon Beliefs: The Carcaeons believe that they are the favorites of Caeonos, the Father of the Earth. The Histories say that generations upon generations ago, the Gerayt, sky-people, came to this world to strip it bare, poisoning the earth and sky and enslaving the Carcaeons. When there was nothing left to take, they fled back to the stars that they came from, abandoning the land. With the Gerayt gone, the Carcaeons could grow and adapt, leading to their present golden age. They have a very well developed understanding of the movements of the moon, stars, and planets, as part of their duty is to watch them constantly for the return of the Gerayt, which they believe will begin the end of days.
C

Awesome concept, Di! I already made my post in the IC, here is a character sheet to go along with it.

Nickname: Deegan
Full name: William Francis Deegan
Rank: Major, Engineer First Class
Occupation: Mechanic
Race: Human
Birthplace: Space Station Sirius 3-beta
Gender: Male
Age: 25
Appearance: Tall and athletic, with his limbs perpetually covered in engine grime, Deegan fits right in with the gritty technology deck gang. A small camera hovers over his right eye, attached to his skull with a curved black stick of synthetic plastic that projects out of the back of his head, letting him remotely monitor the Paradise's systems at all times. Ruddy and auburn-haired, he wears his hair in a state of disheveled ease. He dresses comfortably, paying no attention to the military-esque standards of conduct and dress code on board the Paradise. 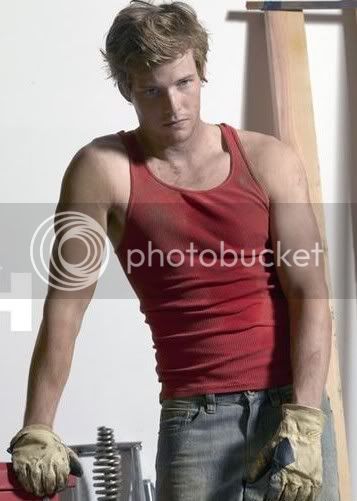 Personality: Affable and friendly, Deegan breeds a healthy sense of camaraderie around him. He is a capable, well-liked leader among his teammates, although he can be careless at times.
Strengths: Quick-thinking, physically quick and agile, knowledgeable as to ship mechanics
Weaknesses: Headstrong, stubborn, impulsive, prone to taking risks, hates admitting to errors/always thinks he's right
History: Deegan was born on a space station in the Sirius star system to a large family of colonists. He has studied and worked on ship engines since he was a teenager. A restless and impetuous sort, he was never happy to settle in any one place. He has worked on ships in one form or another all his life, only setting foot on any planet for a few days at a time. He volunteered for the Lost Earth mission in an effort to prove his mechanical expertise to the higher-ups and make a name for himself, besides breaking new ground on a mysterious planet. He aspires to be a ship captain himself.
P

General History: Atlan is one of the highest members of the Ternalis. He has gotten there through proving himself in science, hunting, and polotics. He has held the position of Arch-Magus for seven years.

Ternalis Society: The Ternalis is a society based on quasi-science. The epicenter of Ternalis science is on crystals they use for a variety of purpose, from translating spoken and written languages, to powering basic constructs.