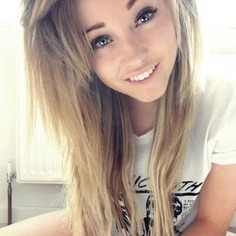 Niamh Blake, 17
She is a Roman Catholic girl, whose father is a vicar at a local church. She is studying for her exams, and doesn't have many friends since she is almost always at home or at church. She is restricted from talking to boys outside of school by her parents.
[spoili]

[/spoili]
Spending so much time repressed by society, Niamh has always wanted more freedom, and has always wanted to rebel against her conservative religious family but has never truly found the chance to do so.

Justin Yaren, 18
He is the baddest of the bad. He tends to be the rebellious person though he is not a criminal. He has no regrets with anything he does. Neither does he date but he did have a crush but when he stopped being a bad boy for the girl she left him. So now he's just cold hearted willing to help others see the world but isn't as friendly as he used to be. Though he is always forced to go to church from his mother due to him being a bad boy and 'doing sins' he didn't even trust in God. Nothing really stops him from being the bad boy.​
"I heard the Ahmeds moved out from next door."

Niamh lifted her head up when she heard her mother say these words, and turned her gaze to her father who was sitting in a leather armchair with a newspaper in his hands, spread wide open. Slowly, he peered over the top of his papers, through his thick glasses lenses, and then shrugged his shoulders and returned his attention back to his newspapers.

"I didn't really like the Ahmeds anyway," he murmured, as he began to scan the words of the text before him. "They were too different. And I know for damned sure that they weren't praying to God. They can't preach their Allah bullshit elsewhere!"

"Dad!" Niamh blurted, in their defense. "They were nice people, no matter who they prayed too."

"Yeah, well, let's just hope we don't get some hillbilly Hindus this time," he muttered, closing the papers.

"Firstly, they weren't even Hindu, they were Muslim," she stated, standing up. "And secondly, you only said hillbilly because of the alliteration because they weren't anything of the sort."

"Where are you going?" he demanded, glaring at her.

Justin is always a rebellious person. He was even close to being sent to jail because of him not caring about rules. He is forced to be in a new home everytime the police finds out who the boy is or if he gets really in trouble. Justin recently was forced to move out though he didn't care that last town was junky. He wasn't really great at being kind to people though, he did have to be even if he doesn't like it. He soon just got up and looked at the sky and snickered. He was going to hopefully find a new subject to toy with. Most were female due to since they were always a rebell group too.

Soon he and his family had finished moving into the house and he sighed. He was just outside holding a few cigarettes and a lighter. He just started to light it and smoke. He soon saw a girl leave her house and he tilted his head. He knew he was in a religious neighborhood and he didn't like this idea due to everyone having their purity still. Though he never cared about having a religious person as a friend long as they don't try to change him. He soon let the girl come over to his house and he just let her talk to him.
Show hidden low quality content