When the year 2015 was coming to an end, people thought the world was going to come to an end, just like every year. This time though was different, it was real. Several missiles went off exploding every major cities. It is now the year 2018, and for some reason you're in Russia? You are in old Russia and you were captured, a mad scientist chooses your bodies for an experiment. One that would change your body significantly. Oh wait not really. "Your eyes, they're....they're, perfect" The scientist says, you're eyes have become a silky blue blind color. But are you really blind? Hell nah man, why would you be. Each patient was given a similar drug, some died other lived. As your body receives the oxidation treatment your eyes turn a potent neon color, different for each patient. As your Forearms to hands, and your calf to your foot finish they start to grow, things such as scales, or fur, claws even along with a few parts on the neck, or top of the head, and forehead. You feel stronger much stronger. You take the this chance to escape, tearing through guards and such. You wake up hours later somewhere off away from the lab you eyes return to that color of being blind, your scared of the changes that have been made in your body.

Okay so that's the intro, if it doesn't seem clear let me know, I literally just let my hands go and create this, I had to even go back and read it myself, I just amazed myself even.

Yes the setting will be old Russia. Now you may tell it's kind of like you becoming werewolves but not quite just wolves, things such as, lizards. Each person will get to pick which eye color you for your transformation, and i will let you know which transformation you received.​

@Satan's Mistress, @Zeroisdead, @Cybermoon, @GreyWarden207 if you like join, if you don't, then don't, and if you have people who may like it send them this way 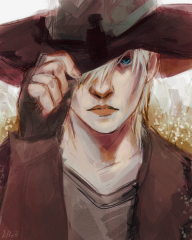 "Now I walk within the shadows..."

Sure, ok at least one more person and i'll start the ooc thread

"Now I walk within the shadows..."

Just start it, more people will see it after that.
Reactions: Stormi

@Blue Jay @Tanden the ooc thread is up
S

yeah 2 posts above your is the ooc thread
T

Yeshhhhh! If I may, I would take Silver Eyes
T