Original poster
The idea behind this is to showcase some of the touching, humorous, interesting, or just well written RP posts and quotes from around Iwaku. So let us know if you would be up to nominating someone if you run across something awesome! 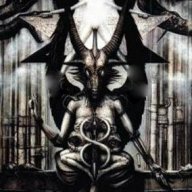 Panda said:
When the attack happened, Arkavenn had been at the toilet.

It had been a long, long day of construction work and he was enjoying a few drinks with his colleagues at the tavern - on his custom-made steel-reinforced stool, of course. But then, when it came to a man as big as Arkavenn - those few drinks equated to enough to put a grown man on his back after the frown man takes off all his clothes, climbs on top of a church and shakes hi- never mind. To Arkavenn, those drinks were barely enough to get him the bit tipsy. Though, Arkavenn's bladder worked just like anyone else's. He needed to pee too.

Arkavenn let out an almost erotic moan of pleasure and relief when he heard the sound of his urine splatter against the soil. In the rather chilly weather, a fine mist of steam rose up from stream of clear liquid that pooled in a small hole on the ground. Arkavenn was whistling as his urine streamed out in an arc of transparency and he nearly lost his footing when the alarm bell sounded. "God dammit." Arkavenn muttered darkly under his breath - he hated it when his pee sessions were disrupted and his tank was definitely not running on empty soon. About a minute later, Arkavenn was all zipped up and he was rushing to get dressed in his armour.
Click to expand...