Family and small kingdom slaughter by a large roaming Clan, a Prince dedicates his life to hunting down and destroying this clan for nothing more than personal vengeance! But does his vengeance quest go too far, and he loses his chance to have a normal life again...?
T

Original poster
A Knight of The Templar (religous service) has been trained, raised, and taught to kill the enemies of blasphemy. The wrong do-ers of society if you will. The only way blood could be spilled on the sword is only in the name of the "High One" However, when word slips that the Templar are secretly harvesting the richest and wealthy trinkets of the fallen 'infidels', The Knight and his sword is blood thirsty for the truth and revenge.

That guy had dumped her so brutaly, she had thrown her away like trash, how dared he do that to her? She had done everything he wanted for years, she had buyed everything he wanted, he had used her for so many years and now he told her that she were worthless. She wouldn't let him get away with it, she would get her revenge. Her love had been replace with hate. She would do everything she could to make him suffer more than he ever could imagine, he wouldn't dare to ever hurt a girl ever again. And she would enjoy every moment of her revenge. 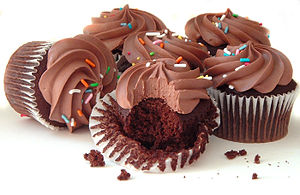 Cupcakes... That was her weakness.

Abigail was a very overweight woman. Fat and flabby she knew she was extremely unattractive. So when she finally, finally got herself a boyfriend she latched onto him for dear life. Nothing could get in between her and this man. They went out on the weekends, watched movies and cuddled on the couch together, he even took her out on Valentine's Day! Nothing could ruin this relationship...

Except when a Victoria's Secret model comes into the picture. Abigail's man completely loses interests and dumps her to pursue the model. Left in a state of depression, Abigail's sadness turns into rage. Night after night she would lay in bed, dreaming of a way to ruin this person's life.And then her ex let this new information slip right into Abby's hands. His new girlfriend loved cupcakes, and she also had a birthday coming up.

Certainly a few cupcakes wouldn't hurt her right? Maybe several dozen. Perhaps they should be doused in rat poison or should they be drenched in lard? They would certainly have to be addicting. This plan wouldn't work if they weren't addicting.