One on One Search

Original poster
Looks like I may as well throw up my lot here as well.

Just some simple searching. Go on and read through.

First off, looking for IM RP's. This means AIM, Skype/MSN, ect. Why? I like fast replies. Most would assume this means shorter replies, and that'd be correct. Paragraph or two. Don't want a single post skipping over an hour in RP world, leaving nothing that can actually be played on.

Secondly, there's the furry tag there. Now, I know everyone's not cool with it, and some are. It's not entirely required to be a furry RP, it's just that all of my characters are furries. What your character is, is up to you.

So, onto the RPing bit. Romance, smut, such and such. Mature themes. I'll do MxF or - with convincing - MxM. I will note for the latter, I play a top.
As for what I want to RP? I like slice of life RPing. Casual stuff. I like to get into an RP and relax, not work out a novel, seeing as I'm most often multi-tasking.

Need a list of ideas? I'll admit, I don't much have one. Aside from such a list could change from one hour to the next, I much prefer to figure out something with the other person. Usually there's a good mutual spot to build off of, so don't worry.


I think that covers the lot of it. Assuming I know how this site works, throw me a PM and we can get to working something out. 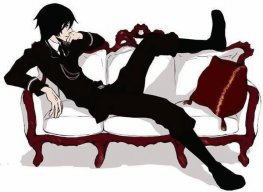 LURKER MEMBER
FOLKLORE MEMBER
Im really interested in some of the ideas you have.
A

Can't say I've got any ideas off the top of my head. Though, go ahead and shoot me a PM.
A

Original poster
I don't usually do furry role plays but I'm willing to try anything once if you are still looking.
A

LilyEvans said:
I don't usually do furry role plays but I'm willing to try anything once if you are still looking.
Click to expand...

I am. Just shoot me a PM thingy, can smack out the details.
Show hidden low quality content