The name of the establishment was "Night Sun".

It didn't look very special. At all. It was a department-sized building next to a popular mall. No one paid it any attention until it became the hotspot at night.

It had become, simply, the best club.

With drink names such as "Spunk Spit" and "BJ On Grass" and knowing the vague, somewhat known drinks such as "Drunk Ninja" and "Shit on Grass", it was a great bar as well.

But what it was known best for, was its light shows, specifically, for glowsticking and glowstringing contests.

The thing is. This club is situated in a poor area. And each week, the prize for being named "Best In Show of Glowsticking/Glowstringing" is beyond 50,000 USA dollars.

She's won money for both classes, and her signature is wearing over twenty glowsticks on her body at once and using them ALL during a performance, usually all of them are red or orange. She uses the money, not for herself, but for her younger brother, who was diagnosed with leukemia. She pays the medical bills with the prize money. And almost always, under her is "Malachite"

Her strong point is glowsticking, with a high emphasis on Liquid Style. Her signature is staining parts of her clothing in the fluid of her glow sticks. Sometimes, she will even intentionally get some in her eyes to add to the effect. She's only actually won once, but her reason for fighting every week is to get out of this town. She's trying to buy her way into a new town, due to having a broken home.

Everyone else seems to be a wild card.

But there's been a rumor that there's about to be a championship, with teams, that might end up, with EACH TEAM MEMBER walking home with a full wallet of a million dollars. Three people to a team. Only ten glow sticks per each person.

What everyone is looking forward to, though, is Malachite and Phoenix picking their team members, seeing as how they are barred from picking their friends.

But there's a new group that is apparently coming up through the ranks.

Name: (Obviously the real name)
Stage/Rave Name: (What is your nickname in the club?)
Appearance: (Obvious)
Height: (This can affect your style of dance. If you're taller, you'll be able to work with much longer threads for glow stringing)
Personality: (Personality is important to know, since most times, you can see it matching up to their style of dancing)
Colors & Number of glow sticks: (You can only have a MAX OF TEN GLOW STICKS. Possible colors: White, Red, Purple, Blue, Orange, Green, Teal, Pink)
Signature: (What are you known for?)
Theme Song: (What's the song you can break a move to in your sleep?)
Reason for competing: (Why do you want that milly?)
History: (Just a short scrap)

Judging will go as according. Each team will go out before five judges. One at a time, they will perform. The top score a judge can give is a 20. If all team members get a 15.9 or higher, they move on to the next round.
A

Height: 157 centimeters
Personality: She is a happy and friendly girl. She is sociable, and makes friends easily. She loves helping people, but often ends up doing so indirectly through encouragement. She also likes to lead by example, often being the more sober of the dancers. She is smart, but is not good at arguing because she is a rather open-minded person and likes to mediate in arguments rather than be directly in the argument. Her personality crosses over to the dance floor in that she tries to do her role as best as she possibly can so that she can lead by example and encourage the others to do well.
Colors & Number of glow sticks: She has five pink glow sticks, two teal glow sticks, and two blue glow sticks. (total: 9)
Signature: Juggling five glow sticks at the same time while still dancing.
Theme Song:

Reason For Competing: She needs the money for college. Also, she wants to make sure her family can live comfortably until they can secure themselves and she can get a more reliable job of her own.
History: Kimiko was born into a relatively wealthy Japanese family. However, as time passed, her father became unemployed. Her mother soon followed. The only person providing money was her brother who was working. Eventually, though, Kimiko's family was forced to downgrade from a large apartment to a small one near the slums of the city. Dreaming of being able to let her family live comfortably once more, she took up glowsticking and glowstringing. She was better at glowsticking, so she eventually came to specialize in that, learning to juggle the glow sticks over the few years she has had to pick up the dancing style.

Awesome! Glad to have you on the team, Aquary.

Can I still join? 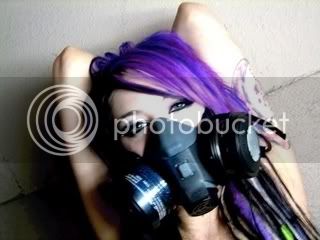 Height: 5'4"
Personality: A little bit of a mystery to most people and stays quiet when in public settings. There are some people who she sees every week that have never heard her speak. She expresses herself in her dancing, it being graceful and full of raw emotion.
Colors & Number of glow sticks: Two White, Two Purple, and Two Blue glowstrings
Signature: Wrapping the strings around her body, and jumping the stings.
Theme Song:
<object width="480" height="385"><param name="movie" value="http://www.youtube.com/v/X3qHbAsuo1M&hl=en_US&fs=1&"></param><param name="allowFullScreen" value="true"></param><param name="allowscriptaccess" value="always"></param><embed src="http://www.youtube.com/v/X3qHbAsuo1M&hl=en_US&fs=1&" type="application/x-shockwave-flash" allowscriptaccess="always" allowfullscreen="true" width="480" height="385"></embed></object>
Reason for competing: She wants to get enough money to move out and run off to L.A. to hit the club scene there and maybe start an acting career.
History: She had always been into glowstringing, since she was young and her father, a renown ex-champion, taught her how. Her parents divorced when she was young and her father died a little after she entered High school. Since then, she had been living with her aunt and uncle who tried to suppress her glowstringing. Ophelia always found somewhere to practice though.

I love the char sheet Patty.